Yikes. Yikes yikes yikes. Former Bachelorette Hannah Brown was live on instagram last night rapping to DaBaby's song 'Rockstar' and she said the n-word. Not good. Not good at all. And I'm not gonna get in the weeds with people who are like, "Relax! She was just singing a song!" Uhhhhh it doesn't matter. Don't say it. It's really that simple. A great rule of thumb is to just never ever ever ever ever say it. That is by far the best course of action. Doesn't matter if you're singing the lyrics of a song or not. And if you do say it, prepare to rightfully get hit with a FUCK TON of backlash like Hannah Brown is getting right now.

Hannah's response immediately after saying it in front of the thousands of people on her instagram live was really bad, too. She instantly tried to place the the blame on other people in the room named Brooke and Patrick when it was not Brooke or Patrick who said it. I don't know who those people are but Brooke and Patrick gotta be PISSED at Hannah B for trying to throw them under the bus for something she did.

Hannah has since put up an apology on her insta story 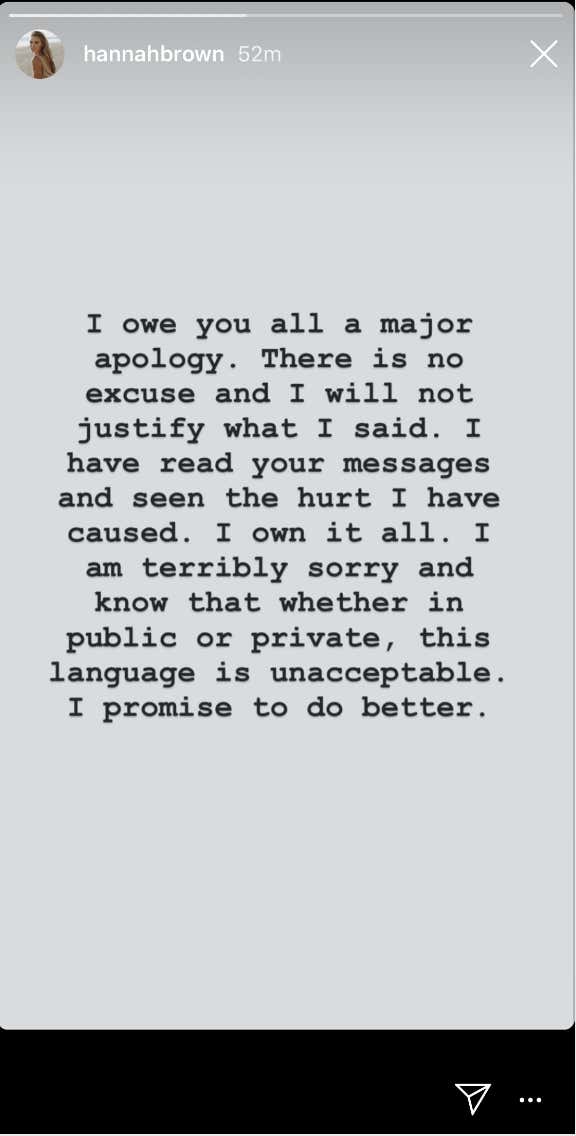 So I guess it wasn't Brooke or Patrick after all. Hannah seemed pretty drunk during the instagram live so you gotta imagine today is the worst hangover day of her life.