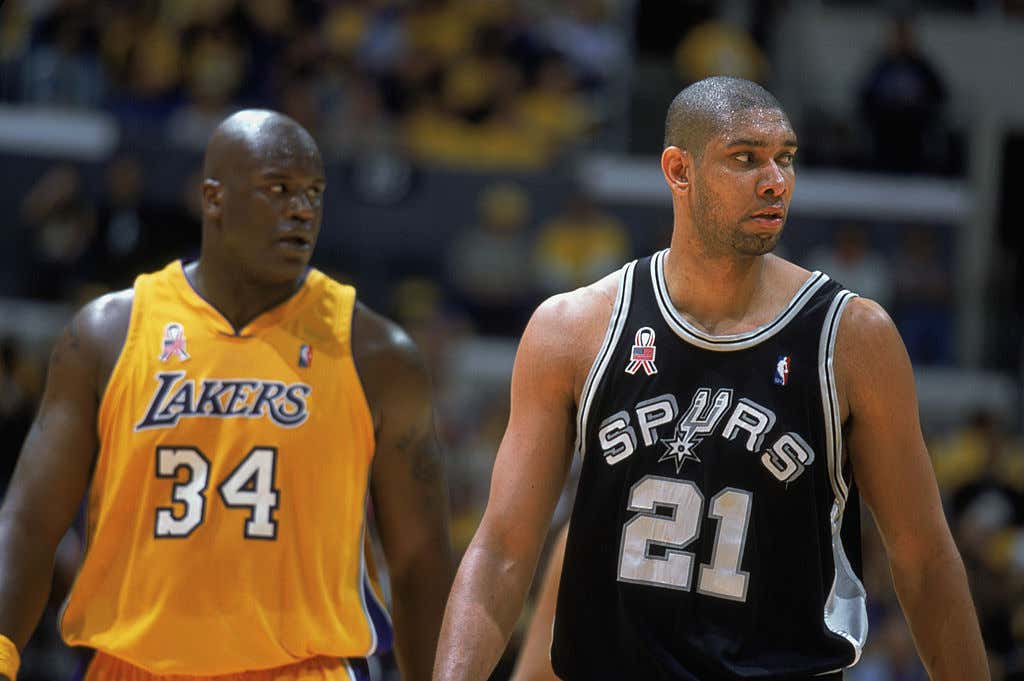 O'Neal blasted the Spurs' five titles on an episode of his show "The Big Podcast" claiming the Spurs 1999 title should not count because it was a shortened season. He also claims he personally wouldn't claim an "asterisk" title since in his opinion it does not count.

"I'll tell all of San Antonio to its face - you only have four. It's an asterisk. That's what I think. I would tell Mr. Duncan to his face you have four rings. It says you have five but the asterisks don't count. In anything I do I never want asterisks about it."

The Spurs' 1999 title is always met with criticism about it being from a lockout-shortened season. However, the playoffs were still structured the same as in seasons past.

OK seriously, what the hell is going on with Shaq. Is quarantine ruining his brain? I'm legit starting to get concerned. We knew something had to be up when he came out with his first horrendous take that the NBA should just flat our cancel their season

and now he's doubling down with this shit about the 1999 Spurs championship should have an asterisk. His logic once again makes no sense. So because the regular season was shortened, even with a normal playoff format and timing the Spurs title doesn't count? Let me ask you, what do you think is the root of this take? It's pretty simple. Someone is still a little upset that the Spurs swept his Lakers 4-0 in the second round of that 1999 playoffs. If things had gone differently and the Lakers won that series and the whole thing, do we think reaaaallly think Shaq says that Lakers title has an asterisk and doesn't count?

Of course not. This take is so bad it's like if someone said his 2002 title has an asterisk because David Stern clearly rigged that series against the Kings. Or his 2006 title has an asterisk because the same shit happened with the Heat against the Mavs. But nobody says that because it's ridiculous. Just like anyone who says a lockout season title in which they played the playoffs just like every other season should have an asterisk is an idiot. Everyone had to deal with the same shit. The facts are the Lakers got waxed by Duncan and the Spurs and that probably would have happened whether they played a full 82 regular season games or not.

We're obvioiusly starting to hear the same sort of take in regards to this season too. In fact I've already been going back and forth about it on Twitter today. Once again I fully disagree that whatever happens to end this season will have an asterisk next to whoever wins the whole thing. Even more so if the playoffs are the exact same as they've always been. I understand there are different circumstances with the hiatus, but every single playoff team has to deal with the same reality. I could argue this playoff run will be harder than previous years with guys getting back to basketball shape. I'm of the thought that with all the playoff teams fully healthy, it's the furthest thing from an asterisk season. That's what we want right? A chance to see everyone at their best compete for the trophy.

But seriously, someone please check on Shaq and make sure he's alright. I think quarantine brain is starting to get to him.