The schedule thanks to Broadway World 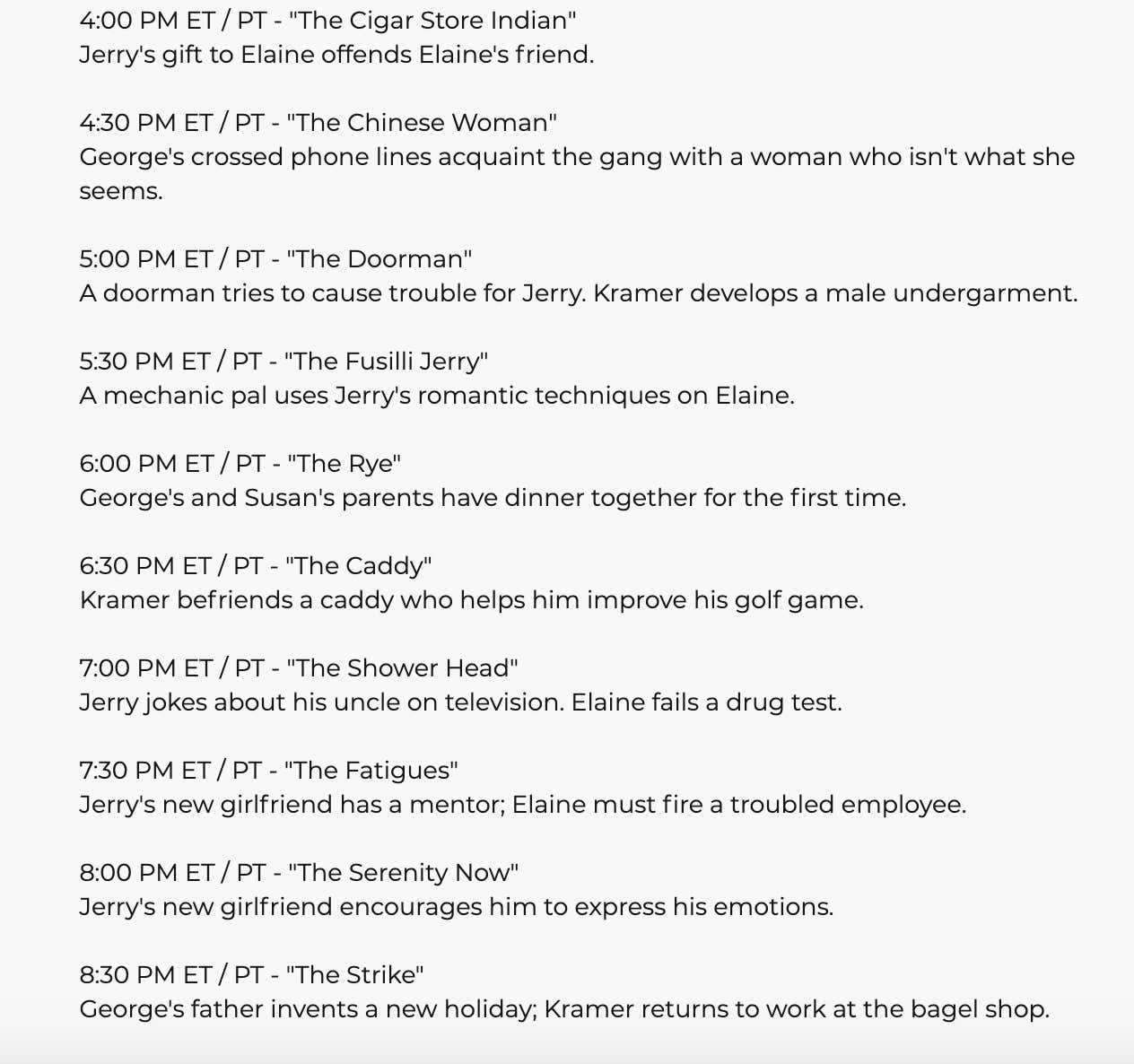 Yep, that looks perfect to me. Ending the marathon with arguably his two most notorious lines saying Serenity Now and Festivus. But this had to be done. Jerry Stiller is as much of Seinfeld as Seinfeld. When you start listing characters you have the Core Four, but I bet there are people who say Frank Costanza's name in that list. He was that popular. He's an all-time TV dad.

Jerry Stiller was one of the best secondary actors of all time. That's not a slight, he's obviously a star. But Frank Costanza and Arthur Spooner? Unbelievable. Frank Costanza on Seinfeld has some of the most famous moments on the most popular sitcom of all time. He stole the show and dominated the scene whenever he was on the screen. The moment he snaps into the yelling during a casual conversation is gold. It's gold, Jerry!

Here's the thing though. This just makes me miss the old TBS lineup. Back when we were in college it was perfect. It would just be a string of Seinfeld, King of Queens, Yes, Dear and The Office. You didn't have to turn the channel for like 7 hours. It was the perfect Wednesday afternoon in college to have on as you just sat and shot the shit with buddies. That's all I can think about with this 10 episode list for Saturday.