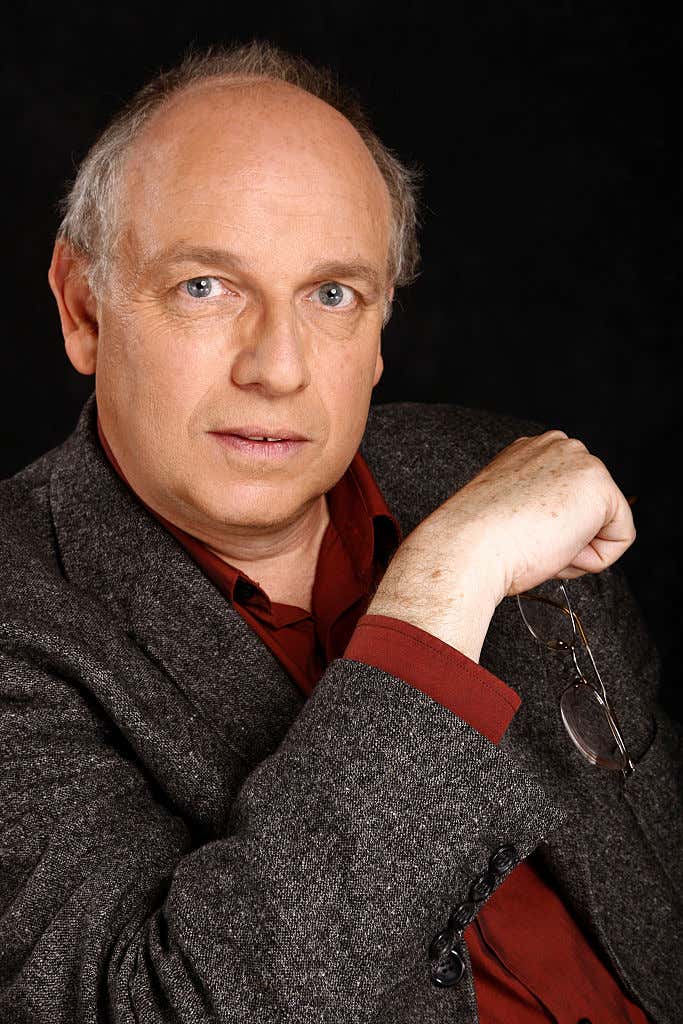 (Buckle up because this story is absolutely, in every single way, completely unbelievable.)

Up until a few days ago, Stephane Bourgoin was THE serial killer expert in France and his story was nothing short of incredible...

Bourgoin has devoted his life to discovering the person behind the slayings and, since 1979, he's managed to interview over 70 serial killers all around the world.

Cannibals, such as Ottis Toole or the South African pedophile Stewart Wilken; psychotics, like Gary Heidnik, whose case inspires the character of Buffalo Bill in The Silence of The Lambs; or Richard Chase and James Riva, authentic modern vampires; criminal women, such as Martha Beck or Christine Falling... necrophiles and headhunters, like Gerard Schaefer and Ed Kemper who serves as a model for the Hannibal Lecter by Thomas Harris.

Cannibals, pedophiles, psychos, vampires, necrophiles - you name it, he's faced them. He's put himself as risk, in front of pure evil, for the sake of understanding exactly who these people are. Perhaps if he can understand, if he spends his life trying to uncover their sick minds, he can prevent history from repeating itself. Maybe if the masses hear his stories, they'll see the warning signs before it's too late, before they're forced to suffer the same fate as him.

Stéphane Bourgoin's wife was murdered in 1976. Two years later the murderer was arrested and he confessed to a dozen murders.

It's no coincidence that Bourgoin interviewed his first serial killer just three years after his beloved wife was murdered. That kind of tragedy changes a person for the rest of their life, and from that point forward, he was on a mission to provide as much information as possible because knowledge is power.

In total, he's written over 40 books, 20 of which detail his terrifying findings, some more personal than others.

Sex Beast: On the Trail of the Worst Serial Killer of All Time
“Since 1979, I have met seventy-seven serial killers. Each interrogation is difficult, stressful, exhausting from a psychological and moral point of view, but the hours spent in the company of Gerard John Schaefer remain among the most significant of my career. From the moment I found myself in front of him, I had goosebumps. My body and my mind were subjected to a real psychic attack. I was overwhelmed by a kind of evil aura, which remains unexplainable to this day."

"Unexplainable?" Hmm.. I don't know about that. I think Silence of the Lambs did a pretty good job of making us feel Clarice's fear. Some might argue that as a writer, your entire job kind of is to explain that evil aura you were overwhelmed by. I mean, isn't that the point? To relay your first-hand experience?

Oh wait…  perhaps that shit was unexplainable because your body and mind were never actually subjected to it because YOU'RE A FUCKING LIAR! (credit: Le Parisien)

"I completely admit my faults, I am ashamed to have lied, to have concealed things. Then concedes: "Yes, I am a mythomaniac."

"Mythomaniac" is just a fancy word for serial liar, which is exactly what Bourgoin is. He told the world, made millions of dollars off of the 77 serial killers he's interviewed when in fact he "encountered less than 10." In fact, Schaefer would turn out to be one of the few he did actually meet, but even so, he still couldn't resist the urge to lie.

He assured his fans that he held [Schaefer] his funeral urn but also pieces of his body in his cellar, as improbable as it may seem, and that he would offer them to the first buyers of his book "Sex Beast", published in 2015.

LOL. For once he has a real encounter, but it's not enough. Not only does he exaggerate the meeting, he tells people he has parts of the killer's body in his home that he will gift them if they bought his book! What kind of sick fuck lies about having random bits of a dead person in their cellar??? That's some kind of marketing strategy!

"It was completely stupid on my part," he admitted during our interview. "In front of an audience of readers, I embellished and exaggerated my importance because I had this desire to appear stronger and more perfect than I was because I always had the deep feeling of not really 'being loved.'"

So…. having body parts in your cellar would make him stronger and more perfect in his eyes? Got it.

Let's check out some of the other claims he made while striving for perfection that never happened:

- Interviewed the notorious Charles Manson. Nope.
- Interviews with 67 other serial killers. Nope.
- Played professional soccer for the Red Star. Nope. Random, but I guess he had to throw one in for the ol' dating profile.
- Met and spoke to John E. Douglas, a former FBI criminal profiler who actually met with Manson and tons of other criminals and now has several television shows based around his character. Nope.
- Trained with the FBI at Quantico. Nope, but he did manage to  write an entire book about the fake encounter with Douglas and his "time with the FBI."

Thanks to numerous stays abroad… the author was able to meet the FBI special agents responsible for studying these extraordinary assassins, as well as profilers from around the world who use a psychological approach and computer databases to resolve investigations.

And if lying about the confessions of 67 serial killers he never met wasn't bad enough, or making money for 4 decades from those fabrications, or plagiarizing hardworking American authors/profilers - if none of those are bad enough, how about this one:

For a long time, Stéphane Bourgoin pretended to be a victim. A collateral victim of an American killer.

The man first built a terrifying myth that he told his fans about: in 1976, while living in Los Angeles, California, he discovered his girlfriend-fiancée-femme (according to his versions) dead, raped and mutilated.

Eileen was allegedly murdered by a serial killer.

HE SAID HE FOUND THE BODY OF WIFE/GIRLFRIEND DEAD, RAPED, AND MUTILATED! My God.

Cornered, he finally gave up another identity on May 7. According to Stéphane Bourgoin, the young woman would have been called Susan Bickrest. Waitress in a seedy Florida bar, making ends meet in motel rooms. Stéphane Bourgoin says he met her in 1975, when he was 22, and gave her money to "help" while acknowledging having had "intimate relationships" with her.

One fact is certain: the body of Susan Bickrest was found floating in a pond in Spruce Spring Creek on December 20, 1975. The young woman was murdered by the serial killer Gerald Stano.

So he allegedly has sex with a prostitute, she ends up dead, and he decides to turn that into, "I found my wife murdered and mutilated?"

"It's bullshit that I take on." he explains. "I didn't want anyone to know the true identity of the one who was not my partner, but someone I met 5 or 6 times."

Umm… so maybe don't say anything about her at all? No one would've asked a single question about her or her identity because NO ONE would know anything! Frankly, I don't even believe he slept with her. In fact, I bet he never saw her in his life. He probably picked up a newspaper, saw the story, and decided, "Boom, I got my sympathy card right here!"

And that's exactly what he did for 44 YEARS: lie about the murder and capitalize on his false victimhood.

The jokes and lies of Stéphane Bourgoin, Dahina Le Guennan can no longer bear them. This mother of three was raped by Michel Fourniret in 1982. She was 14 years old. Now 52 years old, it has taken a considerable time to rebuild.

When we ask Stéphane Bourgoin if he can understand the extreme pain caused by what he calls "a graphic novel", he replies: "I knew it would be the most difficult album to receive by the different protagonists of the case. I sincerely and deeply apologize. The Fourniret victims will be the judge."

This guy is just a complete and total piece of shit. He's basically an evil version of Frank Abagnale, Jr. Frank was pretending to be a doctor while others did the work for him, Bourgoin is pretending to be a profiler while he steals the work of others. Frank was fabricating counterfeit bills, Bourgoin was fabricating graphic homicide scenes of his fake wife. Frank fakes a law degree, Bourgoin fakes serial killer confessions.

Now, faced with faults and demons, he confesses, "I need psychological monitoring."

He is also in talks with a lawyer to "defend himself against the cyber campaign of slander and hatred" which he considers to be the subject.

Sure, now that all your lies were discovered by 4e Oeil, the anonymous group who outted you, now you realize you have a lying problem. Oh, and of course people's reactions are so unfair they need to be stopped with legal action. God forbid you should have to soak in any slander just because you've spent your entire life slandering others.

And begins now to write his autobiography, "without hiding anything"

And that's, without question, the least surprising fact of this entire story.