I hate getting overly sentimental online, but it’s hard to believe that we’re already 150 episodes into A New Untold Story. One hundred and fucking fifty? Being that deep into ANUS was nothing more than a pipe dream for Nick when he started at Barstool and pitched the idea to me three months ago. As two white dudes in our late twenties who live in New York City, the possibility of becoming podcasters didn’t even seem realistic for the longest time. Nevertheless we persisted, pushed, and found a way to make it happen. Hell, we always do. Here’s some of the highlights since launching the pod in early February (with links to the full episodes provided): 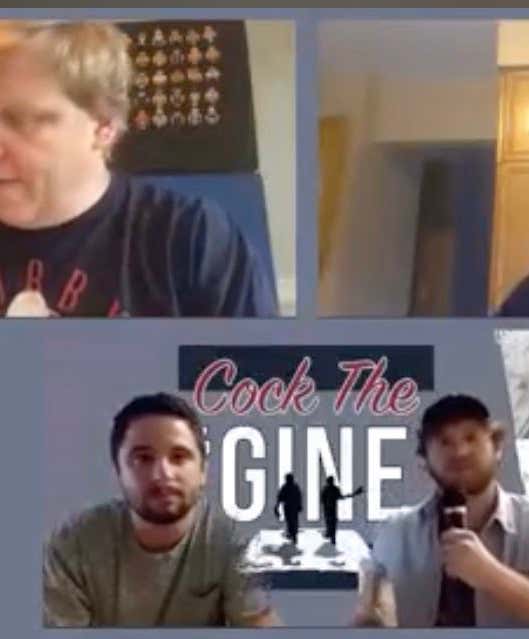 Barstool’s lovably outspoken college football expert, Jack Mac, had to cancel at the last minute, so the boys invited the brains behind the Unnecessary Roughness podcast, Kayce Smith, to join them. After she declined, they settled for former local sports reporter Brandon Walker as a replacement guest. The crew discusses Brandon’s infatuation with pigskin while also riffing about his casual interest in the sport of football. During intermission, the gang tries out his famous Mississippi sweet tea recipe and is pleasantly surprised. 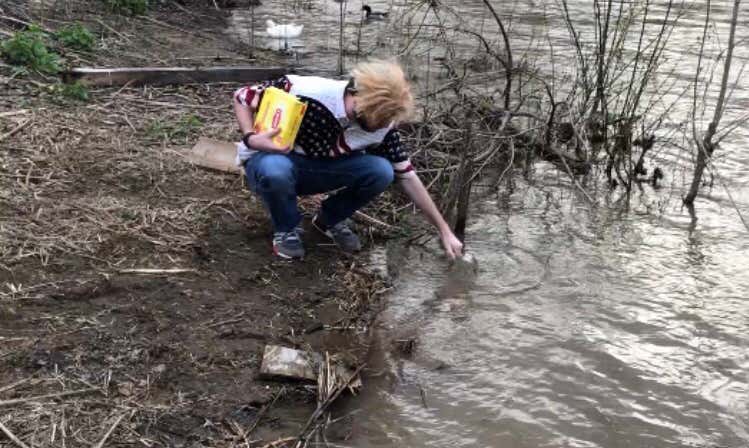 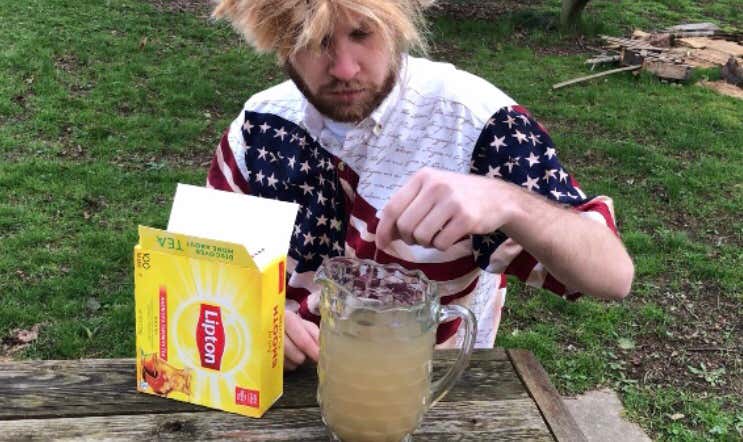 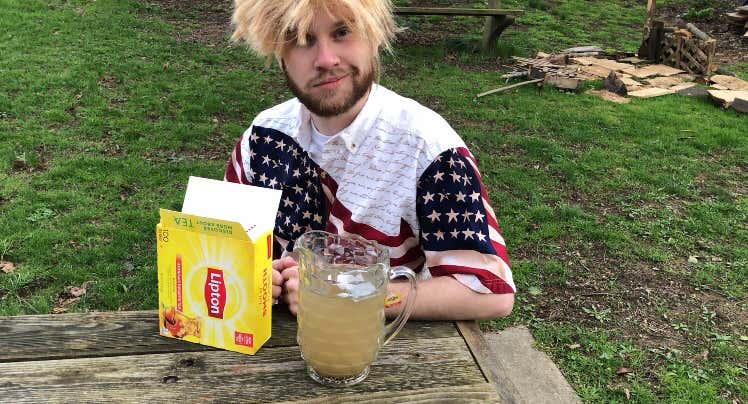 Despite falling victim to a couple stereotypical “Cali boy” trolls, the fellas managed to pull off a successful Q&A episode and give fans quality tips on how to become an aspiring internet star like themselves. The boys also unsuccessfully attempt the viral craze “edging” and make history by doing the world’s first ever silent ad read on a podcast.

Episode 101: The Two Types of Women

In this unforgettable episode, Barstool’s resident fucksmiths, Kyle “KBNoSwag” Bauer and Nick “The N Word” Turani, do a deep dive into the art of sex while also riffing about pussy. The “Rascals (sex sharks) vs. Flats (dead fish)” debate proved to be one for the ages, as the fellas pondered the pros and cons of dating a girl who either does too much or not enough in the bedroom. (Spoiler alert: They condemned both breeds).

At the 27 minute mark the fellas followed up their (now-infamous) Sybian unboxing by introducing their new official sponsor, Señor Ooze Refurbished Fleshlights. 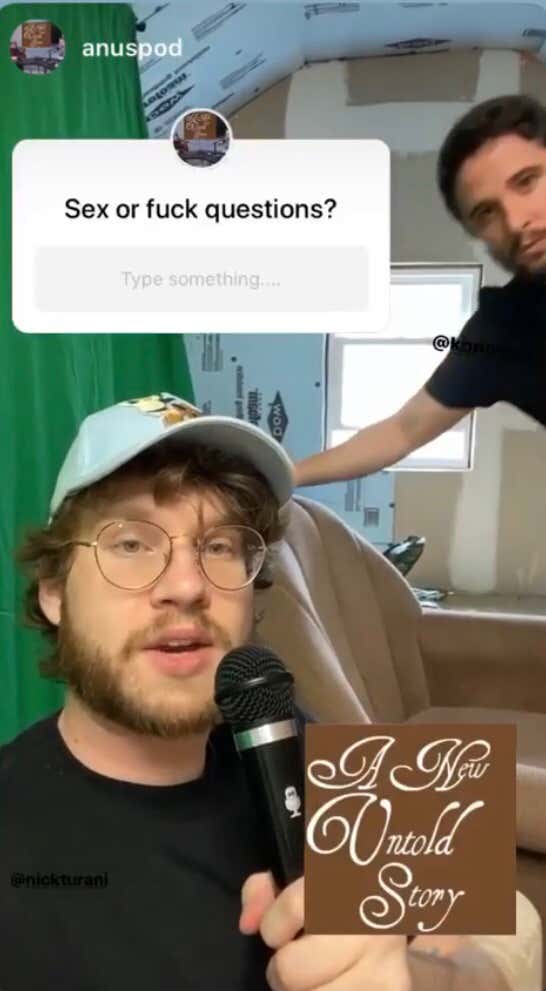 In this ANUS classic, the boys discuss the possibility of their new unpaid intern, Troy, being the worst type of person to ever exist while also riffing about the fact that the only thing he’s ever won in “life” is the battle against his pitiful father’s broken condom. Troy nearly bursts into tears and mass deletes all of his shitty tweets after getting mocked for being a pathetic douchebag. 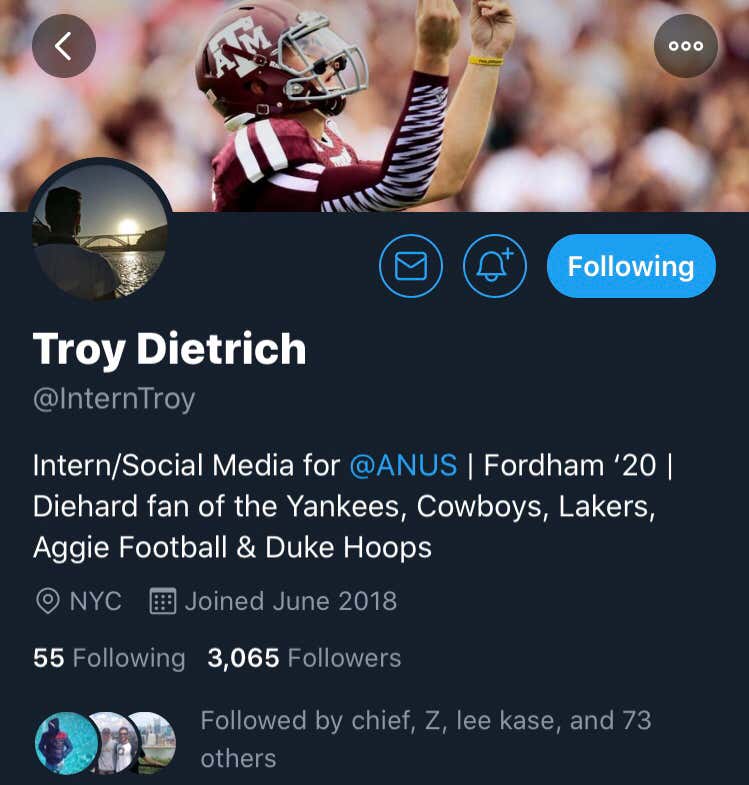 Episode 91: Once Upon a Time in Bollywood (Live from India) 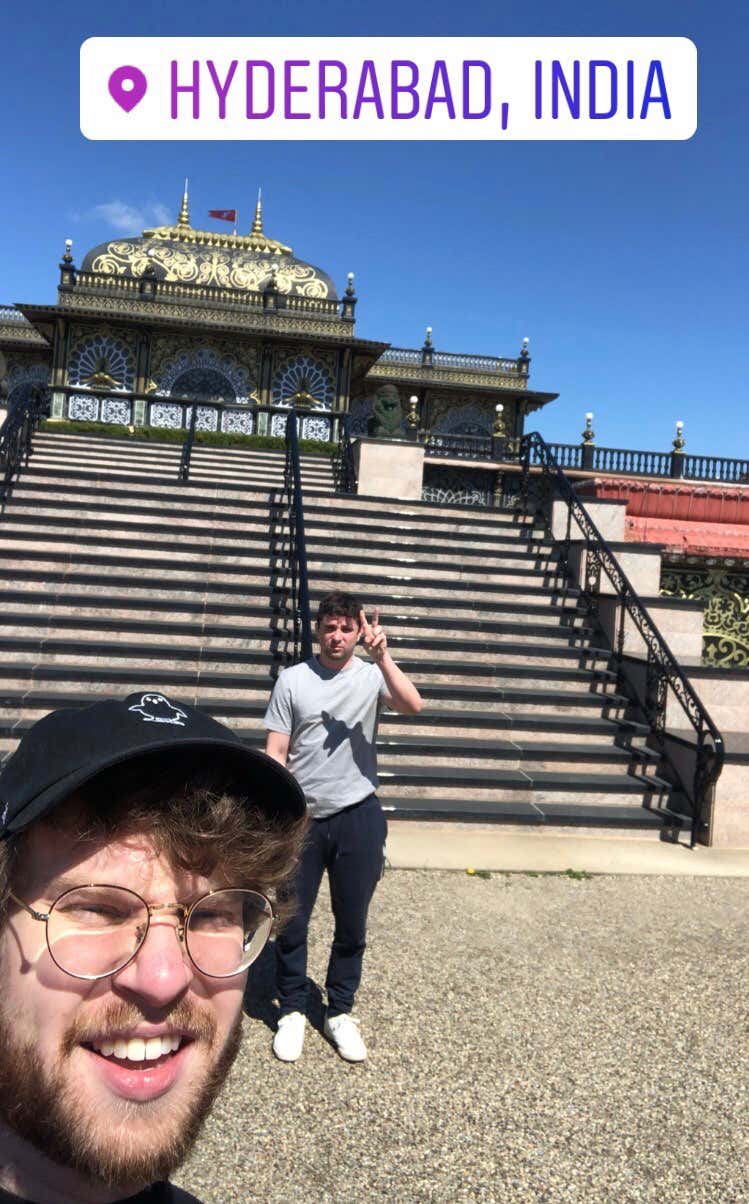 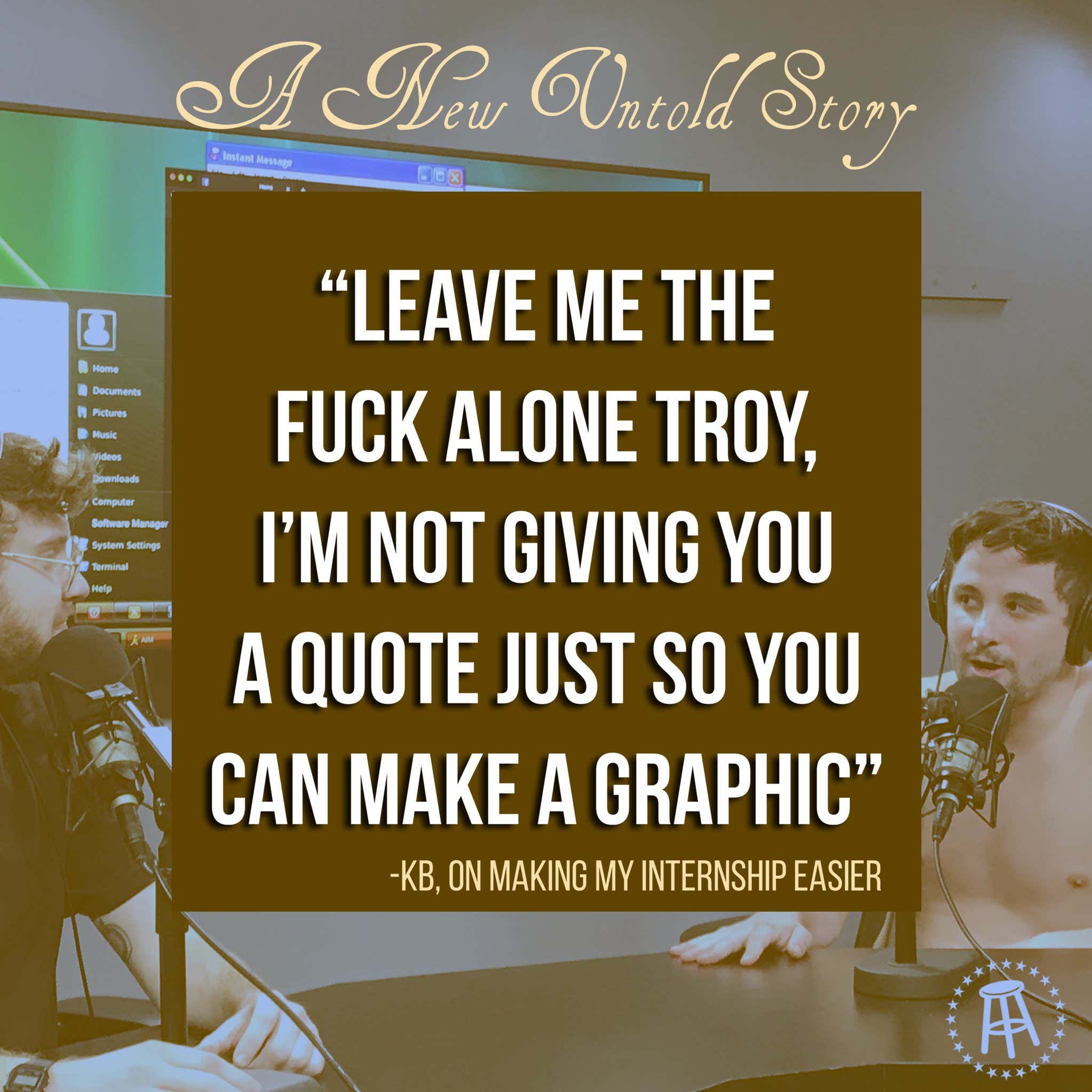 In this episode, the alpha of the ANUS duo goes shirtless and exposes his average-sized nipples for the entire episode. The boys also debate the sex appeal of tight clothing vs. full-on nudity and riff about the fact that no one in Troy’s life has ever or will ever even remotely feel a semblance of love for him. Former Syracuse superstar Gerry McNamara reveals he has chronic laryngitis at the 11 second mark and is silent for the rest of the episode. The ANUS boys justifiably take their anger out on Troy for booking a podcast guest who is medically incapable of speaking.

The boys hold their first ever fan giveaway challenge for a chance to win tickets to Blue Man Group’s North American Tour stop in New York City. Despite a massive logistical fuck up on Troy’s end, BMG super fans Nick and KB still managed to successfully rig the contest in order to win the tickets for themselves. 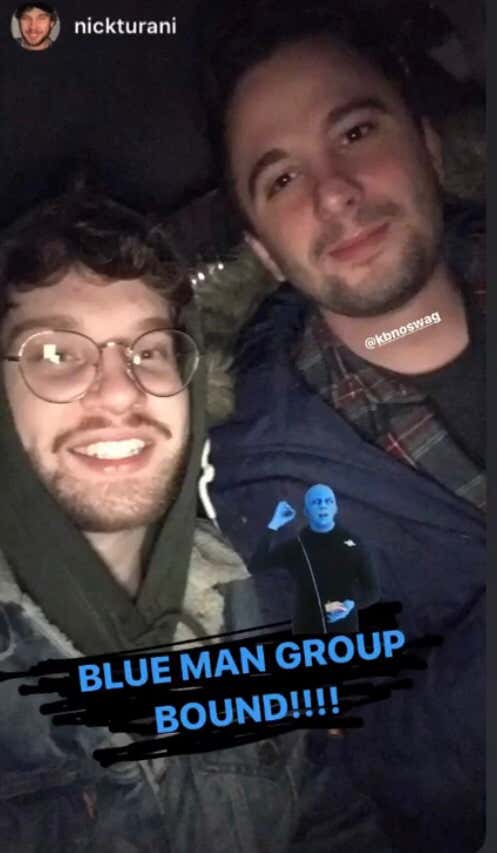 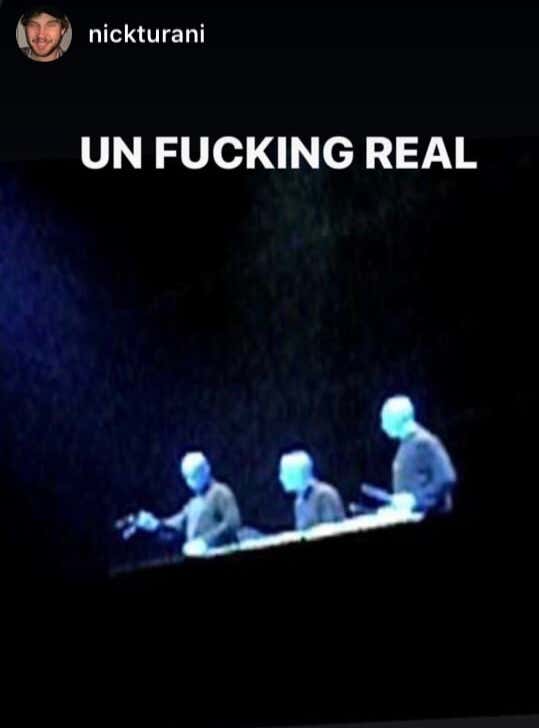 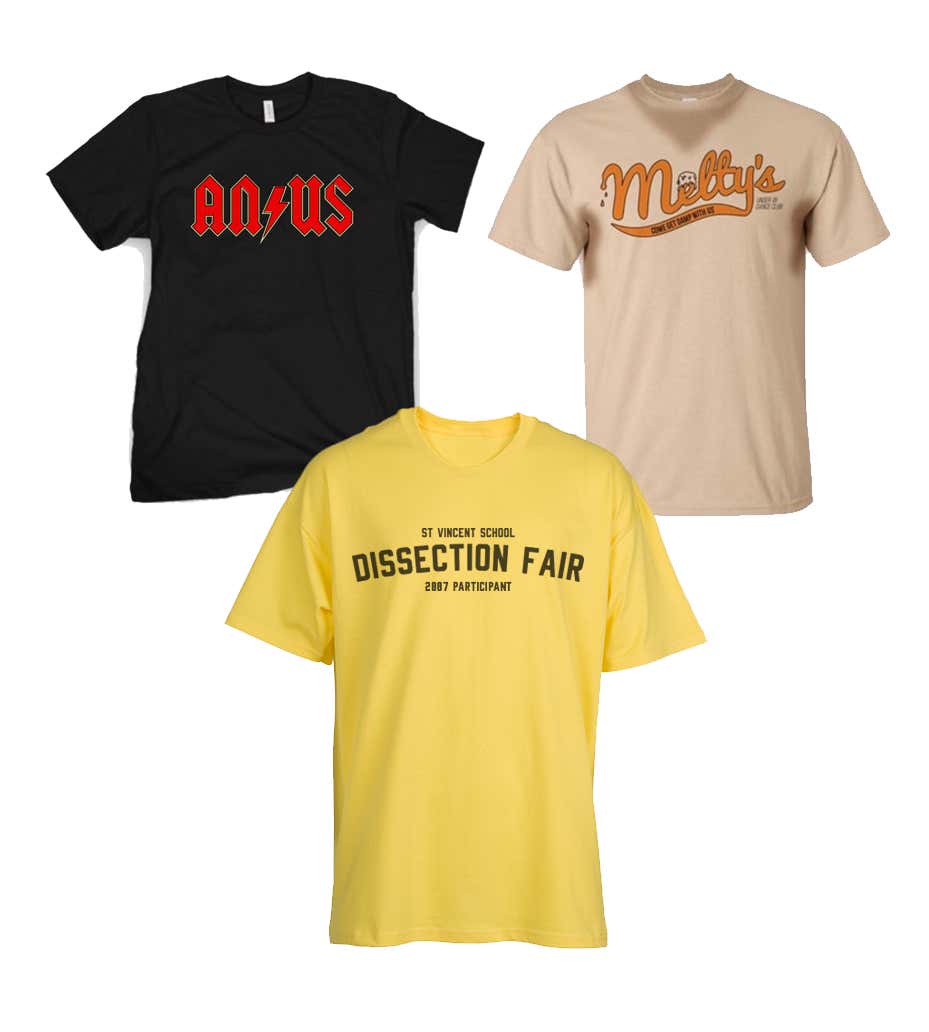 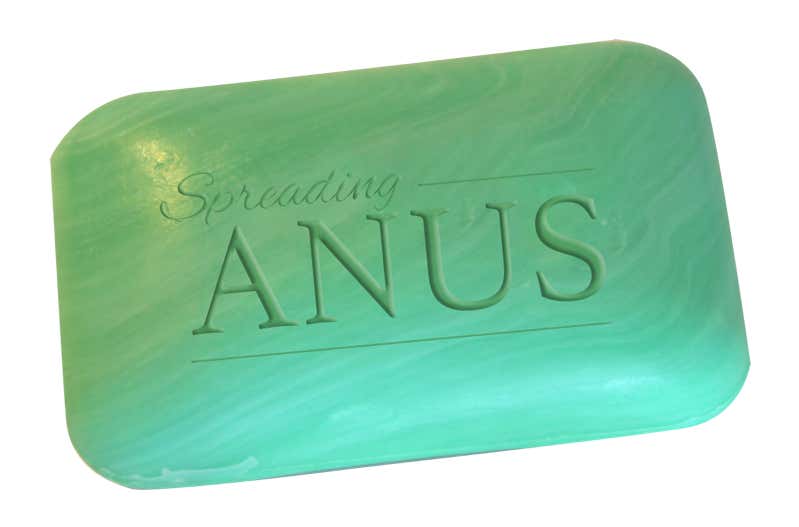 Just copy and paste exactly what I sent you and post it on the blog from my account. This is probably the easiest task I’ve ever given you so don’t fuck this up Troy. Also, make sure you don’t forget to link the full episodes of the podcasts. People have been complaining because they don’t know where to find them.