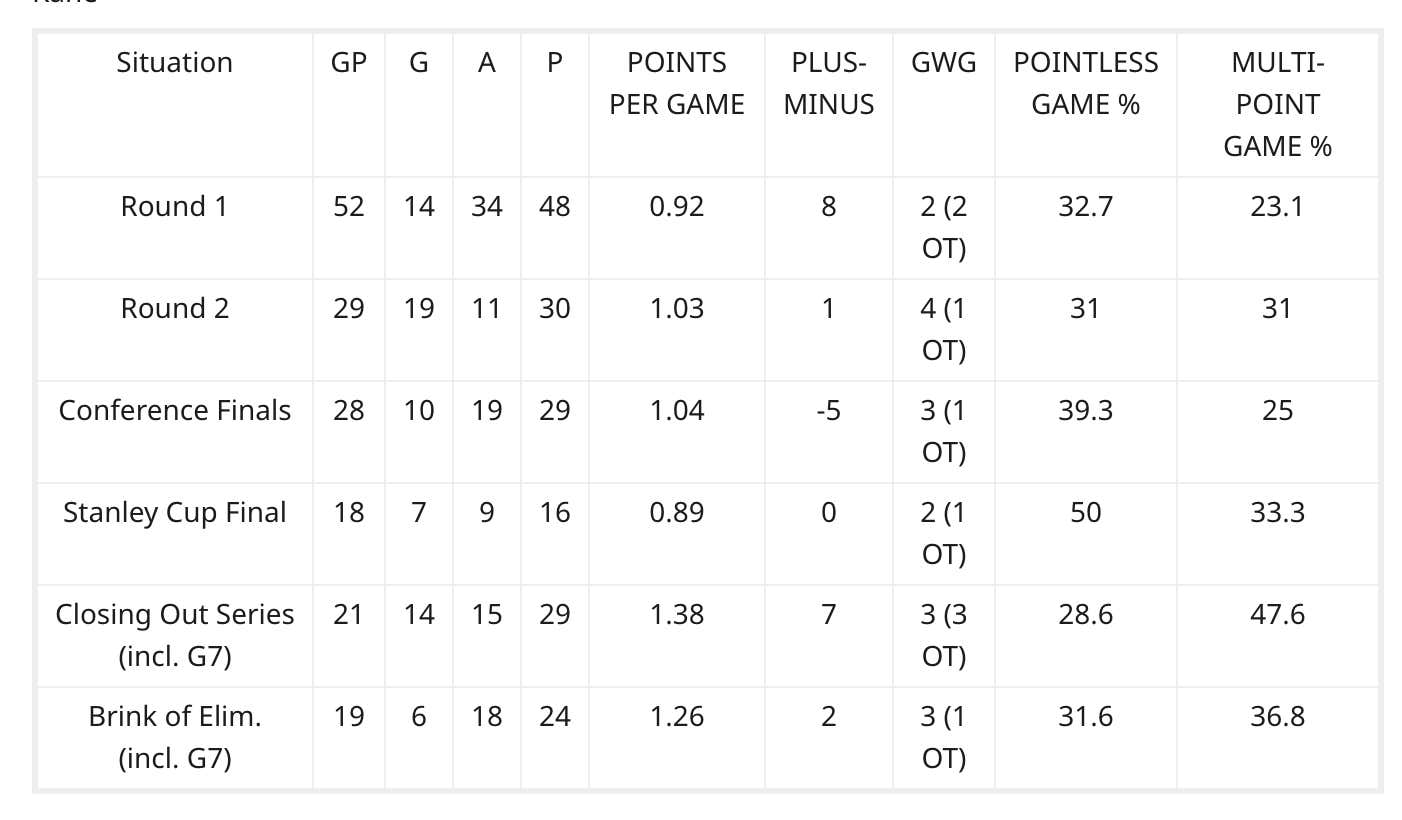 And people say the "clutch gene" isn't real. Bull..SHIT. Look at Patrick fucking KANE. When the chips are down and when the series is on the line Patrick Kane shows up just about every. single. time. The last two rows are my favorite stat(s). When either the Hawks have their backs against the wall or the Hawks have a chance to step on their opponent's throat, Patrick Kane is there to do it. WAY more likely to have multiple points in those situations than to be shutout. He's like a shark. If there's blood in the water he will close in and close out the series. You close your eyes and think of all his biggest moments, starting in 2009 against Vancouver.

Oh you know, a casual hat trick to knockout the Sedins and literally make Luongo cry.

Then the next year, down one, short handed, under 20 seconds to go...who else but Patrick Kane

Then in the Final against Philly, with a chance to win the Cup, he wants it on his stick

And it has been a career full of these moments. It takes a special type of person to get better when the lights get brighter and Patrick Kane is that dude. When the Hawks need him most he always delivers.