ICYMI, about a week ago Jay Glazer dropped the secret to Ben Roethlisberger's tip-top physique: yoga, golf and beer.

While most of us had a good laugh at the idea of Big Ben in leggings, dripping sweat that smells of boiled beer into every corner of his plush body, I think we can all agree we were also a tiny bit jealous of the millions of dollars he makes in spite of such excruciating training. But, mainly we had a chuckle.

Well, it appears we were the only ones laughing.

"I make fun of Ben all the time and he makes fun of me,” Glazer stated. “It’s a locker room. We get after each other. But he was honestly upset by this." 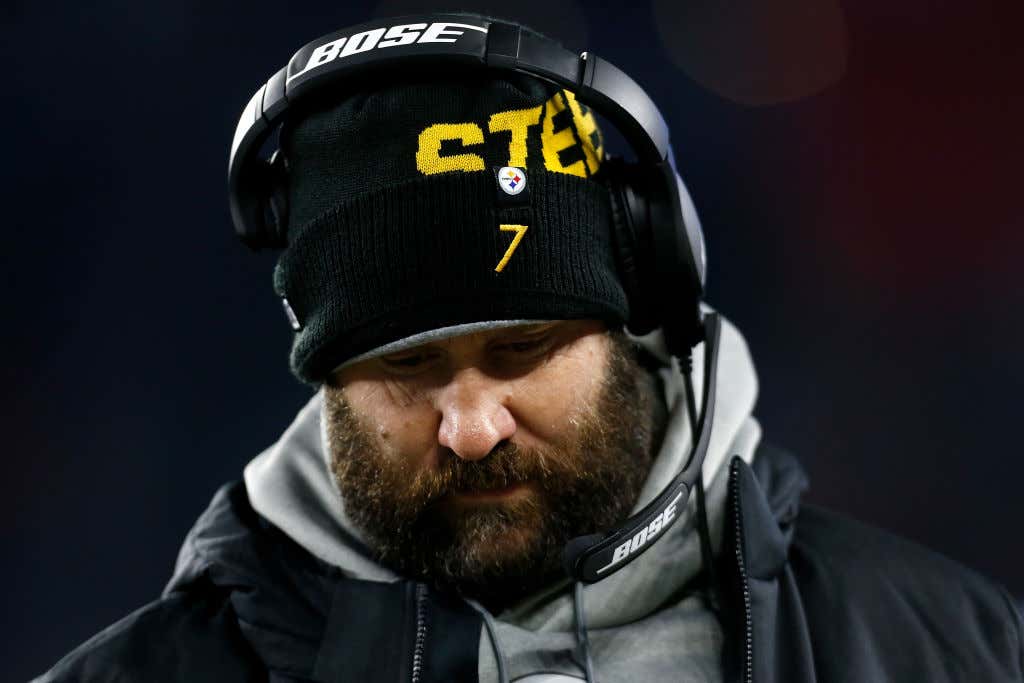 Poor, poor Ben Roethlisberger. He's been working hard to rehab his elbow and Jay Glazer has to go and poke him exactly where it hurts: straight in the gut.

You wanna talk about a ricochet shot? This is 2020; we aren't living in the stone age when calling out people for being a little husky was appropriate. Especially not when your words, although truthful, call into question his work ethic.

But being the big boy that he is, after he cried about it, Roethlisberger picked up the phone and called Glazer directly.

"I credit him, too, that he called me back about it, or that he reached out… and then we talked about it… he is definitely passionate about his rehab. And my comments about him was more poking fun at him for what he’s done in the past. He’s really getting after his rehab and good for Steeler fans and good for him.”

And they say men don't change! Big Ben has been so lazy about his offseason workouts in the past that people just assume he's being lazy about his rehab. But I guess if you live by "if it ain't broke don't fix it," when it does break, you have to change your routine in order to fix it.

Good for Jay Glazer for acknowledging Roethlisberger's past behavior isn't necessarily indicative of his present behavior.