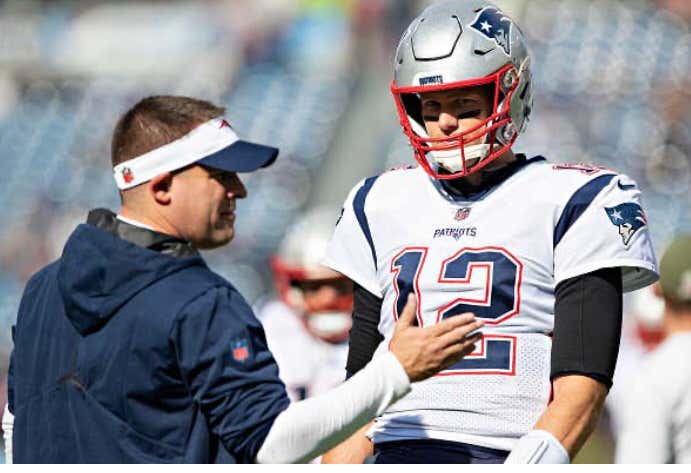 If you know nothing else about the life of a Patriots blogger, understand this: writing about the feelings and interpersonal relationships of this franchise’s quarterback is a relentless, ceaseless, never-ending mission. It’s a 24/7 obligation. A quest. For the simple fact that people will never stop obsessing over Tom Brady’s emotional connection to his coaches in a way that they never, ever do with say, Drew Brees or Jared Goff or Patrick Mahomes.

Why is that? Damned if I know, even after 20 years. When I was growing up, nobody gave a Tuppenny fuck is Terry Bradshaw was upset at Chuck Noll or if Jimmy Johnson appreciated Troy Aikman enough to satisfy Troy Aikman’s inner child. Those guys just did their jobs as they were told and left the coach/athlete feelings stuff to gymnasts and figure skaters.

So it was that this afternoon I had no choice but to a report from Gary Myers of the New York Daily News that an “excellent source” told Tom Brady left New England in part because he could no longer stand working with Josh McDaniels. I guess because the offensive coordinator he’d been collaborating with for 12 of the last 15 years, through three championships and two league MVPs had begun to grate on him like a shitty roommate or something.

And that’s why he moped out of New England for the sweet embrace of Byron Leftwich.

Well for all the “expert sources”, ramp and speculation, and wild guesses, we have as close to an informed source on this as we are ever going to get. From the only person who’s opinion on this matters. 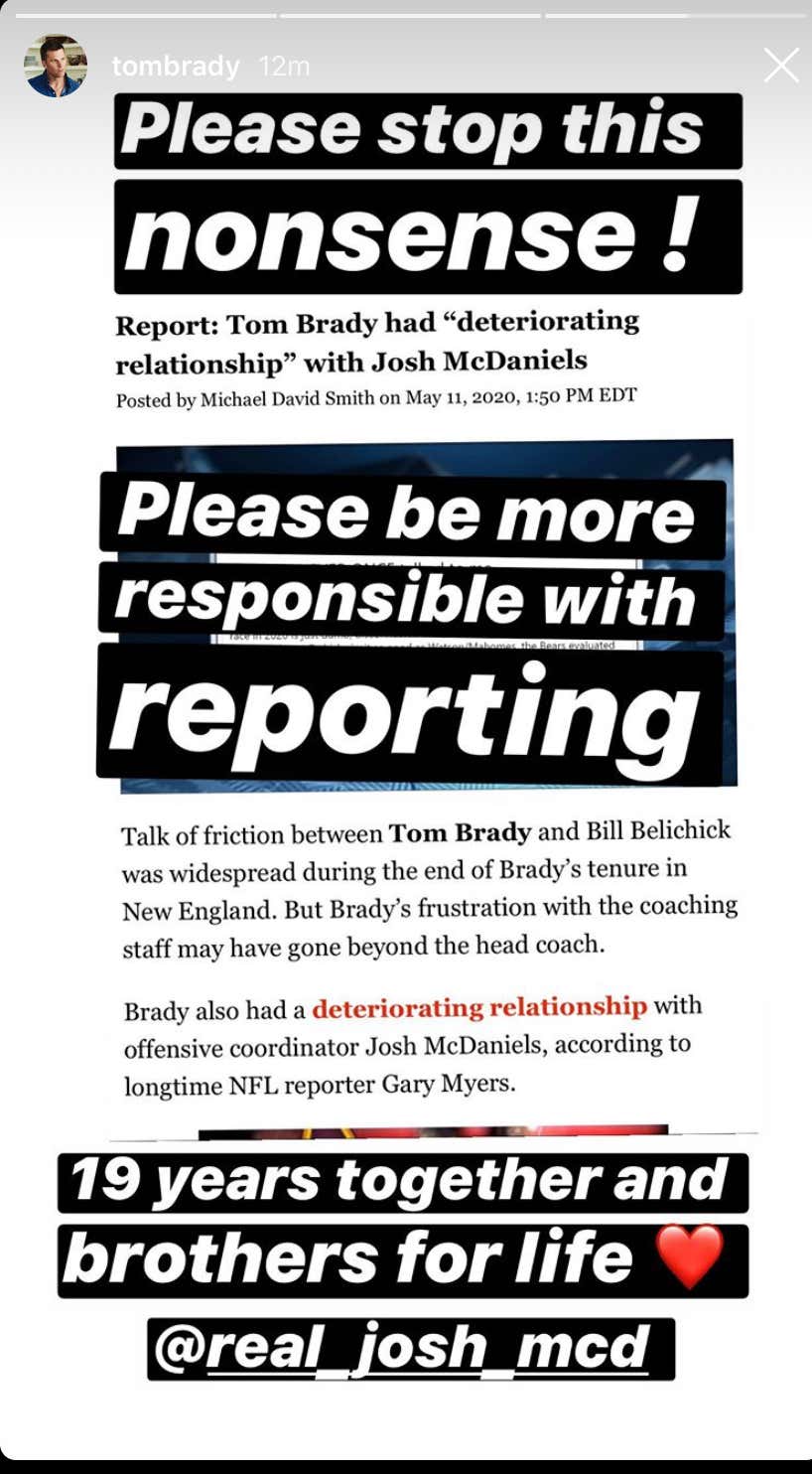 Well, so much for that false narrative.

You either believe that after all these years, Brady has done a complete 180 and changed the very fiber of his being, or you except that there are all sorts of bullshit stories out there planted by people who have a bizarre fetish over the feelings of a 43 year old man.

Brady says it’s nonsense, I say it’s nonsense. Glad we cleared that up. Now we can focus on the more important issue of Aaron Rodgers’ bruised ego and upset feelings.