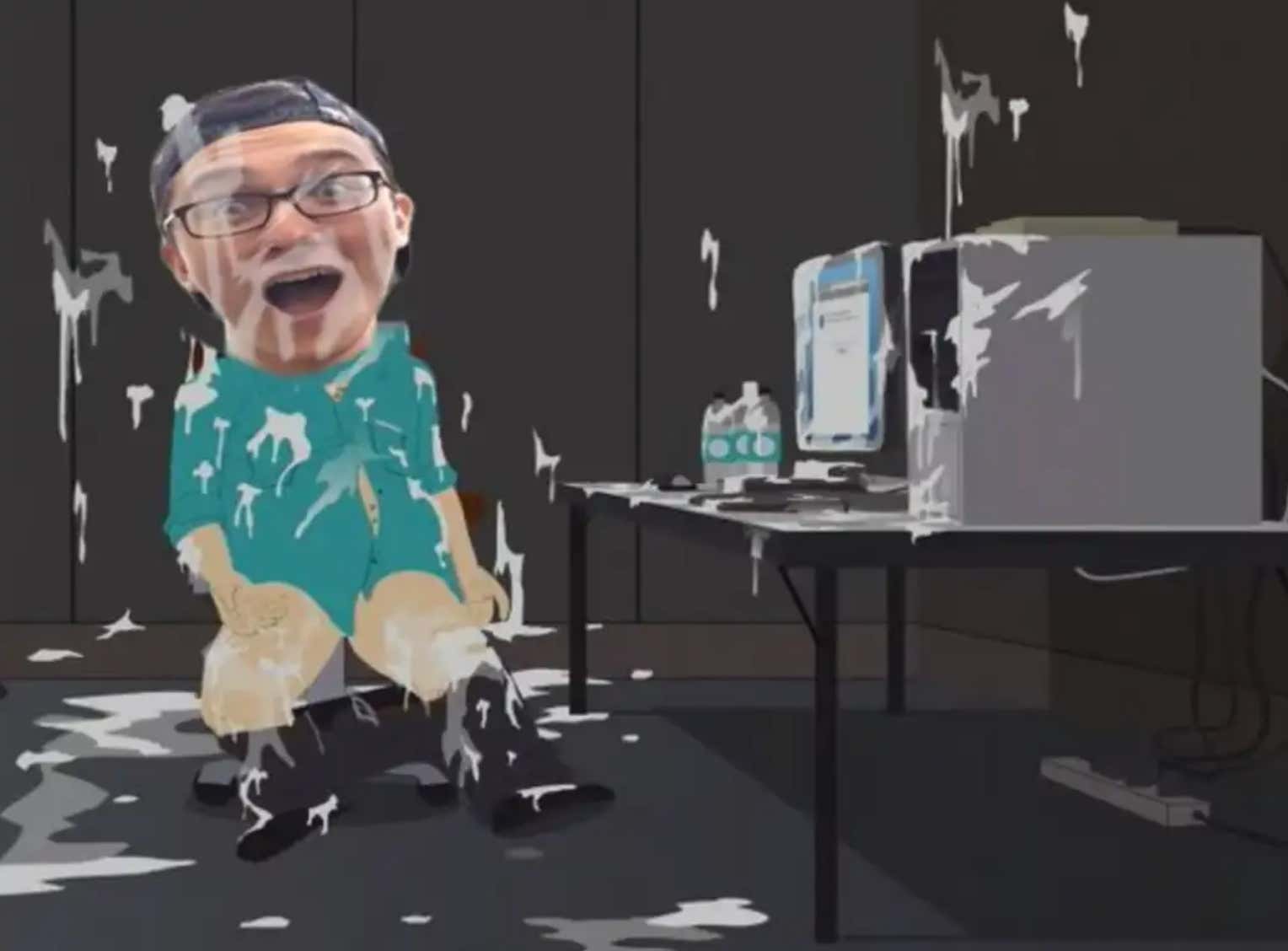 Alright, there's a lot to unpack here, so let's waste no time and get right into it. I'll break this down for ya.

Going into Saturday night, we knew that Conor McGregor would be watching UFC 249, and we knew that he'd be paying close attention to how everything unfolded - not only for matchmaking reasons, but just to see how things were handled in this new setting. UFC President Dana White said he wasn't thrilled about the idea of fighting in front of an empty arena, but obviously, it looks like something has changed that for him. He's ready. He's calling his shot. It'll be Justin Gaethje next - with the winner getting Khabib.

This is because Khabib is currently celebrating Ramadan and can't fight until September, I believe.

When Tony left, I don't think anybody was really surprised. We all knew he had a bit of bad blood with Conor, and I think most of us probably assumed he felt he wasn't getting the treatment he deserved because of it, and just wanted out. Understandable. Shit like that happens all the time. Turns out he left to…possibly play baseball…however? What? Is this a Last Dance joke or is he serious? Baseball?

Conor also calls his preparation "embarrassing", and says he was never as good as he was perceived to be, despite being humorous/enjoyable. That's very mean. Wait, back to the baseball thing….what?

Tony has been carrying around a baseball for months now… 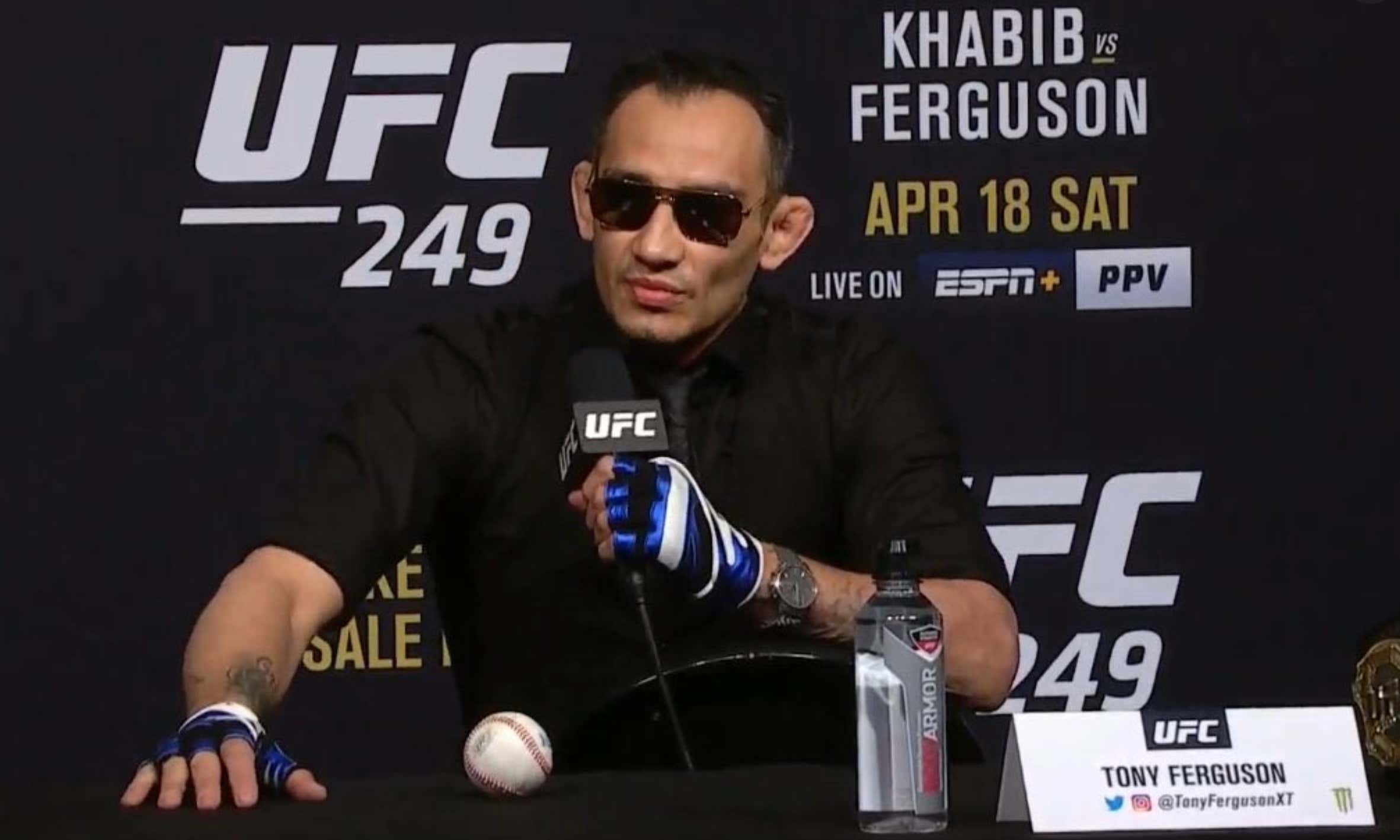 That would be insane. I could spend an hour on this but for the sake of the blog let's just move on.

Uh, okay! Conor books Dustin Poirier vs Tony Ferguson to be next! Spoilers, Dustin wins! I think he then predicts the rest of Poirier's career, which he seems to imply will not end on a high note. I can't believe Tony Ferguson wants to play baseball.

Just a few months back, Justin Gaethje called McGregor a "shit human, father and husband" and was quoted saying the following…

“I will never stray from the truth, that’s the truth. There’s nothing else to it. It had nothing to do with fighting, nothing to do with wanting to get a fight. He wants to write some bullshit, facts are facts. You cannot represent yourself in the public eye like that and expect your child to respect what you do. You are an influence, you are a hero to your children, and you are a fool if you think they’re not going to follow in your footsteps.”

I have a feeling Conor McGregor is going to make him pay for that. Why? Well, because this is a death threat…

I'm going to fucking butcher you.

Your teeth. I'm going to put them on a fucking necklace.

Speak on my skills as a father? You are fucking dead.

Conor is referring to Justin Gaethje's manager, Ali Abdelaziz - who also represents Khabib Nurmagomedov - when he talks of this "convicted member of a Jihadi Terror Cell".

Here is what the New York Times had to say about Conor's accusation of this back in October of 2018….

This one don't need much explaining. I think everybody knows these guys don't like each other much by now.

He quotes "No comment" at one point, and that's in reference to Khabib's immediate response after the UFC 249 main event…

Conor then declares that after he wrecks the entire Lightweight Division, he's moving up to 170lbs and wrecking them too…

DANA - WHERE IS FIGHT ISLAND?!

P.S. You guys really think Tony Ferguson is tryna play baseball? Someone just DM'd me and said it's because Ballengee represents a bunch of baseball players, I know that's Tommy Kahnle's agency from Hubbs, so that may make sense. Still, though, what's up with him carrying around a baseball and posting videos of himself throwing?