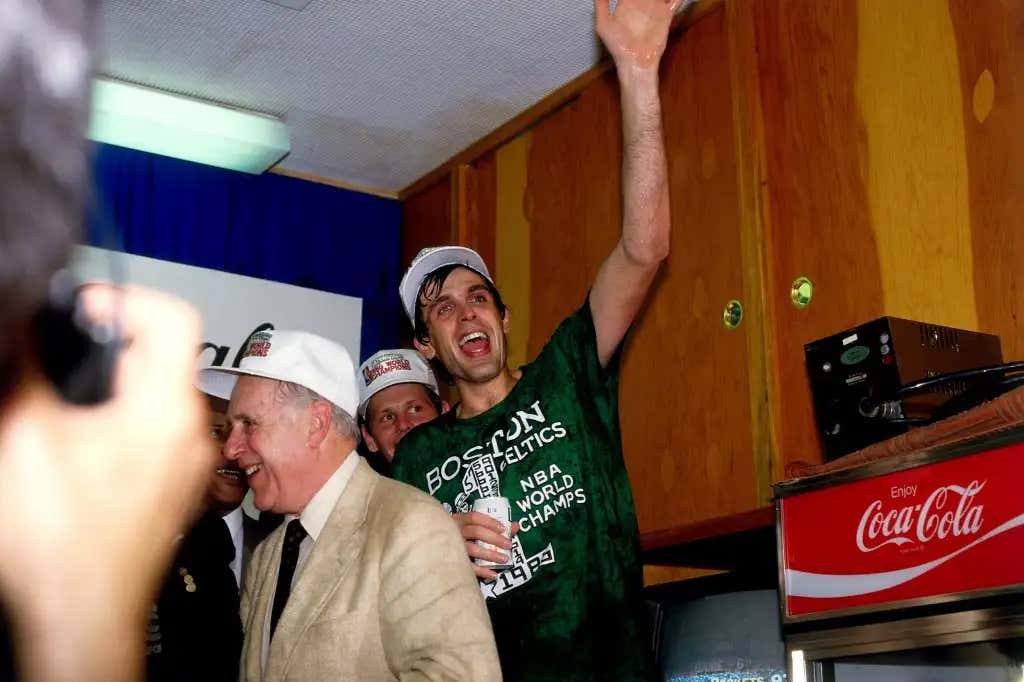 I'll admit that "The Last Dance" is a godsend. A much needed, perfectly timed distraction in a sportsless world. Last night's Episode 8 was the best yet. We as a nation knew in the instant Michael Jordan laughed right in Gary Payton's iPad face, it was a moment that would launch a thousand memes and a million GIFs:

The stuff about the war that was waged between the Bulls and the Pistons in the early 90s has, of course, been a highlight. Kevin McHale, whose dynasty won and lost some of its own vicious, bloody battles against both those teams, agrees with how good the series has been. And as he told the Boston Herald, he has nothing but respect for Isaiah Thomas and Jordan both.

But he went on to point out there's a lot of revisionist history going on from the Bulls' side. And as someone who was there when the sewers were running red from all the bad blood being spilled, he's correcting the record:

The 1988 Celts got dragged into this when the Pistons — Isiah Thomas in “The Last Dance” and others in ensuing media interviews — sought to defend their own early walk-out against the Bulls in ’91. The handiest weapon of defense was that, hey, the Celtics had done it to them. …

Kevin McHale took the stand to offer his testimony, much of which I’m able to corroborate directly.

“First of all, you can see why the Pistons didn’t like the Bulls,” the Celtic legend told the Herald. “The Bulls complained all the time. That’s one thing that came across (in the documentary). Like, ‘This is not basketball. This is thuggery.’ All that stuff. I thought the Bulls really disrespected what the Pistons were able to do.

Remember, the Lakers had been unhappy with the Celtics’ borderline “Slap Shot” style a few years prior.

“We actually liked playing like that,” said McHale. “We didn’t have any problem with the Pistons, really, until we got all beat up (with injuries). But their physicality never bothered us. I thought their physicality made us play better.”

Lord help me, I love a good grudge. Especially an old one like this. Where guys show up to their 30th high school reunion still hanging on to the old resentments. Who refuse to play nice and let bygones be bygones. And this beef should never be squashed because it was pure joy to witness. And few guys were better at it than McHale. Those Larry Bird Celtics might not have invented shit talk, but they did perfect it. That inspired the Pistons to treat everybody like hot garbage, thus inspiring the Bulls to pork them and everybody else who got in their way. It was truly a Golden Age.

But sadly, it was never meant to be. All we've got is these middle aged superstars still holding onto their grudges, keeping the flames of anger and refusing to go quietly into that good night. So thanks to McHale for reminding us all that Jordan's Bulls were whiny divas and McHale's Celtics loved the rough stuff because it brought out the best in them. Damn how I miss those teams. And sports, for that matter.