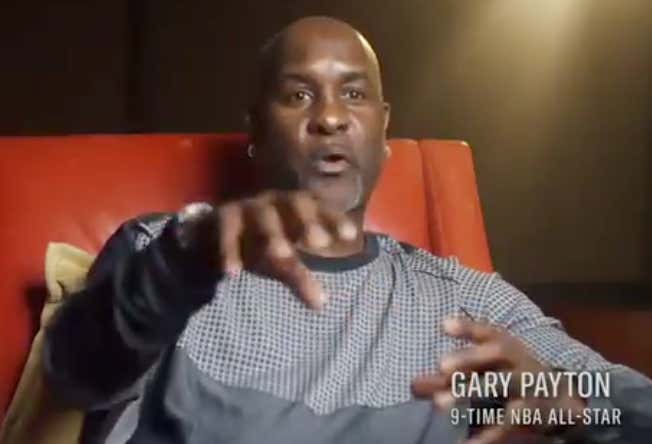 Gary Payton has been in "The Last Dance" for all of 5 minutes combined, but he's somehow been a star.

It started off with calling Dennis Rodman the "fuck up person" in the third episode:

Then picked back up in episode 8 where he was convinced that if he would've guarded Jordan from the jump that the series could've been different:

I just can't get enough of it. He seems like a crazy person that I just need more of. A crazy person who should be working in TV for us to clip off soundbites nightly. Then I remembered that he actually did work for FS1 when they launched and it somehow didn't work out. That's when they were also trying to do that weird thing where they paired him with Urlacher, Donovan McNabb, and Andy Roddick though so it's probably not completely his fault as I assume he doesn't know shit about tennis and other sports.

Regardless, I think it's time we get some more glove in our lives again.

UPDATE: He was apparently accused of assault sometime during his time with FS1:

But, it looks like he ended up being cleared of it:

Just kinda provided the updates here because it was relative to the story and could explain why he hasn't been on TV since.