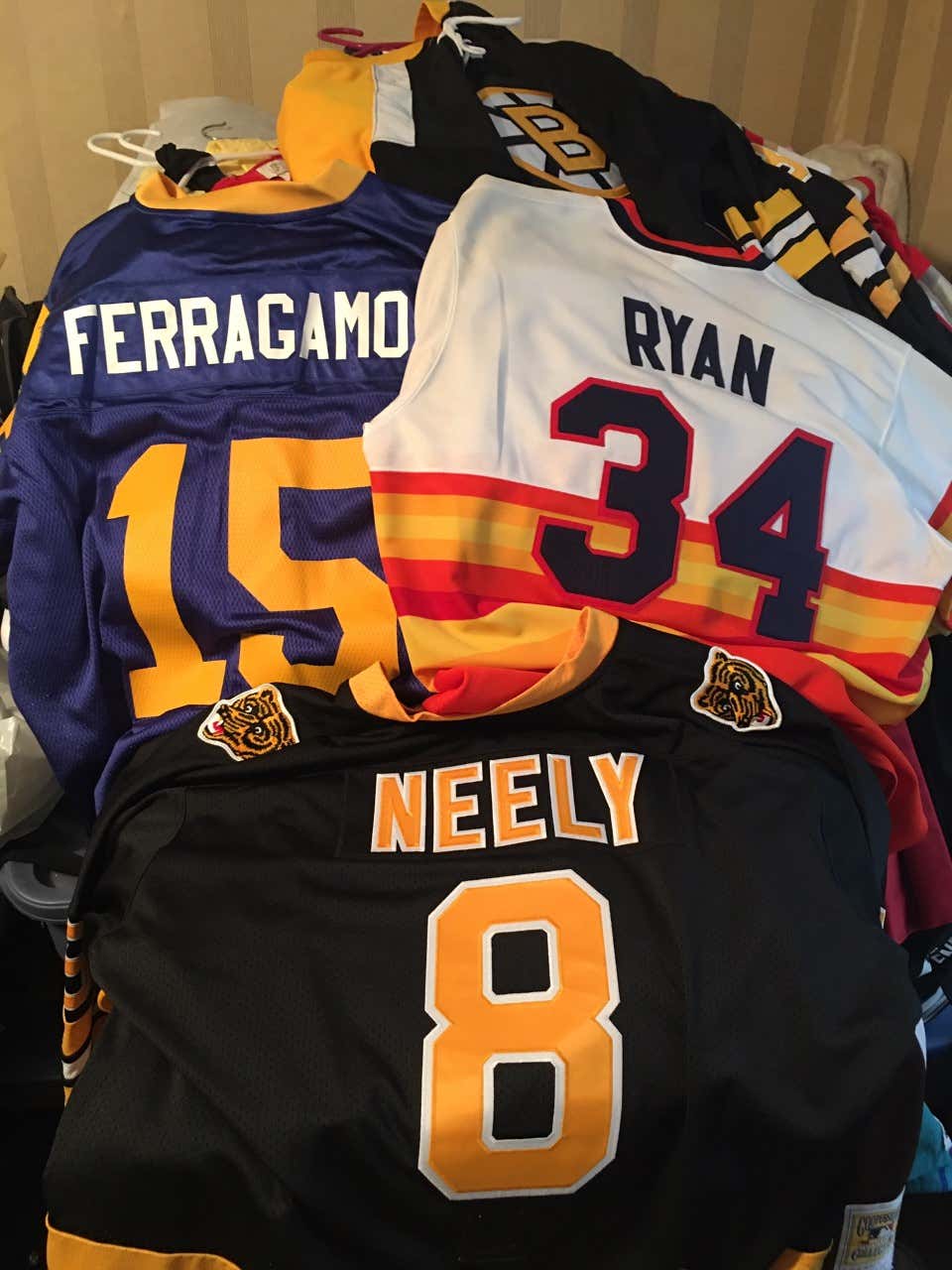 I was fiddling around last week moving shit and stumbled across my modest throwback jersey collection. I was never a full-on collector of old jerseys but there are a couple of faves that I copped over the years. You won't catch me dropping three bills on swag just on general principle, but when the company that supplies most of the industry decides to mark down their artificially high prices has a too-rare sale, I'll grab a jersey or two for something I'd never pay face for. And only for a guy I like as well.

That Vince Ferragamo jersey, however, was specially ordered from the team site. I ordered the jersey for a pair of reasons...a) for shits-and-giggles laughs at a fantasy football draft awhile back and, b) he was one of my favorite QBs as little kid because Vince Ferragamo is one of the best QB names ever. While well-known to older fans of the longtime NFL franchise (he QB'd the Rams in their first Super Bowl XIV), he's not on the level with your Kenny Stablers or Fran Tarkentons so you don't run into a lot of his jerseys. Even if he did have this bad-ass SI cover. 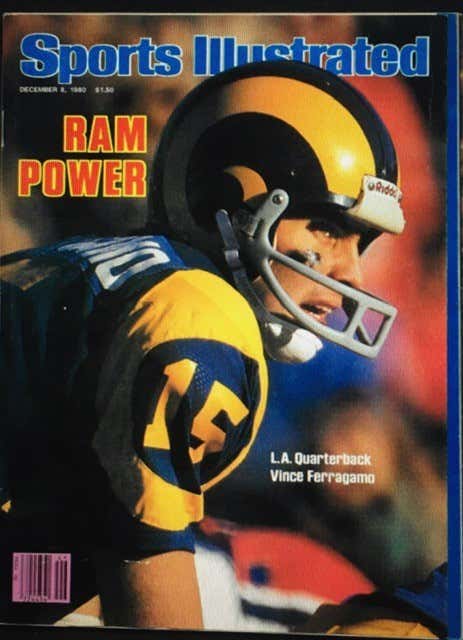 In addition to liking out-of-town QBs with cool names when I was a kid, I also liked the state lottery. Though I remember my grandparents getting the late-afternoon phone call every weekday with the winning street numbers, I was born a little too late to play that so I grew up with the MA Lottery. The street number (also known as the street pool) was a lottery run by local bookies and the winning numbers came from a simple formula that was based off of the local track's total handle that afternoon, ensuring that it couldn't be fucked with (at least that we know of). In the Boston-area during the '70s, the handle used to determine the winning numbers came from Sufferin' Downs. Other city's rules may have differed slightly but the gist was the same: you can bet a quarter or half a buck or a sawbuck on your "lucky" number and hope you win.

But because any gambling in which the government doesn't get their cut is deemed illegal, Massachusetts started its first weekly lottery in 1972 with The Game. It eventually expanded to become the The Numbers Game in 1976. Despite MA's huge rake (compared to the wise guys) and the potential to get whacked with taxes on a winner, bettors still flocked to this newfangled offering. The lottery's pari-mutuel system offered much higher payouts that were guaranteed and spelled the beginning of the end for the street number and it was pretty much obsolete by the mid-1980s.

In 1982, Massachusetts began selling Robin Leach-level dreams for $1 a ticket and the name of that game was Megabucks. It was pretty simple. You picked six numbers. If the MA Lottery drew your six ping pong balls, you won the jackpot. And in 1982, the jackpots were life-changing, "hey boss, fuck you, I quit!" amounts. So what's a 10-year-old boy man to do? Find the six numbers that will lead him to the Promised Land.

The first three were easy: they're a combination of myself and my old man's birthdays. The fourth one was as well: #8 was my "lucky number" for no other reason than I was a dipshit kid. Though I used the number 8 on tickets prior to the Bruins obtaining the future Hall of Famer Neely, his status as my favorite player locked in forever my use of the number on all future "pick 6" types of lotteries going forward.

The fifth number, #15, had dual inspirations. One was the Italian QB on a team in Southern Cal that looked great in eye black and the other was that is was also my Little League number. In hindsight, using anything connected to my LL career might've just mushed any chance of winning a jackpot because, let me tell you, I sucked in LL despite how fucking smooth I looked on picture day. 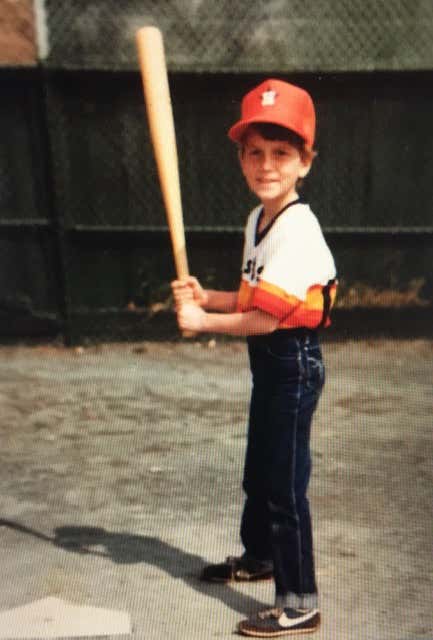 The final number, #34, is tied to the above picture. Nolan Ryan signed a huge free agent deal with the Astros before the 1980 season, when I was playing for the same team and wearing the same uni. This is when the flamethrowing Texan became my favorite baseball player and, a couple years later, the final number in what I hoped would some day be my literal ticket to early retirement.

Alas, we're 38 years into Massachusetts offering "six number" major payout games and the best I've done is get four-out-of-six numbers (on numerous occasions). The odds are definitely not ever in my favor as I have a better chance of getting struck by lightning while simultaneously getting bit by a shark. But I'll still fill in those six little bubbles, like I'm taking the degenerate SATs, and still chase the dream that Massachusetts has been selling for damn near four decades.

And if it ever happens, I'll owe it all to the random trio of Cam Neely, Vince Ferragamo, and Nolan Ryan.