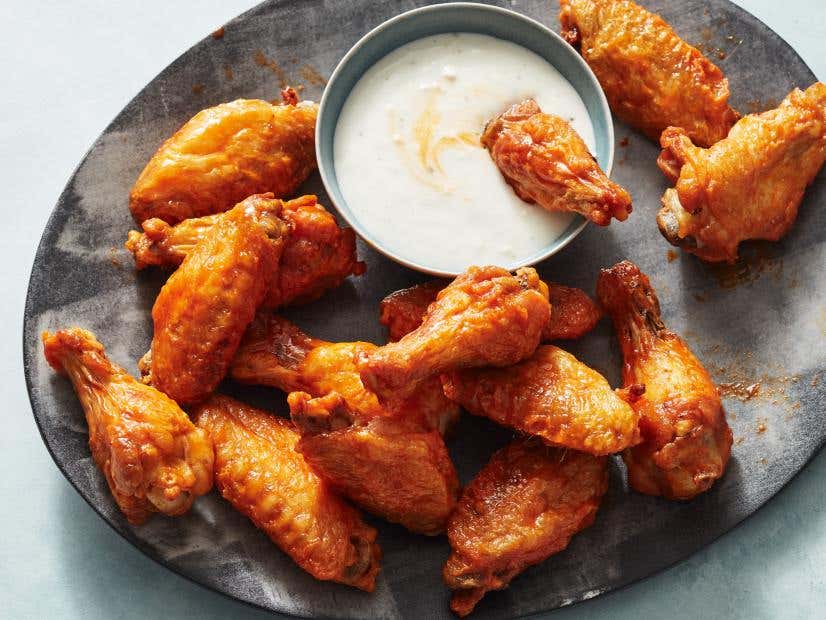 I went to a bar for the first time since quarantine started last night (South Carolina opened bars on Monday, outdoor seating only). You can watch "Donnie Does A Bar" on stool scenes tonight if you're wondering how it went. Anyways I ordered wings which prompted this tweet:

I was surprised at how strongly this statement resonated with the twittersphere. Don't get me wrong, I'd say I prefer flats, but there just isn't a big enough difference between them and drums for me to inconvenience the kitchen staff like that. I worked in a restaurant for a year and just like all restaurants I assume, our wing deliveries would arrive in a giant bag filled with an equal amount of wings and flats. If we had too many people start ordering "just drums" or "just flats" it would throw off the whole equilibrium of the bag. Eventually we'd have normal people expecting a similar amount of drums and flats in their order receiving extremely lopsided baskets of wings. So ya, causing a minor disruption for the kitchen staff and future customers because I like my wings to be a certain shape has never been my cup of tea.

Roger does bring up a good point tho:

This shows that the restaurant is willing and able to accommodate picky eaters so if you're willing to pay the premium, knock yourself out. No harm done. Let's take a look at some other reactions to this tweet.

Sounds like a personal problem Neil. Figure your life out.

WOW. I hadn't heard this argument before and it's tough to argue with, except for the fact the country is currently in the midst of meat shortage so it's not the best time to take what is constitutes a wing and divide it by half.

This person needs to "chill the fuck out" 100Xs more than someone who requests "just flats". We live in a society! And you know who else needs to chill out more than a "just flats" or "just drums" guy? The "no tentacles" guy. 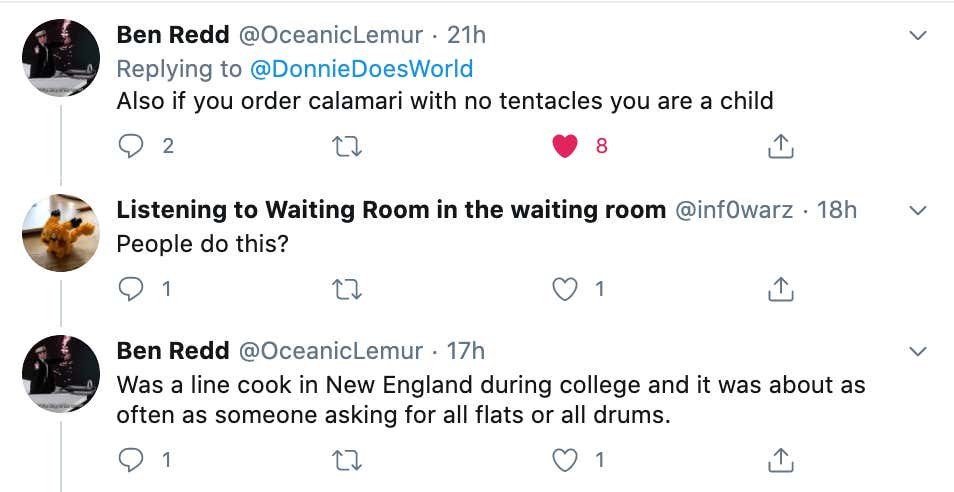 If you want to eat squid but can't handle the parts that look like a squid, YOU ARE THE SQUID. And be careful what you wish for, at least you know the pieces with tentacles aren't pig rectum: 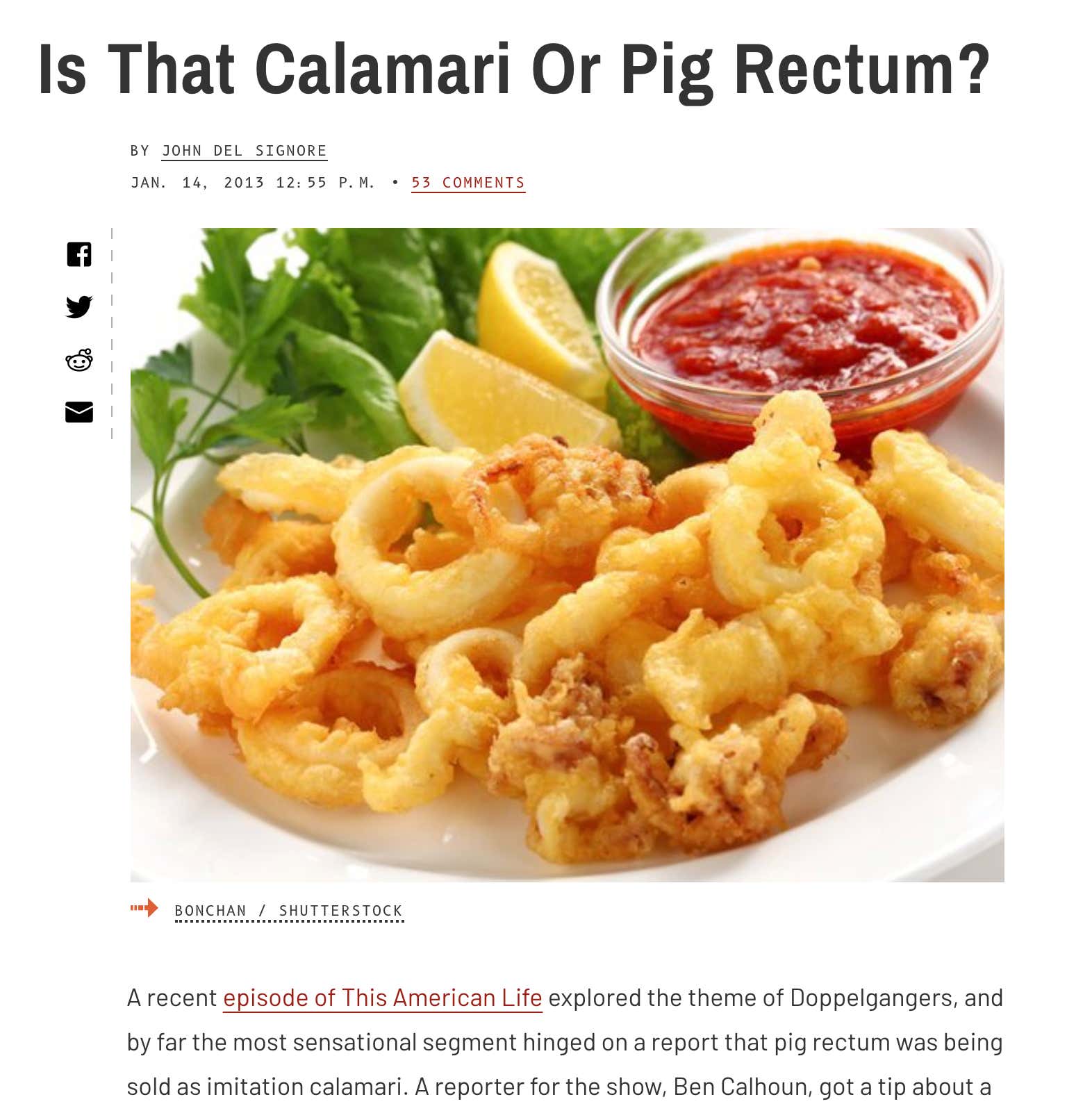