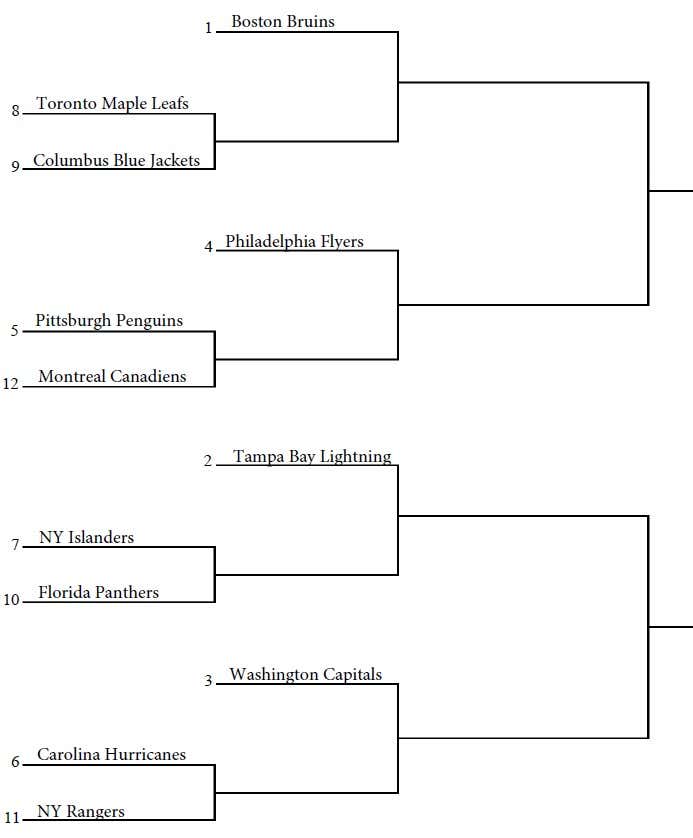 The latest news on any resurrection of the 2019-20 NHL season, at least according to Larry Brooks, is scrapping the rest of the regular season & kicking off a 24-team tournament that includes a first-round play-in series of three games. Assumedly, each conference's top 12 teams in terms of point percentage would get invitations with the top four getting byes. Now none of this is for sure but, if they were to decide on a 24-team format, it would only make sense to take the top 12 of each conference as opposed to the top six from each division or whatever else could be an option. So based on current standings, the bracket above is how the East would shake out.

What great news for the Rangers. They've owned Carolina of late, sweeping this season's series and winning 6 of 7. While the Canes are a very good squad, they've got a lot of new deadline pieces that most likely aren't all that acclimated and a goaltending tandem that no one is afraid of. And truth be told, seeds 6-11 are a crapshoot. The Hurricanes certainly SHOULD be the best of the bunch but they've got several question marks while potentially having to open up against a team that's kicked them around by a 25-15 goal diff over their last seven tilts. Would be pretty awesome to see the baby Blueshirts stick a series W in their back pockets, asterisks or not.

Next up would be the Caps who, in all reality, should be where New York's postseason ends. But an older team might take a little longer to get things going after such a layoff. Meanwhile DQ's squad would have a pretty important couple games played and be in a great spot to get an early jump on Ovi & Co. Plus, if Shesty picks up where he left off as a world-beater, he'd give the Rangers a decided advantage between the pipes against a pretty bad Holtby and a solid but inexperienced Samsonov who's yet to have to shoulder the load for Washington. I'm not predicting victory in this hypothetical series but there's no question the 2018 Cup champs are who I'd choose to play pretty easily compared to the rest of the top four.

Anyway, like I said earlier who the hell knows what's gonna happen. Maybe they play a regular season. Maybe they choose a different format (all the others kicked around would leave the Blueshirts out). Maybe they reseed every round. This could very easily be a huge waste of a few Friday minutes - but what's the harm in having a little fun kicking around one of the many possibilities for whenever we get the greatest sport on Earth back? If this is what the NHL decides though, a Rangers postseason we never expected couldn't really line up any better.