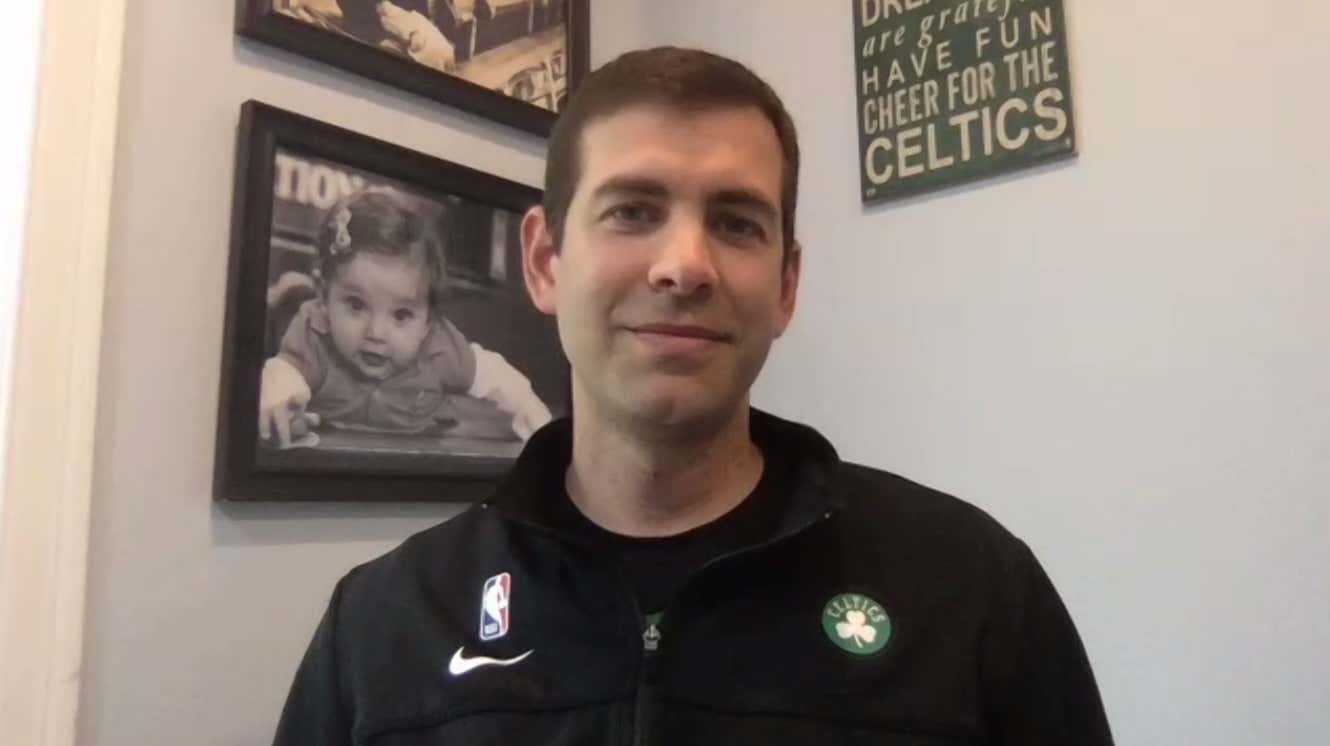 Ever since our lives were thrown upside down, people have been relying on Zoom in order to help them stay sane. Whether it's talking with family, friends, maybe being part of a gameshow or two, just seeing another living human can really help people. Well I can say with certainty that this could not be more true after I just sat in and listened to Brad Stevens for 30 minutes on a Zoom call. Do I miss my family and friends? I guess. Do I miss Brad and the Celts more? I'm not ashamed to say yes. I still talk to friends and family all the time, you know what I haven't been able to do? Hear Brad talk. It's been 59 Days since we've seen this team play or hear Brad give a postgame press conference and I don't think I'm alone in that I need absolutely anything to help stay positive and keep me going right now.

Which brings us to today's Zoom. Even though I knew a lot of what would be asked was going to be softball questions, I didn't care. It was awesome just to see and hear Brad again and have him once again back in my life. Here's some notable things he mentioned that I found interesting

- No one that he knows of is still injured. Jaylen looks and feels great, Kemba looks and feels better than he has all year and even if this was just lip service it was more than enough for me.

- They care more about conditioning than anything else. A lot was rightfully made when Tatum said he hadn't picked up a basketball since the Pacers game, but it sounds like the team cares more about the players being as close to game shape as possible once things get back. All the skill practice means nothing if you aren't in shape and you're risk of injury is even greater.

- Brad didn't want to say who he talks to the most and least among players. Knew we were getting a non answer with that one the second it was asked. If I had to guess, I bet its

In terms of who he talks to the least?

- Brad has been a huge Peloton guy during the quarantine. I'd watch him take on PFT that's for damn sure.

- His favorite game to play during quarantine is something called "Code Names" that I guess is a midwest thing and while I have no idea what that is it sounds fun as shit and I would like to play with him immediately.

- He didn't want to name the greatest team ever. Shit like this is why I love Brad. Nobody cares, it's a meaningless exercise, but the man avoids any and all controversy at all costs. Instead he went on a little tangent about how it's stupid to compare eras or some shit. Middle Man Brad like you read about and I love him for it.

That was pretty much it. It may seem pointless to most, but for someone like me it was exactly what I needed. However, there are a few questions I would have asked if given the chance.

1. Does he know he can call timeouts before an opponent's run balloons to 21-2

2. What's the deal with his substitution patters and why do they stink sometimes aka every second quarter

3. How is the team preparing for Tacko's pending supermax

4. Why is Carsen in the doghouse and what did he do to get there outside of not really shooting like we all thought he would

5. What has been the biggest difference between last year's disaster and this season

This wasn't much, but seeing Brad again brought on a sense of normalcy which is pretty important at a time like this. One day him and the players will be back for good, and that can't come soon enough.