What a jam-packed day for Head Coach Gus Duggerton we have planned for today. It's doubleheader Friday, starting things off with a huge non-conference battle against a familiar foe: The Florida State Seminoles. The school that Coach Duggs won the Fiesta Bowl with just two seasons ago now takes the trip from Tallahassee to Lubbock as Texas Tech aims for its first win of the season.

One thing Coach Duggs struggled with heavily in the loss at UCLA on Wednesday was defense. Well, luckily for him, the reigning Rose Bowl Champion got some help on today's Pardon My Take to improve his defensive gameplay.

And that help came from Joe Burrow. Yes, that Joe Burrow. The one who was just drafted first overall by the Bengals, won a Natty with LSU, and is currently sleeping in his Star Wars bedroom as quarantine continues. The recurring PMT guest watched some film from the UCLA game, and explained to Coach Duggs how to flip the script when it comes to playing defense moving forward:

Joe Burrow: So, do you want to know the secret to playing NCAA Football 14?

Joe Burrow: Free Fire on defense, and then call Four Verticals every single play. And if the corners are playing off, just audible to a stop, and you get a completion every single time.

Coach Duggs: OK, so I agree with you, Four Verticals every single time. But then you have to factor in that if I run the same play multiple times, I have the entire Twitch chat stream calling me a fraud, calling me Dink And Duggs, just a lot of names, and it gets in my head. And then I'm like, fuck it, I'll do something different. And then I throw a pick.

Joe Burrow: See, you might not be cut out to be a head coach then. If you can't take the heat from the media.

Coach Duggs: This interview is over.

Mr. Commenter: No, it's true. He's doing a good job questioning you. You don't get these questions in Lubbock, you get the softballs from the media.

Joe Burrow: Yeah, they just lob them up to you and you knock them out of the park.

Coach Duggs: This interview is over. I'm going to go take the Ohio State job and cut you.

Joe Burrow: Well, you're not going to get the Ohio State job if you're going 6-6 over there in Lubbock.

Mr. Commenter: Depends how bad the sanctions are, but maybe. 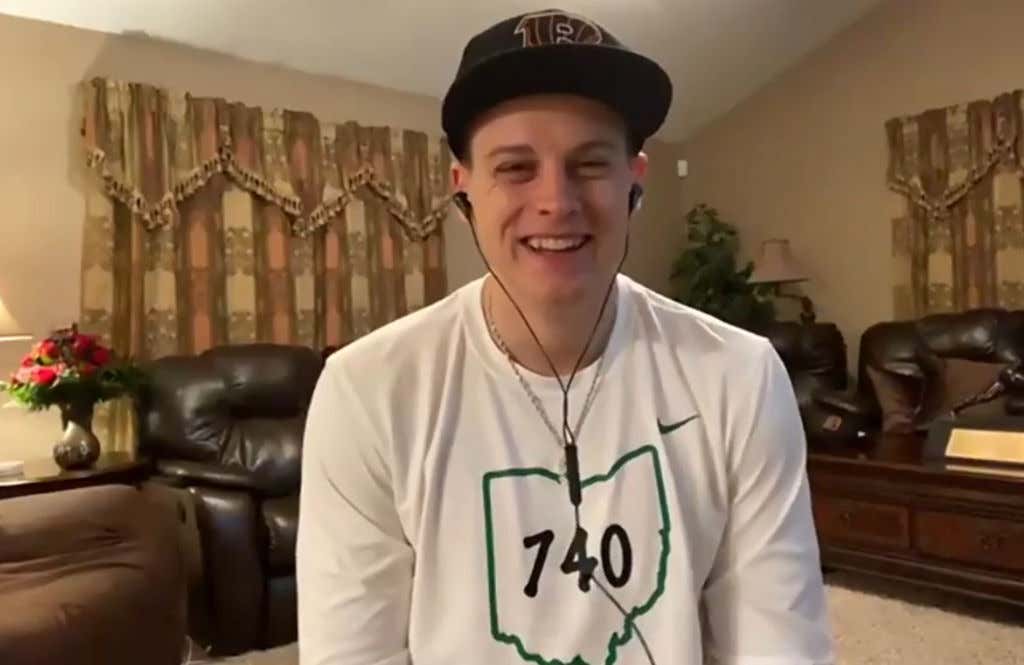 Could this be the wake up call and learning lesson that gives Coach Duggs the momentum he needs? There was the Tim Tebow speech that changed the season for the Florida Gators in 2008, now will it be Joe Burrow's chat with Coach Duggs that gets things rolling for Texas Tech? Only time will tell.

But one thing is for sure: we'll quickly find out if Coach Duggs listens to Burrow's advice starting today at 3 PM ET LIVE on the Pardon My Take Twitch Channel. I'll be watching, the Heisman winner will be watching, and you should, too.