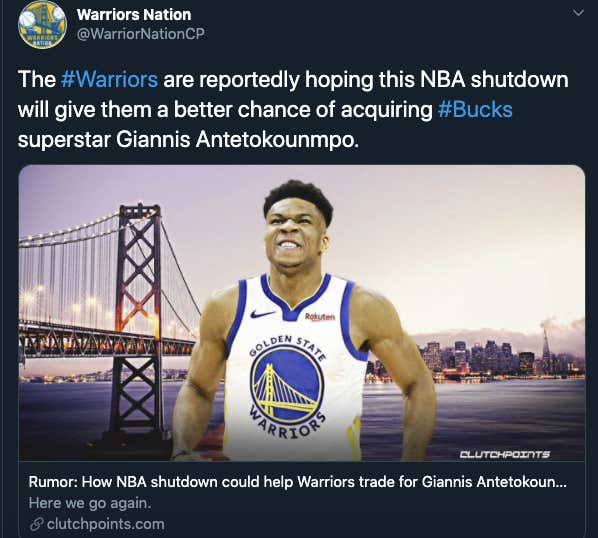 Oh brother. As if this year wasn't bad enough.

This isn't just on Clutch Points either. They wrote this article after an article from the San Francisco Chronicle opined about how the NBA shutdown might help Golden State trade for Giannis. Bleacher Report suggested that a MIL-GS trade may include Andrew Wiggins and three picks for Giannis. There's a lot going on here.

Time will tell, as it always does. I'm not opposed to Giannis in The Bay just as I'm not opposed to him staying in Milwaukee. If I had to guess right now, I think he re-signs in Milwaukee but not on a full four or five-year deal. I think he goes with 2 years + 1 player option year, or maybe a 3+1 if they win before it's time for him to re-sign. Stranger things have happened.