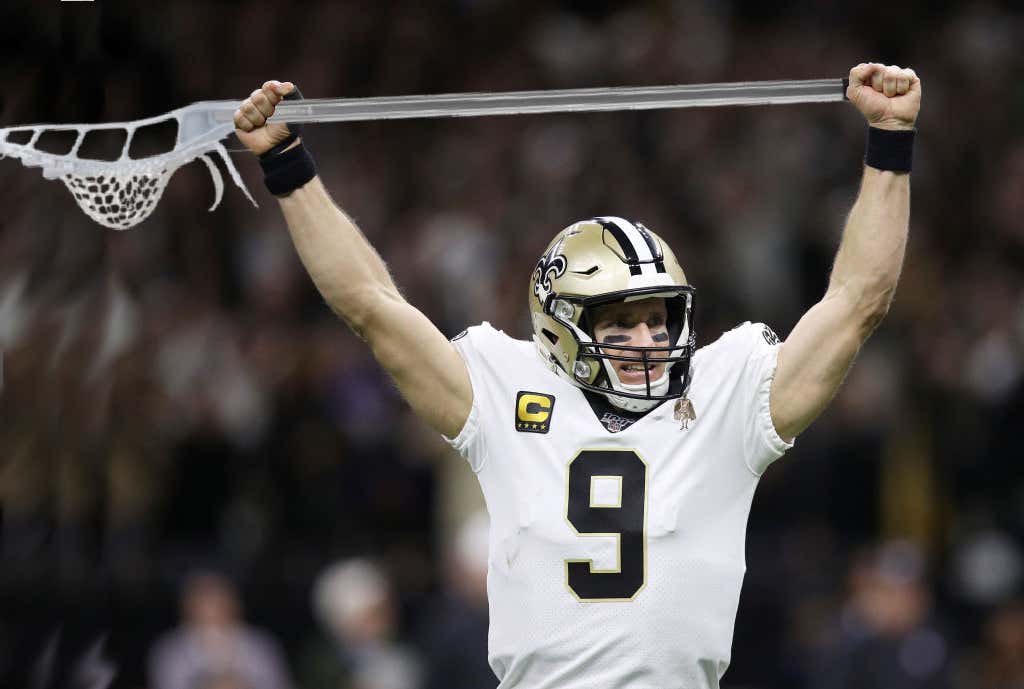 The thing about people who hate on the sport of lacrosse is that by and large, they are not elite athletes. You've got all these folks whose athletic careers peaked 20 years ago in high school talking about how "lacrosse is for kids who weren't athletic enough to play a real sport". And each time they say it, they think they're the first person to ever come up with that insult. Not only are they the greatest athlete in the world in their mind, but they also think they deserve an hour stand-up special on Netflix.

But when you talk to actual athletes about the sport--perhaps athletes who, I don't know, have set the record for most career passing yards and career passing touchdowns--this is the answer you get about lacrosse.

"Lacrosse is taking the country by storm"

"I'm telling you it is the greatest sport"

"If your kids could only play one sport for the rest of their life, I'd say lacrosse"

"That's probably the only sport that I could sit in front of a TV and watch it any day of the week".

Do any one of you idiots want to go up to Drew Brees right now and tell him that his kids are only playing lacrosse because they weren't good enough to make their JV baseball team? Or would you dolts finally like to turn on your brains and get on the right side of history.

Goddamn does it feel good to be right. Sport of the future, baby. I'm sure there was a time when you could go back to the 1400s and people would think you were crazy for saying that football would ever be a bigger sport than jousting. Mainly because they didn't even know what football was back then and never gave it a legitimate chance. And look at how stupid they'd end up looking today. All I'm saying is that you either have a chance to join myself and Drew Brees, or you could be a jousting stan. Totally your call.