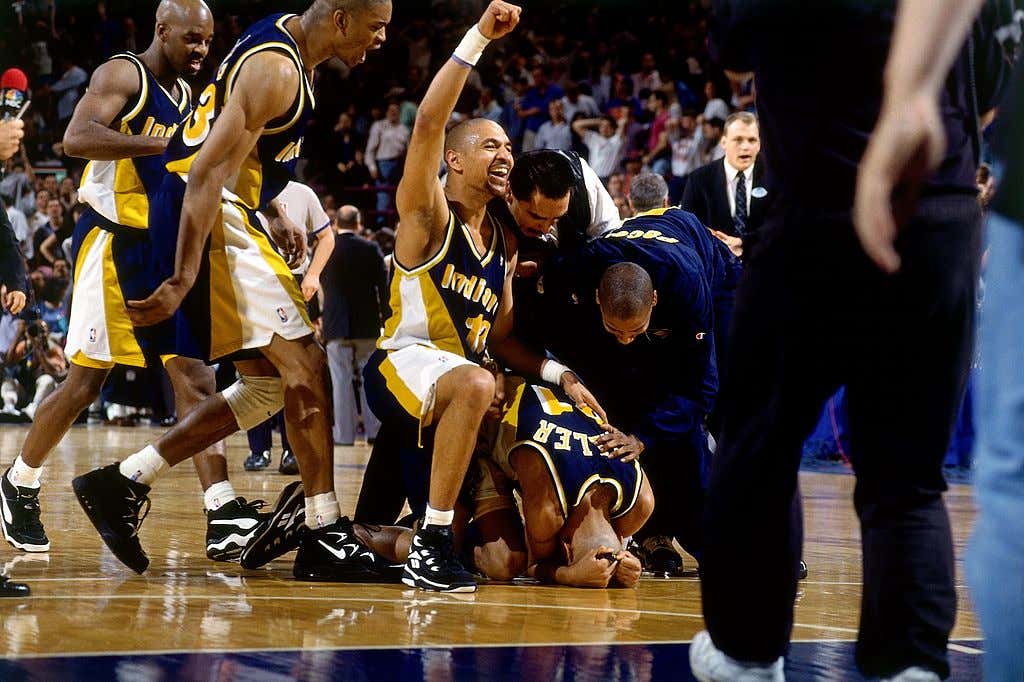 One of the craziest endings in NBA history went down 25 years ago today. Boy does that make me feel old. I'm not sure I even realized what was happening while watching this as an 8 year old, and in my lifetime there have been two situations like this that I clearly remember to this day. The first was Reggie Miller ripping the hearts out of the Knicks and their fans on their home floor, and the other is when Tracy McGrady had like 13 points in 33 seconds against the Spurs. Both rather outrageous when you think about it.

I can only imagine what it must have been like to watch this sequence as a fan of either side. Thrill of victory and agony of defeat like you read about. I know a lot of people hate Reggie Miller, but the dude was an assassin. His battles with the Knicks and Spike Lee were incredible to watch during the 90s. Well maybe not for Knicks fans but for the rest of us it was highly entertaining. Just goes to show you never know what can happen until the clocks strike zero. What a moment in NBA history.