TSN - Screenshots of the Instagram group chat involving Leipsic began to surface on Twitter on Wednesday afternoon. Those images displayed conversations involving misogynistic and rude comments about different women and players in the NHL, with Leipsic taking part in the discussions.

The Washington Capitals released a statement about the comments, "We are aware of the unacceptable and offensive comments made by Brendan Leipsic in a private conversation on social media. We will handle this matter internally."

Alright so Brendan Leipsic is in some deep shit now and for good reason, after DMs of a group chat have leaked where he had some not-so-king things to say about his teammate's wife, women, and his Capitals linemates, and more. 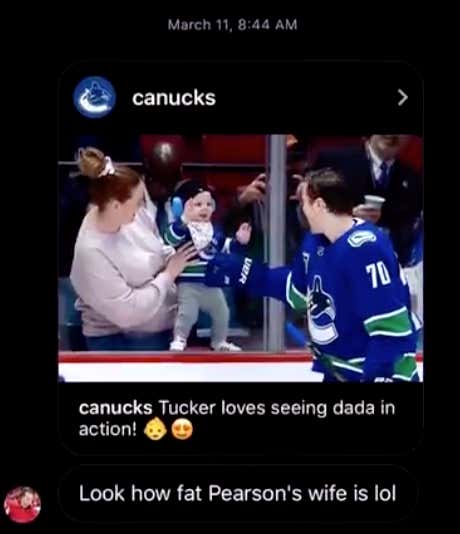 Obviously if Tanner Pearson ever sees him again he has every right to beat the ever living shit out of him. No question.

Here's what he had to say about his linemates: 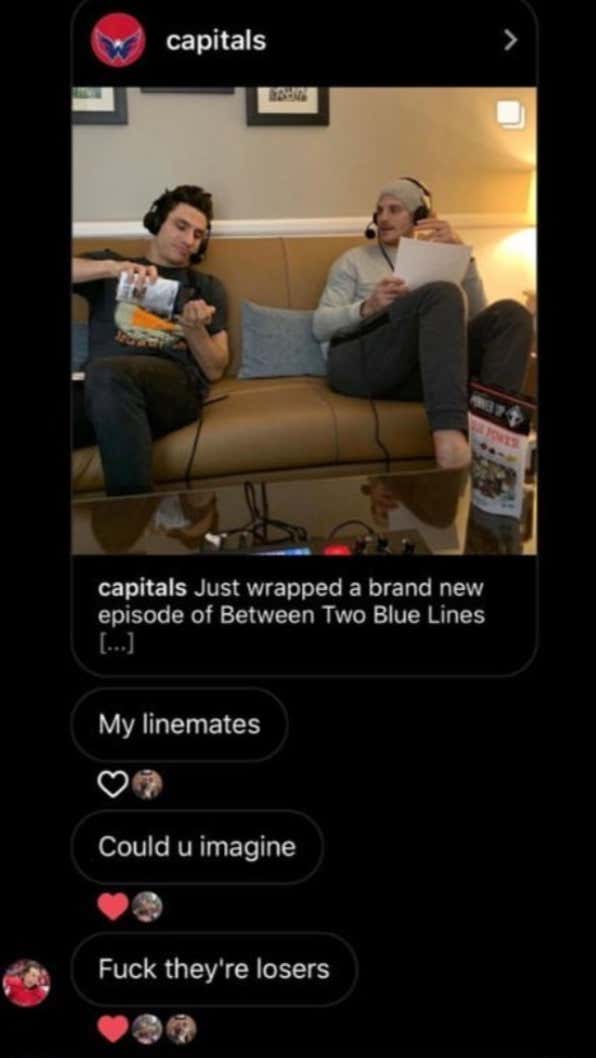 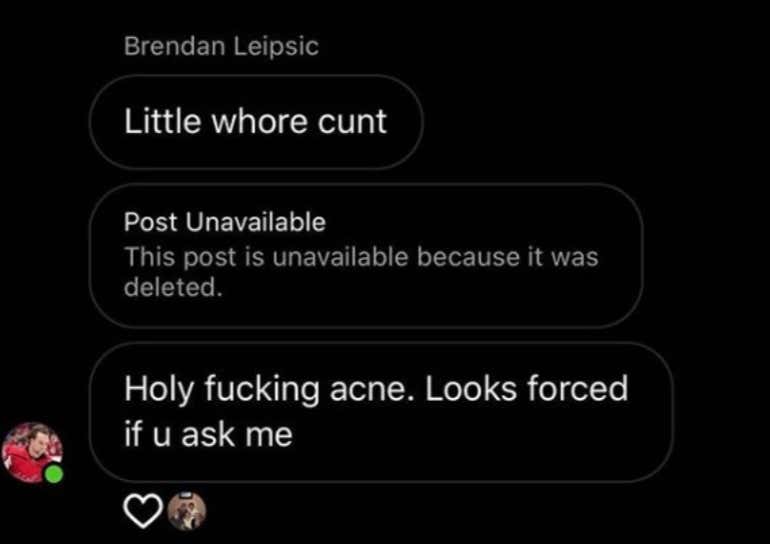 Obviously things are not going well for Brendan Leipsic right now. I gotta imagine he will not be back in DC, and if he is, SCCTW will have something to say to him because there is a screenshot of him commenting on a picture of Tom and his GF...and like 10 other active players. It's brutal. I don't really want to post it to be honest but it's out there already.

He has now issued an apology: 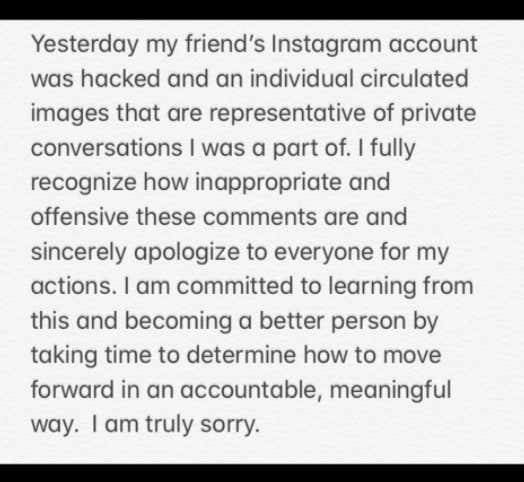 I've had a weirdly difficult time writing this blog. It's just...really bad. If he sticks around the league, you gotta believe he is going to take a beating every second he's on the ice. I reached out to Biz to see how hockey players would take seeing this and he is going to address it on Chiclets obviously. I'm curious how hockey players will factor in the element of "guys busting balls in a group chat nobody is supposed to see", but once it's out there in the public, boy, that's not a hard pill to swallow.

Word to the wise- don't get hacked, don't save convos like that, and maybe just don't go after teammates and their significant others? I haven't a clue what happens to Brendan Leipsic now, but I cannot imagine his life will be anything short of awful for a while to come, and well deserved. Sleep in the bed you made.