I absolutely love this sneak peek clip Survivor put out ahead of tonight's two-hour episode. Just two allies shooting the shit trying to pass the time as they're stranded on an island for 39 days. Tony trying to claim that 9 days means there's two weeks left, since work weeks are 5 days. Meanwhile, Jeremy is telling him this makes no sense since there are no "off days" on Survivor and a real week is 7 days anyway. A little firefighter-police officer rivalry jab in there too.

I wish Survivor showed us more of this stuff. I obviously love the strategizing and the challenges and all that, but I am really fascinated by the small talk they have to make with each other for 39 days. The show doesn't encapsulate how much downtime there truly is on the island. If they released an hourlong episode each week just called "Survivor: Small Talk" with behind-the-scenes stuff like this, I'd watch the shit out of it.

It was also interesting to get a look at this fancy, painted calendar they've been keeping. 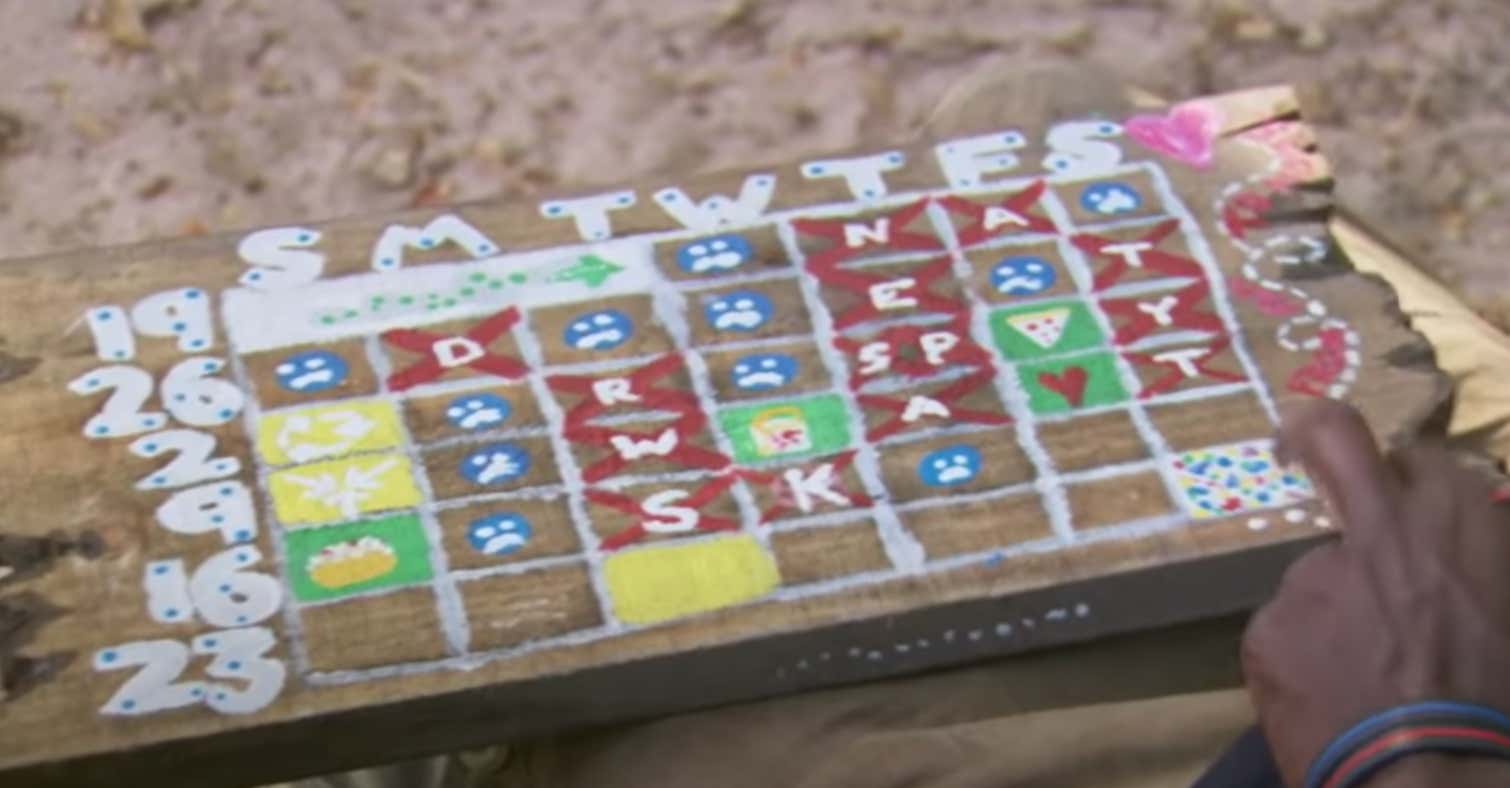 First initial of everyone who has been voted out and sad faces to mark the off days, plus some stuff for rewards. Being on Survivor is probably similar to quarantine in forgetting what day of the week and date it is.

Reminder that the penultimate (SAT word) episode Survivor is TWO HOURS tonight. Only five hours of Survivor left so have to soak it all in while we can.