Hold up - is Justin Gaethje the biggest lunatic on the face of the god damn earth?

This mothafucka is INVITING Tony Ferguson (who was previously, until this blog, known as the biggest lunatic on the face of the god damn earth) to break his nose on Saturday?! Flat out hoping for an elbow to the nose?! Does he know how sharp Tony Ferguson's elbows are?! Are you kidding me?! Gaethje's seen the photos of Ferguson's previous opponents, right?! They ain't pretty! 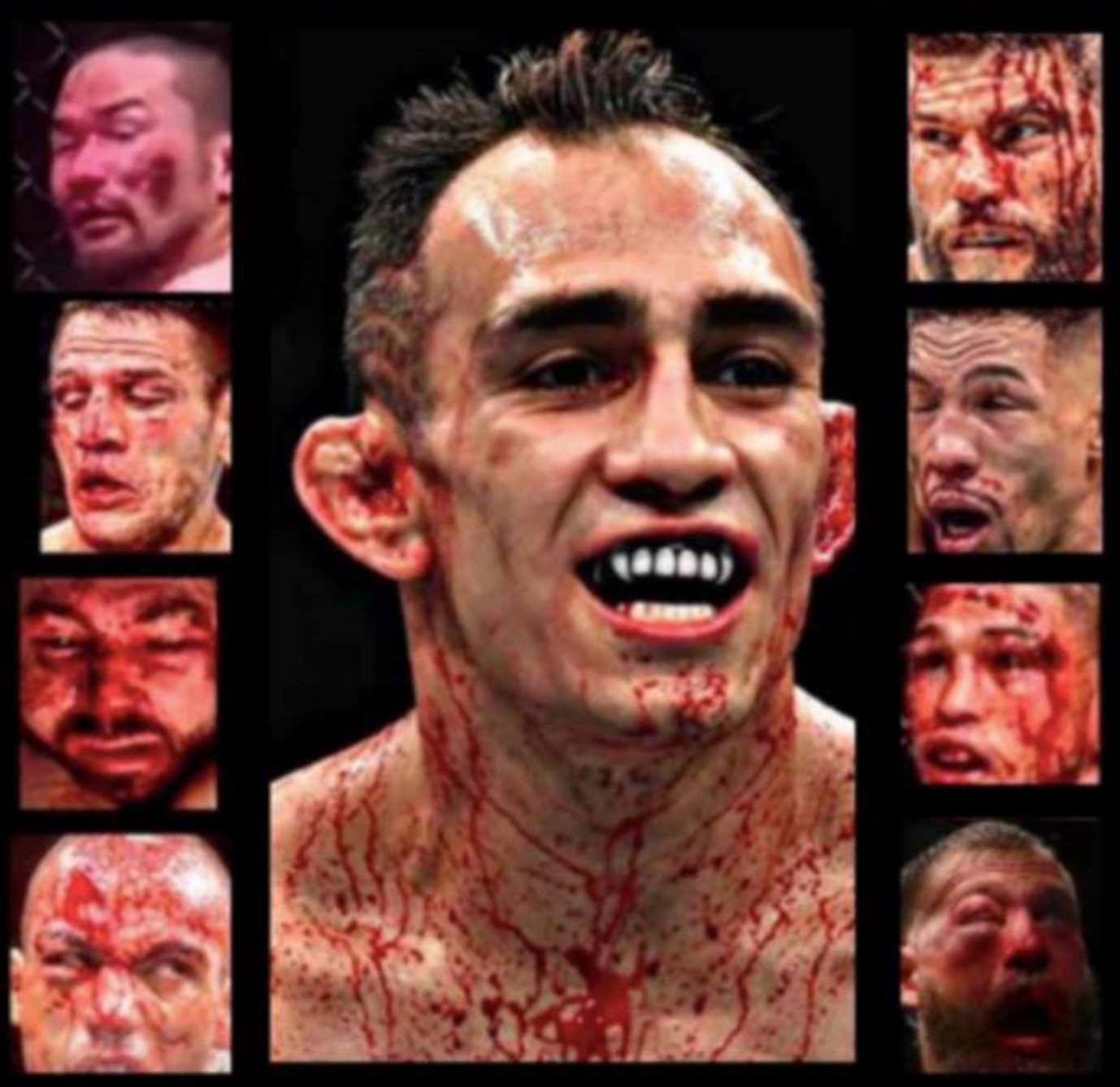 Hell of a way to sell I fight, I guess!

Gaethje ain't no slouch either, don't get me wrong...

...and I don't know how annoying it must be to not breathe out of your nose properly, but this just seems like a unnecessary request. Maybe something Justin should sleep on and get back to us about. There must be a better alternative! These has to be a better way!

Hell, the UFC should pay for that shit just based on Gaethje taking this fight short-notice in the middle of a global fuckin pandemic!