Alright, time for a little truth here. I've been cold as ice the last couple weeks. A combination of tough tracks, tough races, and just getting beat have combined for a bit of a cold streak. So, for those who say "you only talk about tickets when you win", there you go, an admission of coldness. Having said that, we don't let that define us. We don't let that deter us. We don't let that prevent us from reaching our ultimate goal, which is winning. So today, we regroup and we look south to Tampa Bay Downs. They've got a nice little eight race card down there and I think the late Pick Five is more than worth your time. Let's dive in.

Race Four: The clear top choice here is going to be the (3) Hopeful Growth. This horse just ran at this level at Gulfstream, which is akin to a step up from Tampa, and finished second in what turned out to be a pretty good field. Coming to Tampa and getting Gallardo aboard should get the job done. The only other one really close to her that I see is (2) Bridge Dancer. If you want to be safe use them both, I'm rocking the (3) as a single.

Race Five: This race is a weird one, folks. There are multiple horses in this race that are coming off 11-12 month layoffs for their first start. There are multiple shippers from across the pond. It's an odd group to be sure. My top choice would be the (5) Stormy D. For one, she's actually run this year a couple of times and number two, she is very consistent in hitting the board. She should figure in the decision. I could say much the same about the (6) Itsherluckyday. The (4) Clear as Day just broke her maiden after several close calls and maybe will continue that trend of winning in a logical step up. I'm also including the (7) and (8) from Great Britain.

Race Six: This shapes up as a two horse race for me. The (4) Cpl. Dionicio is off a win and takes the next logical step and the (10) What a Hoot has put up numbers that should get him home here if the (4) isn't up to the challenge. Those two are it for me here.

Race Seven: This is where you're very tempted to push the "ALL" button and in fact, that's what we're going to do. Give me ALL of them in a race that is very tough to distinguish a clear top.

Race Eight: The clear top choice here is the (8) U S Army Corps. This horse has improved in each start and last time out at this level got beat by a nose at the wire. Now he's back again with Gallardo on top, I like him a lot. The only other consideration for me would be the (9) Big Dreaming, the first time starter who has been working really well of late. I'm going to risk it with the single. 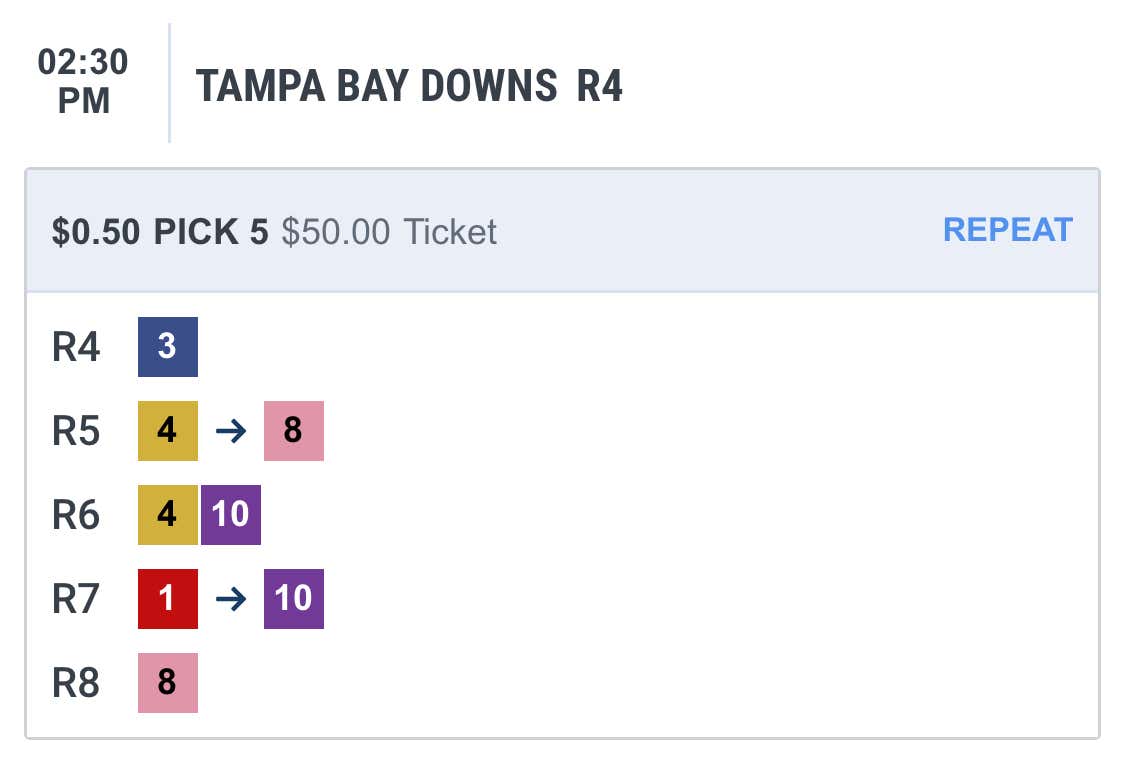