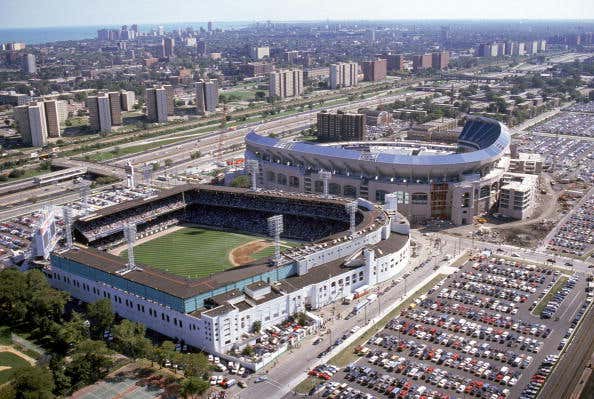 White Sox fans realize we're a smaller fanbase. That the Cubs have a larger "fanbase" (and I use that word with quotation marks for obvious reason) than we do. That nationally, it seems as if the media goes out of its way to act as if we don't exist.

Does it bother us? Yeah, it's def annoying. But we also wear it like a badge of honor, because we know that being a Sox fan is an intimate experience, but one of the best experiences on earth. I obviously interact with the fanbases of all 4 major sports on Twitter, from the Blackhawks all the way through the Bears, Bulls and Cubs. Not one of them is even CLOSE to as tight knit as White Sox fans are. Though I haven't met a lot of the people I yuck it up with seemingly regularly online, it's crazy how everyone seems to know everyone on a personal level on White Sox Twitter and shout out to the Section 108, On Tap Sports Net, and Sox on 35th mutts for making that happen.

And a LOT of that is due to the sacred grounds that is Lot B. Just music blaring, drinks slinging, and nicotine coursing through everyone's veins... aka heaven.

Now take a look at the pic above. That's Old Comiskey Park, which was torn down about 30 years ago and where Lot B currently resides and has become the breeding ground of tailgates, over consumption and general debauchery. There is NO better place than Lot B on a 95 degree Saturday afternoon in July.

I tried looking up how many parks you can tailgate at in MLB, but couldn't find a set number. For whatever reason Wrigley was listed as a place to tailgate and that's far far far from the case, but I do know it's not like football where tailgating is a part of every single stadium experience.

But you can at Sox Park and it's become a massive part of our DNA as Sox fans. I miss that shit SO fucking much. Look at these pictures 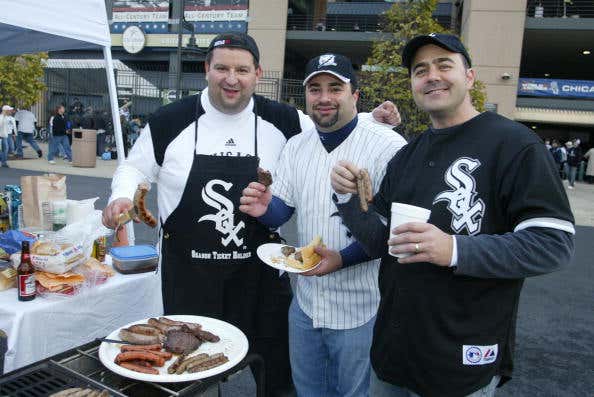 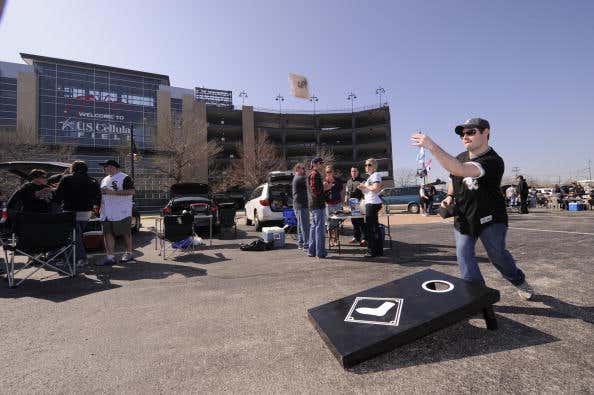 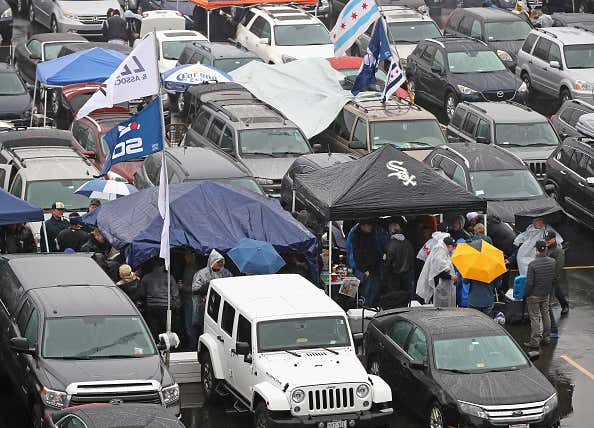 It's really sad we are missing that in our lives right now. We need that slab of concrete back in my life more than anything. Anything at all. And you can now officially wear your emotions on your chest (literally) by paying homage to the best tailgate lot in all of baseball.