Today is Cinco de Mayo. I planned on saying exactly zero things about the occasion because my family and I (and most Mexicans I know) don't really celebrate it. Cinco honors a single win (albeit a big, underdog win) over a single country (France); we party on Mexican Independence Day, El 16 de Septiembre, because that's the day.

That being said, I fully support any day that celebrates any and all things Mexican: music, food, dancing, clothes, booze. If people want to get cheerfully wasted while toasting the motherland, I can only smile with pride and honor. If bars want to blast Bronco or Vincente Fernandez to set the mood, I can only hope there's enough space for me to really feel the music.

HOWEVER, if you're going to post a picture of tacos on Cinco de Mayo - ON Taco Tuesday - please, for the love of God, do NOT slather them with ketchup. 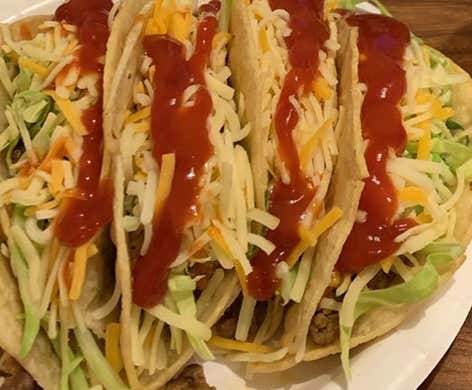 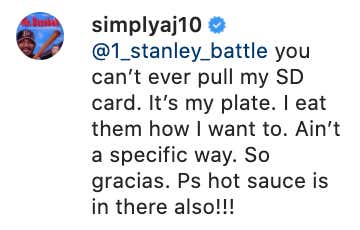 Frankly, Adam Jones deserves better too, even if he clearly doesn't know it. I mean, those poor tacos don't look super fantastic to begin with, but then you drenches them in catsup and all hope goes out the ventana. Damn. Fortunately for him, it's not up to me to decide what he deserves; how he chooses to eat his food is nobody's business but his... unless he's eating it in honor of Mexico.