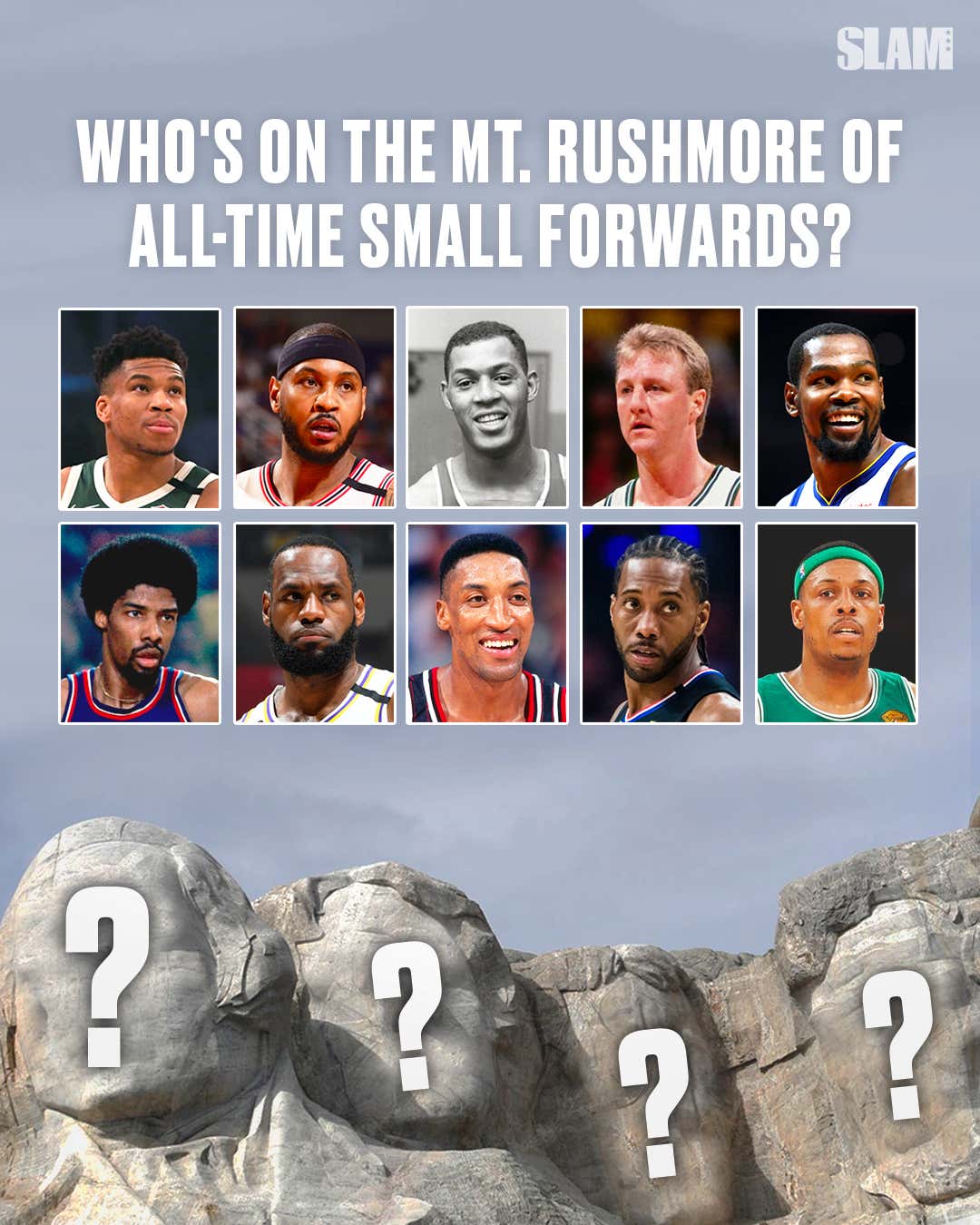 This exercise is tricky because even though right off the bat it was pretty easy for me to come up with my four, there's a big TBD factor. I'll even put my order out for you

Credit to me for being objective when it came to Larry Bird and not including Paul Pierce. I may be a homer like you read about, but I can tell the truth every once in a while. It's also a little weird that players like Melo and Pierce made it over someone like John Havlicek but that's fine. I can understand why maybe you might have Dr. J over someone like Pippen, but for me Pippen's defense is what gives him the edge. This isn't to say Dr. J was bad at defense, but he did not make any All NBA defensive teams once he got to the NBA. Pippen made 10. Dr J obviously has the edge when it comes to offensive numbers, but he also didn't have to play next to MJ.

The two wild cards here are Kawhi and Giannis. It's just a little early to include them in your top 4, but they are certainly on their way. Giannis is looking like he'll already have 2 MVPs under his belt and he's only 25. He could very well add a DPOY to his trophy caes as well. Doesn't exactly look like he's slowing down any time soon, but in order to get into that top 4 he's going to have to win multiple titles. Which brings us to Kawhi. He's already got a couple and a couple Finals MVPs. If he wins a third ring with a Clippers, giving another franchise their first ever title? It becomes harder and harder to leave him out of the discussion. He's not there yet, but the Clippers are obviously title favorites so it's not that far fetched. It doesn't bother me that he might not win an MVP, Pippen didn't, and Kawhi is arguably the best two way SF in today's NBA, much like Pippen was. Let's say that happens, who are you taking out? That's almost an impossible question. I think if he wins his 3rd ring and wins a 3rd Finals MVP, I have to eliminate Durant. That feels so wrong because he's arguably the best offense wing maybe ever, but Kawhi has both ends of the floor covered. Durant has zero All NBA Defensive teams to his name so if he never wins another title I think that's the only way you can go.

So that's my Mount Rushmore. Feel pretty good about it, but man do I need the playoffs to come back this season so we can see if Giannis/Kawhi continue to make their case that they should one day be on it.