Did that thumbnail and title combination confuse you?

Probably. The title is about a 50-year-old African-American man discussing rapping. The thumbnail is an awkward looking white male in his twenties wearing a Fordham beanie. You can see why there'd be a mixup.

Well the people over at the YES Network YouTube page are confusing people all over the Internet. I first had that tweeted at me a couple of weeks ago.

Here's the backstory: In January 2016, my friend invited me to a filming of Michael Kay's show CenterStage. I can't say I'm the biggest Ice Cube fan on the planet, but I thought it would be cool and Michael Kay is a Fordham guy so I went. I wore a Fordham beanie hoping the camera would pan to me in the crowd. And pan they did.

I saw the video when it came out and thought it was cool that I had a few seconds of camera time. After getting more recognition at Barstool a couple of years later, there were a few times people stumbled across me in that video and tweeted something to me. However, I was never the thumbnail of the video back then. That changed recently.

Perhaps there's some Stoolie intern at YES Network who is running the YouTube page, found this little Easter Egg, and decided to make my face the thumbnail. He deserves a promotion because this four-year-old video has gained over 120K views in the past two weeks. 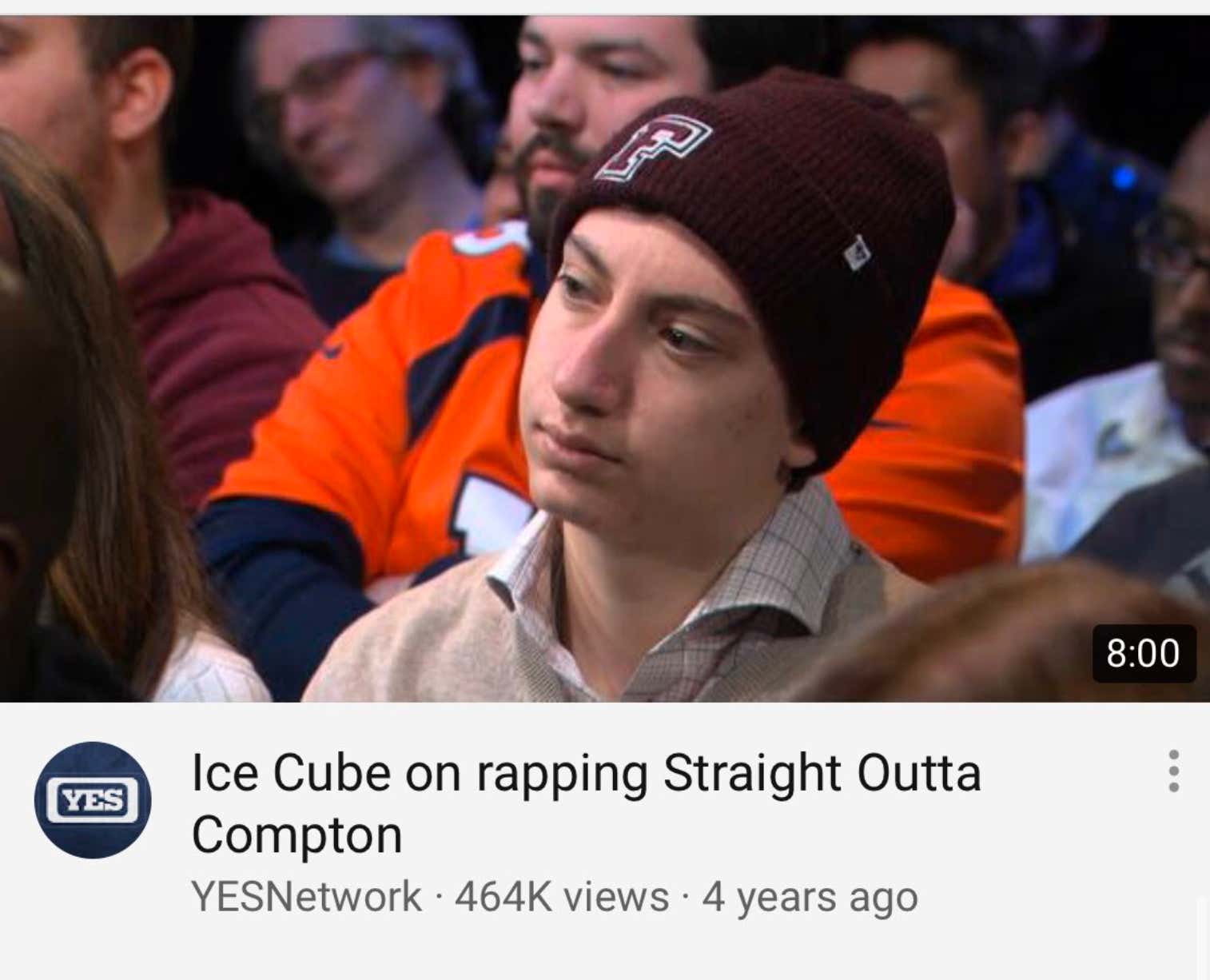 YES Network is using my mug for views and I want royalties! Now I'm not narcissistic enough to think that everyone watching is thinking "Man I gotta see that quick snapshot of Tommy Smokes!" I'd imagine a lot of people clicking on it have no idea who I am and are just confused why this nerdy looking white kid is the thumbnail for a video about Straight Outta Compton.

Let's look through some of the best YouTube comments since I've become the thumbnail.

I think Andy might be looking a little too deep into this one.

I have often been told though that I'm basically the love child of Derek Jeter, Greta Thunberg, Lil Xan, Dave Franco, Eminem, and the "Cash Me Outside" girl.