"I would honestly say this is probably going to be one of my best seasons. Bigger, stronger, faster -- this is my time."

Welcome to the Cleveland Browns, Mr. Beckham! I know you played here (kind of) last year, too. But this is your rite of passage. Your coming of age moment. Your true introduction to the city. I mean, looking forward to next year is a way of life in Cleveland. Bigger....faster....stronger.....this is our year!

Odell Beckham telling the world how this is going to be one of his best seasons yet is literally the Cleveland Anthem. Music to our ears. But then again, I've never heard an athlete tell you that they got "smaller, weaker, and slower" in the off-season. And also, although I'm acting like this is his baptisim into Cleveland sports, let's not forget the hype surrounding last year... 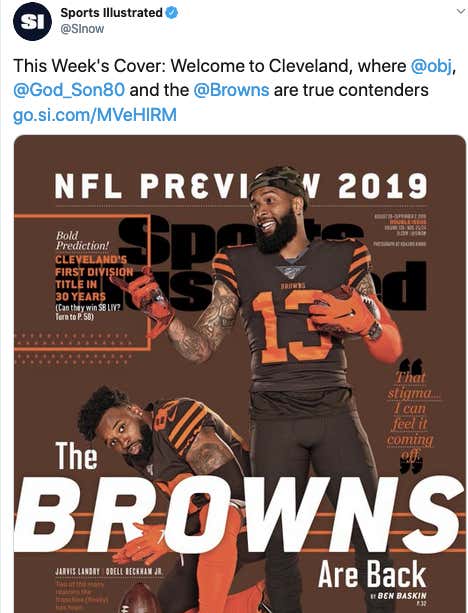 If Sports Illustrated has a funny bone in their body, they'll publish the same cover again this August titled "The Browns are Back 2.0". Actually, more like "The Browns are Back 21.0". The Browns have been back since we returned to Cleveland in 1999......but we have just 1 playoff season (lost in the 1st round) over those years. We've literally had 2 winning seasons total (none since 2007). Jesus, this franchise is so bad.

But this is the year. We have OBJ. Jarvis Landry. Kevin Stefanski. Andrew Berry. The Browns have all of the pieces and are finally true contenders in the NFL. 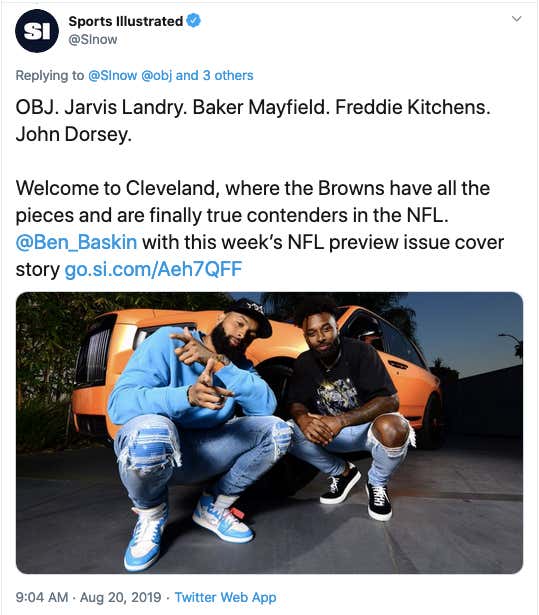 Woooof. Talk about deja vu for the 20th straight year. Whatever.

I will say: it does feel different this year. I think this is the year...