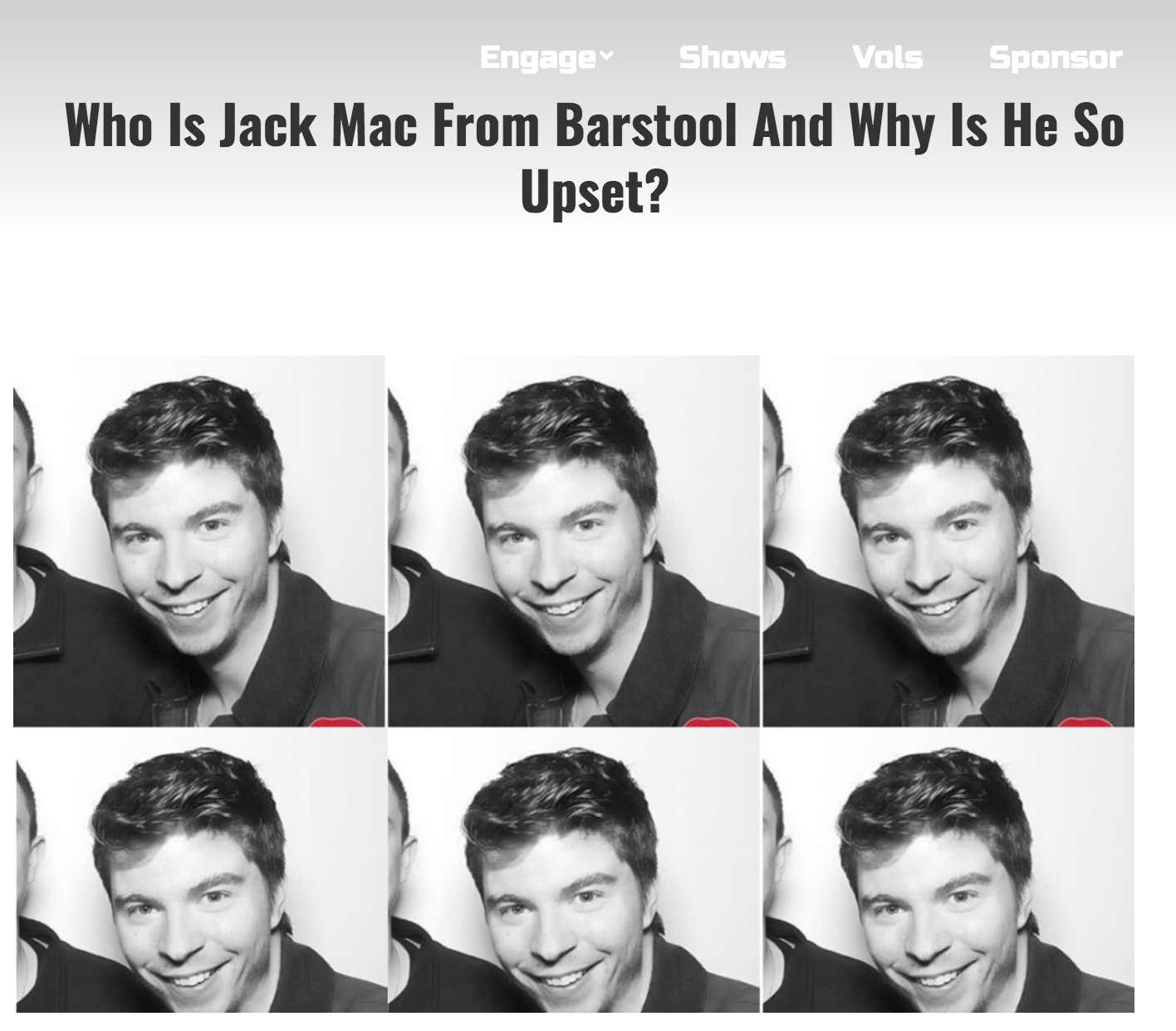 Which is almost as ironic as his favorite football team being the same as the type of girls he likes, huskies.

This is just crazy. Where do we put the body?

Listen, Jack Mac is the best college football guy on the internet. I mean that. He keeps his ear to the ground better than anyone. He doesn't pretend to be something he's not, and he is great at what he does.

With that being said, I don't think ANYONE has the job security to recover from a 105.7 karate chop.

I know Big Tennessee has already weighed in, and is deliberating which side to take... but as our offices' longest tenured Vol fan, I just want to go FIRMLY on the record that I am on the side of 105.7 here.

I'm pretty sure we've already won this battle, but if Jack Mac has any pulse remaining, I'll be watching with binoculars from our bunker as we put the finishing touches on the flatline.