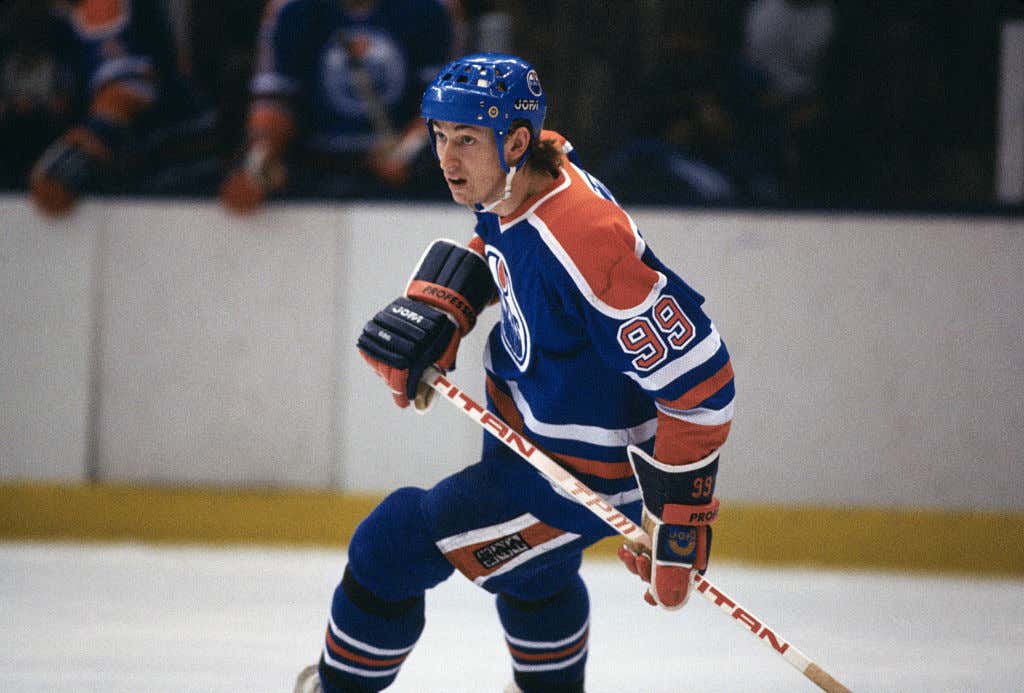 Wayne Gretzky was credited with 2 fights in his NHL career. One of the very few stats in the game that he doesn't hold the record in. The first fight was against Doug Lecuyer late in his first NHL season ('79-80), but there's no video from that fight so we'll never have a chance to know just how hard Wayne beat the shit out of him.

His 2nd career fight came just a few days before Christmas in 1982 in a game against the Minnesota North Stars. He had already won the Hart Trophy the past 3 seasons in a row and won the Art Ross Trophy the past 2 seasons in a row. He also won the Lady Byng in the 1979-80 season. But I guess Bad Boy Gretz had no intentions of winning the trophy again in this season because we had a good ol' fashion wire cross here.

....that lasted for roughly 6 seconds from glove drop to breakup.

But just imagine for a moment that we're living in an alternate reality. There are infinite universes out there and in at least one of them, I have a feeling that Wayne Gretzky wins that fight. I mean out of the infinite amount of possibilities I can't imagine there are more than maybe like 2 of these universes that he wins that fight. But it's certainly more than none of them. And those are the universes I wish I lived in.

Because imagine a world where Wayne Gretzky isn't just the greatest goal scorer the game has ever seen (and an even better passer), but also the biggest bad boy in the league. If Wayne Gretzky wins that fight against Neal Broten, he gets himself a taste for blood. And guess what? He likes it. And his appetite is ravening. He'd be chuckin' knucks on the daily.

And I'll tell you who the luckiest lad on the planet is that Wayne Gretzky didn't pummel Neal Broten back in '82. That award would go to Jeff Norton of the San Jose Sharks back in the 1993-94 season. Because if Wayne Gretzky had an NHL fight win to his name already at that point, it would have been over for old Jeffy.

Unfortunately that's just not the world we live in. But you could imagine what it would be like if we did, right? Right? Get on the bus.