Johnson fancied himself not merely an entertainer, but a maestro. "If you ever die and go to heaven, you want heaven to be Magic's house parties," said Frank Brickowski, a future Lakers teammate. "He would have the finest girls in L.A. there. The absolute finest. And at midnight you had to get busy with somebody or you had to get the (expletive) out. So if you were a guy, at midnight you'd get as close as you could to the hottest possible woman. Magic went around in this freaky voyeuristic way. He'd check on you. He'd go throughout the house, the pool. He'd order people to start doing things. All you had to be was near a chick. There were guys who would yell, 'Magic, she's not getting busy! She's not!' He'd run over and she'd get busy. Celebrity is seductive in L.A. Girls have this desperation about them, like moths to a flame. It's sad. But when you're young and single, fame matters."

Staying a virgin during that is nearly unfathomable. I don't know if it's just that A.C. Green wasn't a star or what, but it's not nearly talked about enough that he was a virgin. He wore a fucking green bear on his head while sitting on the bench to help promote celibacy until marriage. Do you know how outrageous that sounds? Well, look at this: 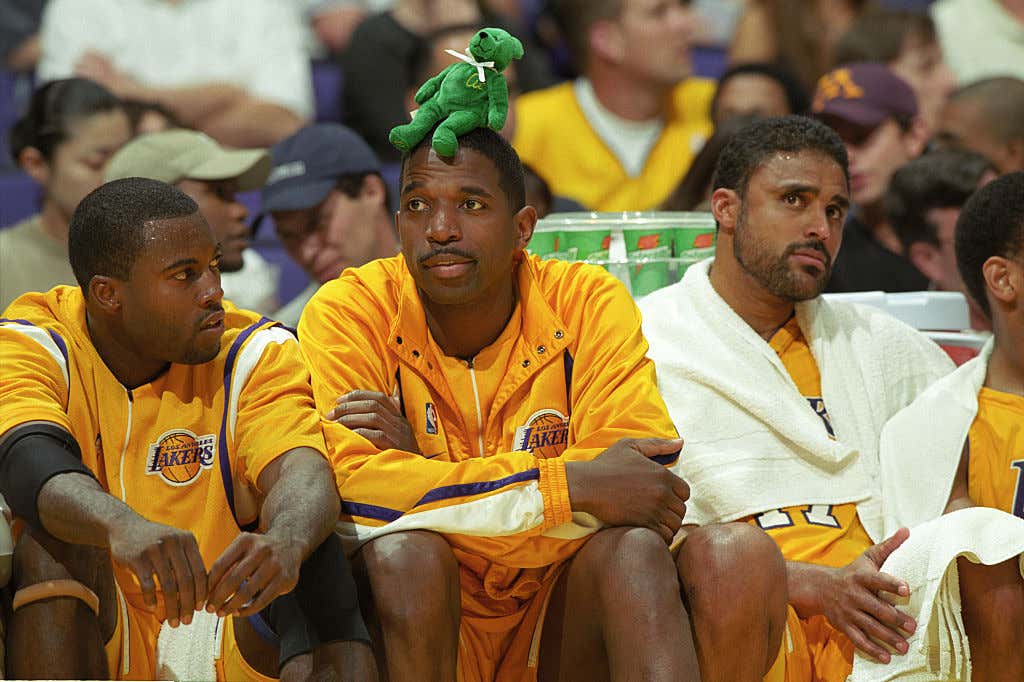 But then I found this out too about AC. He was diagnosed with chronic hiccups his entire career. Let me say that again CHRONIC HICCUPS - maybe. It's on his Wikiepdia page that he was diagnosed with it, it never bothered him when he was running or active but couldn't sleep for more than 2 hours during the night. Not only that, but there are columns about whether or not this is a myth.

Fucking A.C. Green and the A stands for Amanda. I'm not even lying, he might be the most fascinating player in NBA history for simply doing nothing.