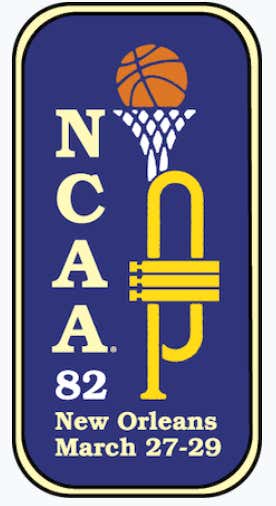 After watching The Last Dance, I expected to watch the '82 NCAA title game and witness Michael Jordan completely taking control.

As a true freshman, Michael didn't need to be the go to guy on North Carolina. That role belonged to All-American James Worthy who earned M.O.P. of the '82 tournament, OR even Sophomore Sam Perkins who earned the honor of defending Georgetown's insanely quick 7 foot freshman, Patrick Ewing. Like Jordan on his team, Ewing didn't need to step up and be the guy. Georgetown's guy was All-American and First-Team all Nickname - Sleepy Floyd.

While Jordan really only made his presence felt in the 1st half through rebounding, Patrick Ewing came to tipoff ready to make a statement.

That statement came in the form of FIVE GOALTENDING CALLS a few minutes into the game. Not an ideal way to make a statement, but TECHNICALLY the ball didn't go through the hoop for North Carolina until Ewing goes to the bench to rest. On paper, that's great defense.

Ewing swatting the ball over the rim like it was a murder hornet wasn't necessarily the prettiest thing, but North Carolina FINALLY scores and starts a run the second Ewing leaves the game. 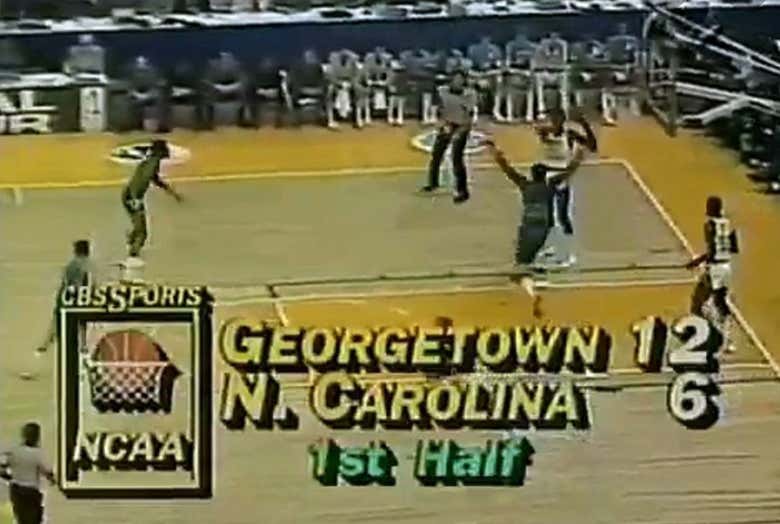 The run continues until Ewing comes back

*gets another goaltending call*

BUT 3 of the next 4 possessions go like this for Ewing: STOP / BLOCK / STEAL

No big-man could transition the floor like Ewing. He'd be essential in the Hoyas 1984 Championship, but until then it was time for a young star on the other bench to emerge and make his statement.

Michael Jordan plays a lot of good basketball in this game, but Michael Jordan becomes MJ when he drives into the teeth of the defense and creates his own shot over Ewing, with his left hand. The next shot North Carolina makes is the game winner by MJ. During the time out Dean Smith makes eye contact with 19 year old MJ and tells him don't be afraid to take the shot if you are open.

Jordan was open and the shot goes down. MJ even said during his NBA career he looked back on the title winning shot for confidence. 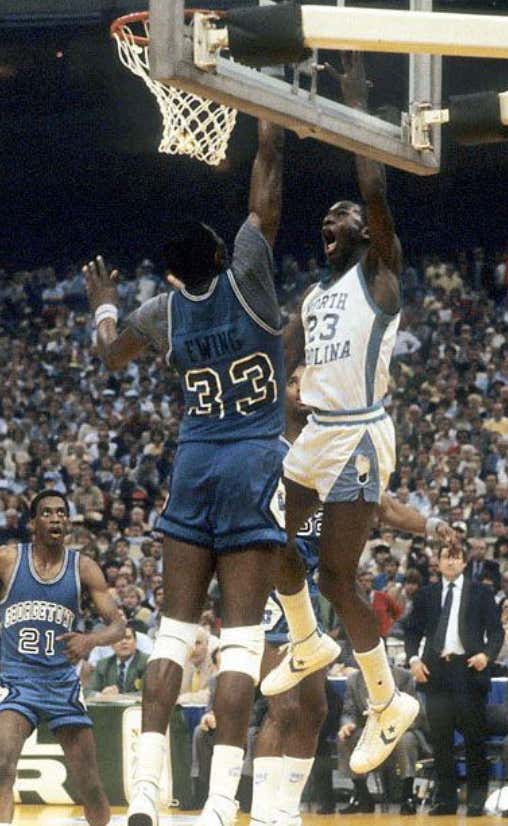 Isiah Thomas won the NCAA Championship the year before with Indiana.

MJ didn't know it yet, but a national title was one accomplishment Thomas could never hold over Michael.

Ewing and Jordan were 19 year old freshmen already leaving their imprint on the game of basketball. As highlighted in The Last Dance, MJ and Ewing met up again several times in the Bulls vs Knicks matchup and the results were just as good as the first meeting.

New episode of Twisted History with myself and Large every Wednesday …