Supermodel Nina Agdal is at home like the rest of us trying to stay sane. She's also doing her part in playing entertainer for everyone who follows her. God's work some may call it. Over the weekend a nasty Insta troll tried to bring her down by saying she's just desperate for attention. Okay guy. Nina responded. 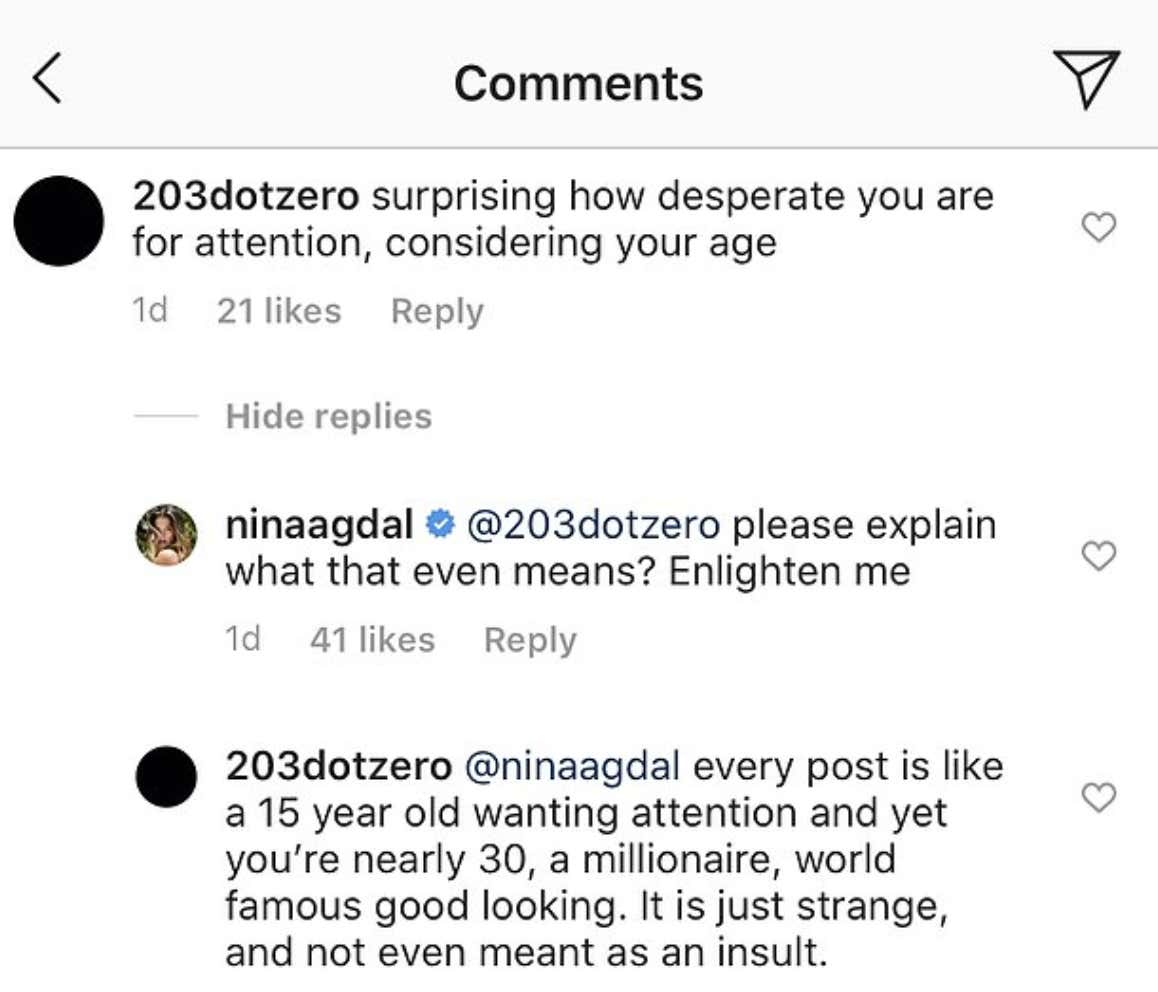 Thankfully it looks like it's going to take a lot more than that to break her will. She clapped back with this topless pic by a tree no more than a week later. Just some nude tree hugging. Was it in direct response to that internet troll? Who is to say? All I know is fuck 203dotzero.

Slay queen. Don't let the 203dotzero's of the world get to you. They're the ones hiding behind their keyboard just wishing they had your life.

Keep blocking out the hitters and lettem' rip during the rest of quarantine.