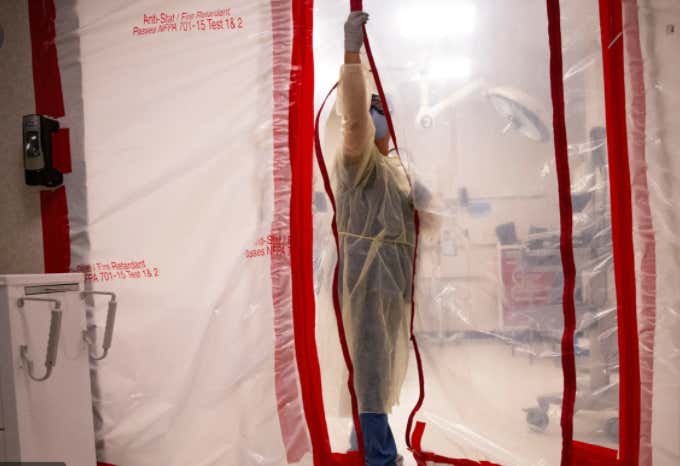 I wrestled this weekend about writing this blog. After all, Barstool is a comedy site and folks come here to take a breather away from the daily drumbeat of life's cadence. Hell, I use Barstool for that too. But, life isn't all log splitting videos or motorcycle riding monkeys. Sometimes real things happen and I think it's ok to be open about that. Whether it's talking about huge mistakes you've made in the past, mental health, or any number of other deeply personal things, I've tried to be as open as I possibly can be in my four years here. I think that's what makes us successful; we are successful because of the rare moments that we begin unmasking the realness behind the typical veil of humor. Occasionally we can lift that veil and expose the ugliness of our current moment's bride.

Childhood can make us who we are for better or for worse. There were parts of my childhood that I loved. Spending time on fishing boats with my grandpa or riding through the country roads of northern Florida in search of the best boiled peanuts in the south are memories that I'll hold dear until the memories can't stay in my brain anymore.

I don't have those memories with my dad. Truth be told, I have nothing but resentment towards him. My dad was a drunk who didn't care about me. He didn't care about our family. He didn't care about much besides himself. He continued those traits until, after years of boozing and ripping cigs, he had a stroke about 8 years ago. The stroke left him unable to speak, walk, or communicate. When my wife was deeply pregnant with our youngest, I got a call that my dad had a stroke while driving his 18-wheeler and that he was in the hospital in Amarillo.

I flew out to see him in the hospital because I felt some semblance of responsibility. I was the most financially secure of my siblings and was also the closest geographically, so I went despite the fact that I rarely spoke with him and had no desire to start again. Walking in and seeing my dad after his stroke was difficult. Because of the resentment I harbored, my feelings were muted to the point of near silence. My emotional silence in the wake of my dad's near-death was eye-opening. Should I have felt more? I'm not sure but the fact remains, I didn't.

It's hard to believe that his stroke happened eight years ago. For eight years, my dad has been in a nursing home. He's been unable to speak, walk, cut his hair, shave, feed himself, or use the bathroom by himself. Because of the way he lived when he wasn't home-bound, he rarely gets visitors. His mom will pop in from time to time and shockingly, so will my mom. My sisters don't go and haven't in years. My aunts and uncles don't either.

When I got word that he was hospitalized with coronavirus, the first thing that went through my mind was closure. The closure could soon be coming for a life that was wasted by poor decisions, ill-begotten sobriety efforts, and kids tossed aside like he would Salem Menthol cigarette butts. Living life the way he has for eight years, if we can even call that living, is inhumane by all accounts. Stuck in a world with only your own thoughts but without a way to express those thoughts and, worse than that, no one there to watch you struggle to get those thoughts out is my literal nightmare on earth. It's self-imposed isolation on an overpopulated planet. It's loneliness while being surrounded by people on all sides.

Growing up, all I wanted was to be a dad. I looked at my dad as he'd board another Navy plane and think that my kids would never think of me the way that I thought about him. It was my goal. He taught me how to be a dad by simply applying the ole opposite day rule. I've accomplished my goal in that regard. My children think that I hung the moon on most days and, even on my worst days as a dad, they have never doubted that I love them.

Because my dad served in the Navy for 20 years, he's been in a veteran's home for about seven years. Despite the type of family man my dad was or is I guess, not sure about tensing here, he deserved more than he's gotten from this veteran home. He's not alone in that regard despite being essentially alone in this struggle for what is remaining of his life. Veterans homes across the country are being ravaged by Covid-19 and there's simply nothing that can seemingly be done about it.

There are times in our lives when we are faced with our abject mortality. We see this in stages, I think. When I was younger, death seemed like it could only be generations away. When I was under a stairwell and covered in my own blood in my early 20s, death seemed too close for comfort. As a father myself and nearly 40 now, I'm cognizant that I need to make it count. I let my bosses know what was happening to my dad and, as a result, me, I guess. Erika, Dave, and Keith asked me if I was doing ok. The truth of the matter is, yes. I'm doing fine. Jokingly, I said to Erika that the fact that I'm doing fine serves as a reminder that I need to double down on my efforts to be a good man and father/ husband. I expounded to Erika that I should be a better father because I don't want my kid's answer to be, "I'm doing fine" when something eventually happens to me. I want my kids to be devasted beyond measure when I die. I want my friends to be crushed. I want my family to be racing traffic in order to hold my hand and kiss my forehead as the last breaths escape my lips.

There's a personal responsibility to meet that end. The responsibility is ours, and we can do that by living in such a way that the response to our grave illness isn't just a simple "ok." That's what I texted my sister when she told me about my dad's condition. Two letters. Those two letters are the representation of more thought than I or most of my family has had about my dad in 5 years. We reap what we sow. That phrase is all too common and it seems to be too simple. We can't just sow correctly once and receive a bountiful harvest full of life's fruit, love, and respect. Cultivation takes time, effort, care, and constant attention. If you don't, you are left like a sack of potatoes that is forgotten about and tossed aside like the trash that you lived as.

I don't want to be potatoes and, this weekend, that refocused realization left my spirits a little mashed. I want to make "what could have been" turn into what is and will be. The seasons of planting are still here. Bloom where you're planted but choose the ground you plant carefully because soon you'll be in it.