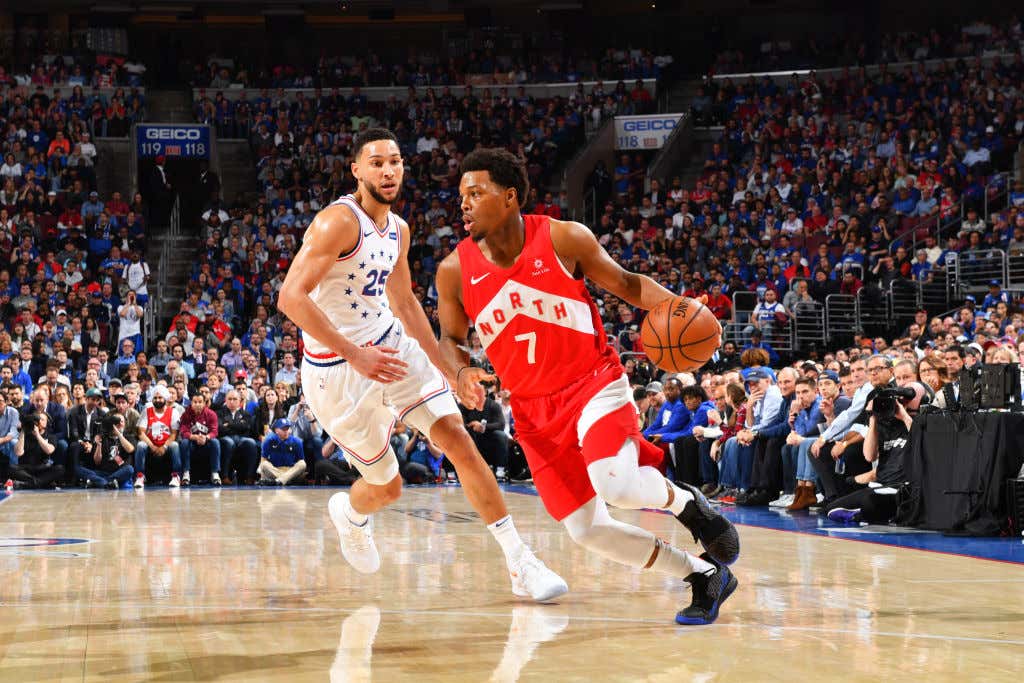 Oh hell yes! I love a good NBA Draft rumor and this my friends is quite the doozy. So outrageous you want to immediately reject it but then again these statements are coming from blue checkmarks so maybe there is something to it? Usually you're pretty safe if you only take this kind of shit seriously if it comes from Shams/Woj/Haynes/Stein etc, but shit we're all bored as hell and I'll take any sort of rumor at this point.

The specifics of this trade don't really make a lot of sense though if the goal is for the Raptors to snag LaMelo Ball. At worst, every mock I've seen has him going 4th. If I'm understanding this correctly, the Sixers trade BEN SIMMONS aka one of their franchise cornerstone players in order to get that GS pick, only for them to then flip it for Kyle Lowry and whatever else the Raptors can scrap together? Why the fuck would they do that? Toronto owns the 28th pick in this draft, the Sixers own OKC's pick which is slated to fall in the low 20s. If the Sixers aren't going to give the Raptors that GS pick, how on earth is TOR getting into the top 5? Am I crazy or does this not pass the smell test?

The same can be said if you swap Ben Simmons for Joel Embiid. Why the hell would PHI do that? I know they are perennial underachievers but you don't break up that duo just yet. Especially since both are already signed long term. Now, Kyle Lowry doesn't suck, but he has only 1 year left on his deal for next season at $30M. Why would anyone give up franchise cornerstone players for 1 year of Kyle Lowry plus whatever else there might be? The Sixers front office may be dumb, but they can't be THAT dumb right? Even with Lowry being a Philly guy.

The whole thing is just a little confusing to me. I refuse to accept we live in a world where the Sixers would trade GS's pick and Ben Simmons/Embiid for Kyle Lowry. If that's the case then Danny Ainge needs to wake the fuck up and get on the phone immediately so he can swindle the Sixers once again because from the sounds of this rumor they are itching to make another boneheaded decision that will set their franchise back decades.