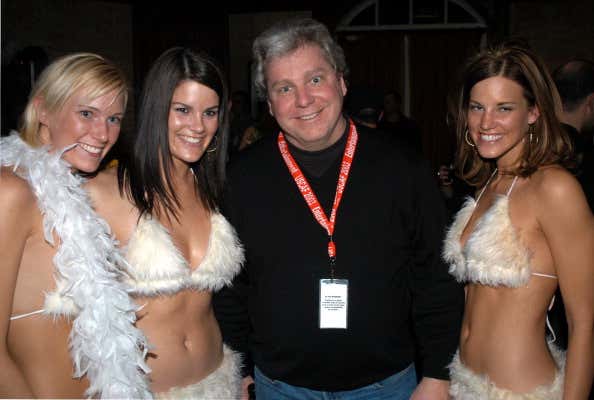 This is a gentleman by the name of Joe Lockhart at a Maxim magazine party from the early 2000s, back in a day when fur bikinis were fashionable partywear and men pleasured themselves to PG-13 photo spreads of Anna Kournikova and Jamie-Lynn Sigler.

The reason I bring him up is this Twitter post. After Bill Simmons threw shade at 2004 Alex Rodriguez because 16 years ago Simmons was considered the voice of the Boston fan and still a couple of years away from doing 10,000 word articles about the Clippers twice a week:

That's coming from a guy who was a league department head until about 16 months ago. A vice president. Answering directly to the Commissioner. The person in charge of all public communication. Speaking on behalf of the entire league. And therefore presumably for the team he automatically word-associates to when he reads the words "shameless cheater."

Let's review Lockhart's tenure at the NFL's top PR guy. What was going on from 2016-18? Those same cheaters he just Tweeted about went to all three Super Bowls. They won two of them. They had their quarterback suspended for four games for a cheating scandal that was debunked by "Magic Schoolbus"-level science. They had just had two picks taken away in the previous draft, one of them a first rounder. The unforgivable sin of having a bag of footballs in a men's room for 90 seconds never materialized into them being taken out to the field in a Brink's truck by armed guards. As a matter of fact, the officials for a game in Foxboro got to Gillette only to realize they'd left them back at their hotel in Boston and had to get the State Police to rush them to the stadium. And come to think of it, on Lockhart's watch they never once tested footballs in-game and released the data so we'd know whether they lose pressure in the cold like the cheating Patriots and simple physics claim. Funny how that conversation went away while he was doing all the spokesing for the league.

So it's strangely sort of comforting to know that Patriots fans were right all along. The NFL is run by Truthers who honestly believe the Patriots Dynasty sits on a Throne of Lies. And that resentment goes all the way to the top of the corporate flow chart. That just because we're paranoid doesn't mean they're not actually out to get us.

The only question now is why would anyone question us for questioning the honest of Ginger Satan and his minions like Ted Wells, Mike Kensil and this fucking Lockhart guy. 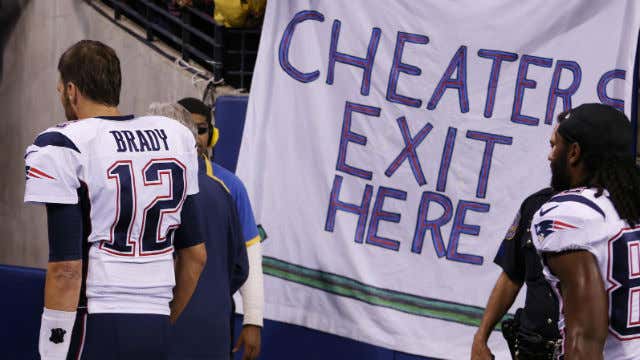