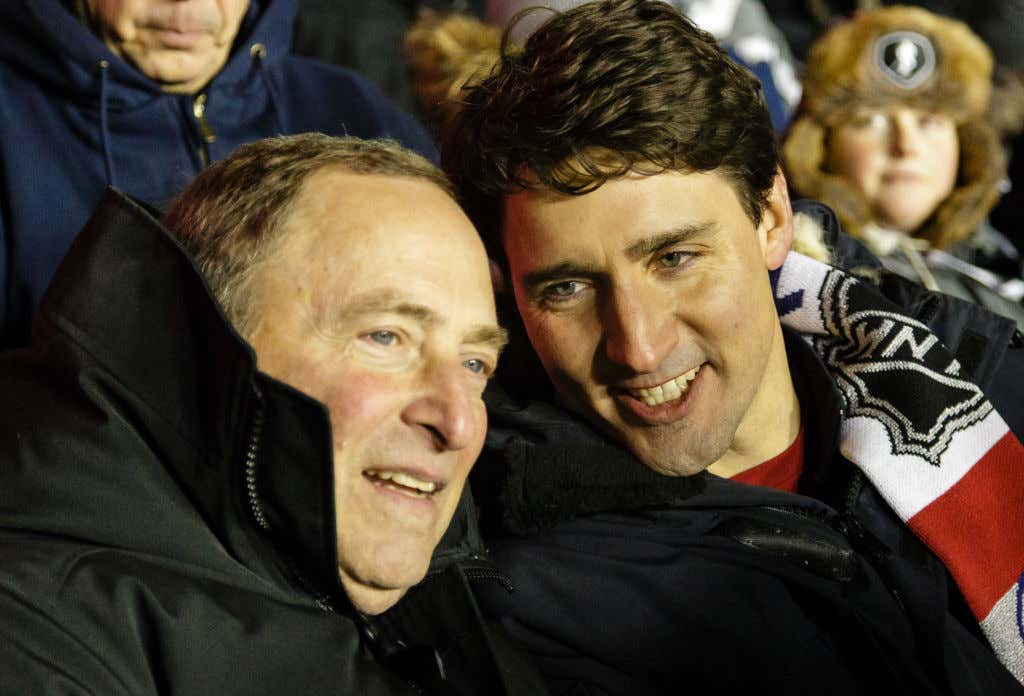 CBC - The NHL could face another hurdle if the league decides to continue the 2019-20 season in the near future — getting non-Canadian resident players across the border to join their respective teams.

Prime Minister Justin Trudeau said Sunday that players would — at a minimum — need to follow quarantine protocols if they were to arrive in Canada while the border remains closed due to the pandemic.

"I think it's a question we'll have to look into," Trudeau said in a press briefing. "Certainly at a strict minimum, anyone who arrives from another country will have to follow all the rules of quarantine in an extremely strict manner, but we're not there yet in our discussions with the NHL."

Justin Trudeau has been the Prime Minister of Canada since 2015. And in that time, no Canadian team has even advanced to the Stanley Cup Final let alone win the whole thing. Hell, in 2016 there wasn't even a single Canadian team to make the playoffs in general. At least Stephen Harper had Edmonton, Ottawa and Vancouver all make it to the Final during his time in office. He was also in office for back-to-back Olympic gold medals in Vancouver and Sochi. What has Justin True-Dope accomplished during his one Olympics in office? A measly bronze in Pyeongchang.

So it's safe to say that as far as hockey is concerned, Justin Trudeau is the worst Prime Minister that Canada has ever seen before. Zero Stanley Cup Final appearances, zero gold medals, and a year in which no Canadian NHL team even made the playoffs. No Super Bowls either while we're at it, but I don't want to pour on the guy too much.

But now it appears that Justin Trudeau is trying to take his puck and go home. It appears as if he's going to make it as difficult as he possibly can for the NHL to resume and finish out the 2019-20 season. Because he believes that if a Canadian NHL team is not going to hoist Lord Stanley's Cup over their head for yet another year since 1993, then nobody will. Truly deplorable.