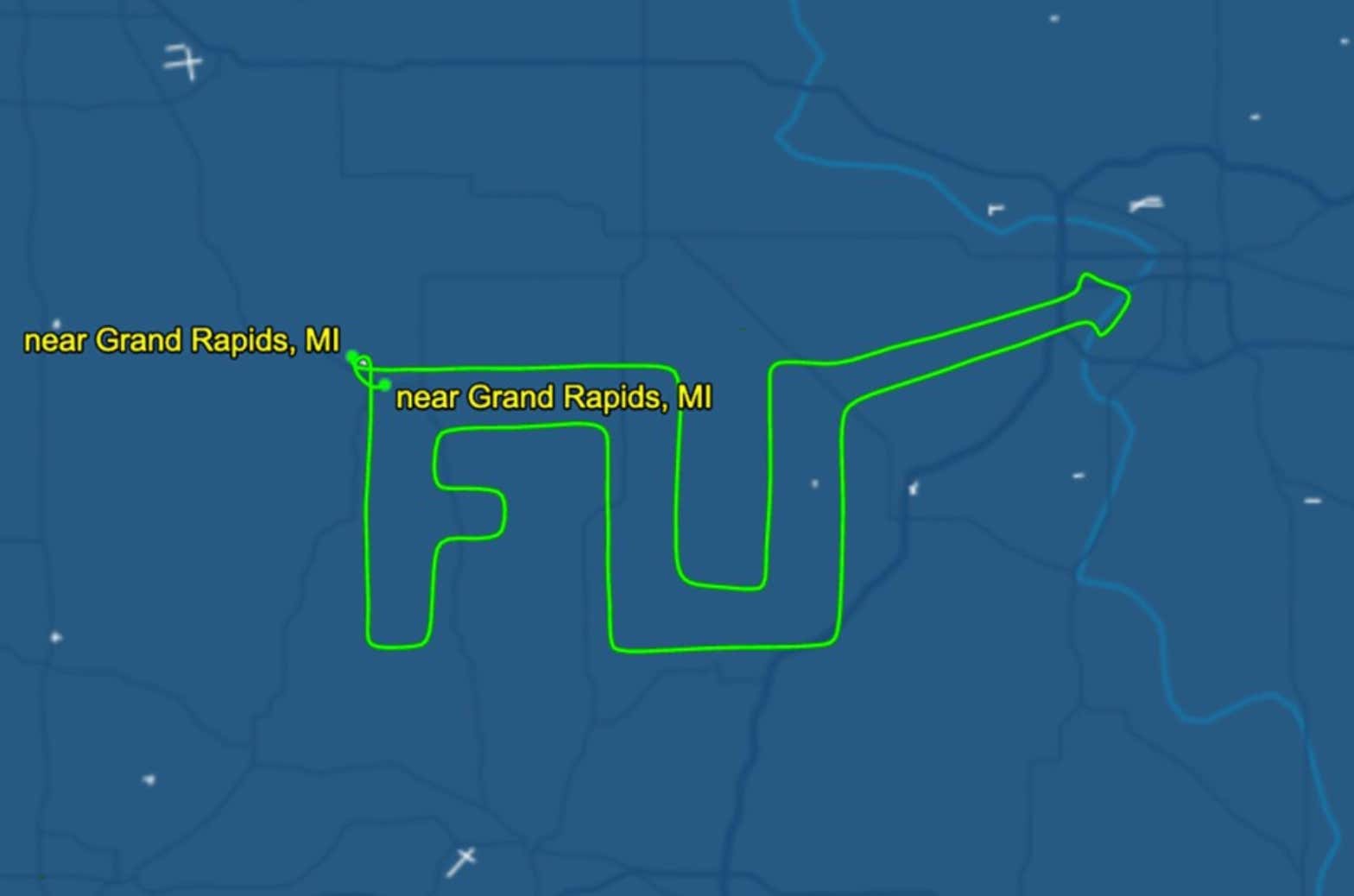 NYP- This frustrated Michigan pilot gives a literal flying you-know-what about his governor’s lock-down order. Ed Frederick, 45, spent about an hour charting a path over Grand Rapids that spelled out this message for Gov. Gretchen Whitmer: “F U,” with an arrow pointing directly over the governor’s mansion. Frederick said he was inspired to hop in a propeller plane Friday morning after Whitmer announced an extension of the state’s emergency lockdown order through May 28. “It’s a power trip,” Frederick told The Post. “The government, no matter Democrats or Republicans, always seem like they’re trying to do something just to prove they’re doing something, without weighing the ramifications.” Frederick, who lives just outside Grand Rapids, said he owns a small business with his sister, and explained that he believed a lockdown was unnecessary for the entire state, considering the largest concentration of cases were in the southeast region around Detroit. “That’s been an issue for a lot of people in the rural counties,” he added. “There are 82 counties, but really only four need to be locked down.”

Is it just me or does it feel like the state of Michigan is about to reach a boiling point with everything? Not only do they have dudes with guns showing up to the capitol building but now there's pilots taking to the skies and writing F U to the governor over coronavirus lockdowns. That's some wild shit man. Things are tense all across the country because every state is different and every governor seems to be handling the pandemic differently and people are getting antsy but it sure seems like the folks in Michigan are very mad, mad enough to get in a plane and express their anger with flight tracker art.

If I'm the governor of Michigan, I'm far more offended by the F U flight tracker than the protests at the capitol building. People are always going to protest, and some of those people are almost always going to bring scary guns, but it takes a special type of pissed off to get into a plane and start cursing via a flight tracker. That pilot had to plan that whole thing beforehand and at no point stopped and thought to himself, "Well this is kinda ridiculous". Not to mention the F U is way funnier and people love funny. The protests at the capitol building could end up very very messy if one person makes one wrong movement but writing profanity with a flight tracker is a harmless protest and a barrel of laughs. Oh and the arrow that looks whole a lot like a penis? That thing is pointing right towards the governor's mansion. Consider yourself fully roasted, Mr. Governor Of Michigan.