Is lifting more than a thousand pounds impressive? Sure. That is heavier than 1000 pounds of feathers, 1000 pounds of bricks, or even me! But I couldn't let that big son of a bitch have his day in the internet sun without pointing out that he choked on the biggest stage possible (The Mountain, not Jack Mac).

A lot gets lost in the utter chaos that was the destruction of King's Landing, which is understandable considering a dragon turned hundreds of thousands of people into fucking ash in mere minutes. But The Mountain not only having his brother beaten, battered, and on the ground but also doing his signature move of popping his opponent's eyeballs like grapes should have sealed the deal. If you want to continue the parallels between Super Bowl LI and the Cleganebowl, The Hound's eyes being squished was the Julio Jones catch late in the 4th to fight off the comeback.

However, the knife through The Mountain's skull was Matt Ryan taking a sack on 2nd & 11 just outside the red zone with less than 4 minutes left. 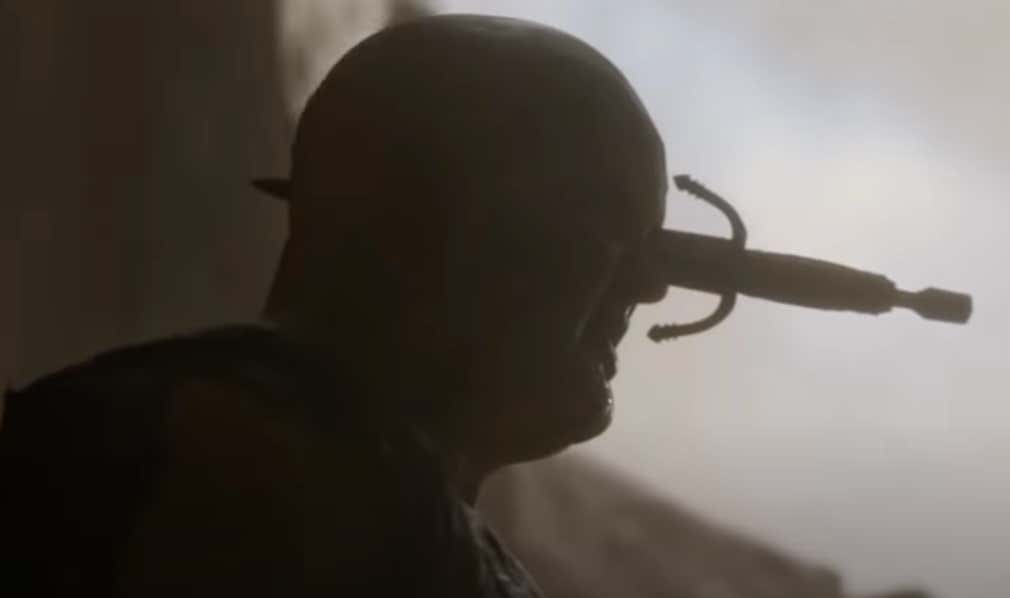 While Julian Edelman's catch being the stone wall crumbling right as The Hound speared his brother like Goldberg.

Blogger's Note: This was the luckiest catch to ever occur in a Super Bowl involving the Patriots

I suppose there is no clear moment to compare to James White scoring the game-winning touchdown. But I like to think The Hound smiled knowing he served his dish of revenge piping hot for what Gregor did to his face as a child by cooking his brother alive(ish).

P.S. Say what you want about the last episode or even season Thrones, but the Cleganebowl fucking ruled and I'm not just saying that as a member of The Hound Hive. #thehoundhive. Also don't let the Cleganebowl distract you from the fact that the Game Of Stools podcast sniffed out the last season of Thrones being weak from the jump and we all had our mentions flooded with blind fanboys that said we were being too negative even though we were all hoping it would get better the entire time since we loved the show so much we started a podcast for it. I almost hated all that shit as much as I hated the final season of Thrones. Whatever, this shot was still the tits.

P.P.S. The "What's heavier 1000 pounds of bricks or 1000 pounds of feathers" was the most mindblowing riddle in 2nd grade or whenever it first made its appearance. Nothing better that calling someone an idiot, a fucking idiot for not realizing they were the same after someone else had bamboozled you.