On draft night, ESPN mentioned that Joe Burrow was the 2nd LSU QB to be drafted #1 in the 21st century. I told myself "that has to be wrong, right?" Then it hit me.....Jamarcus Russell. How on earth could I forget about Jamarcus Russell.

Funny enough, a week later, this clip popped up on my timeline of Bruce Gradkowski discussing how he and Charlie Frye (holy throwback) had to stop at Wendy's and pick up 10 cheeseburgers to convince Jamarcus to watch film. Talk about a pair of teammates.

The stories around Jamarcus Russell deserve a 30 for 30 on them. I'm not sure how it hasn't been made yet. 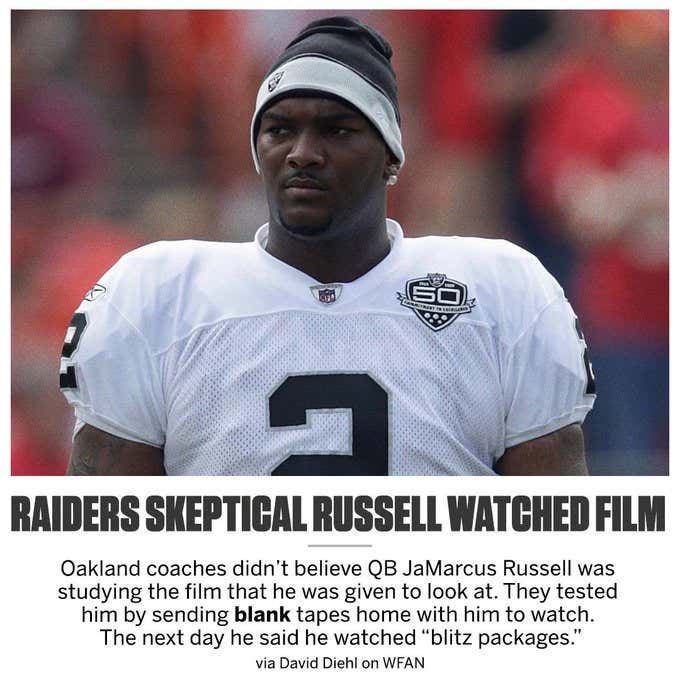