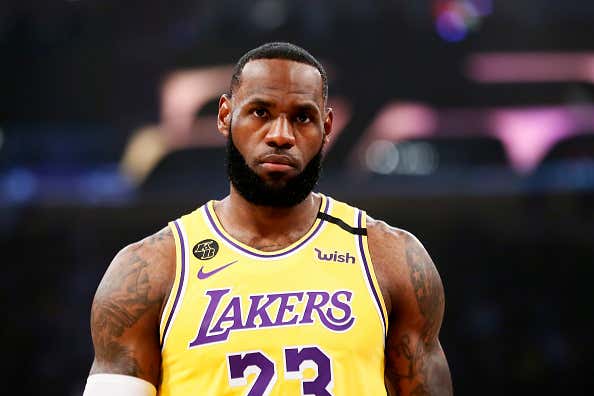 Everyone in the world is watching The Last Dance. Literally everyone. We are all talking, tweeting, podcasting, giving interviews, etc. Lebron James, the current face of the NBA and the guy who is constantly compared to MJ and the other half of the world's most over-done debate has said basically NOTHING about the doc. One tweet so far

Basically a "I remember my first championship". He took one moment after 4 episodes and made it about himself. Whatever. Not that big of a deal. I just find it odd that the biggest basketball player on the planet, who tweets his dick off about everything all the time hasn't had much to say about a basketball documentary that is a cultural phenomena. Seems odd. His VERY next tweet after the one using MJ's first championship to talk about himself...aligning himself with Isiah Thomas

There have been 10 BILLION highlights of the 90s Bulls going around the internet this week and Lebron goes out of his way to retweet a video of Michael Jordan's sworn enemy AND point out that Isiah is from Chicago. There is NO way that is a coincidence. He's being a petty little bitch online because he is mad about all the shine MJ is getting for being the true GOAT while he is sitting at home wondering if he will have a chance to lose in the NBA Finals again

Lebron staring down Jordan on a breakaway dunk up 20 against Charlotte when Jordan had been retired for 20 years. Fuck outta here dude. Everything is petty with Lebron. That is the biggest difference between Lebron and Michael, other than the championships. Jordan doesn't pretend to be all buddy buddy with everyone. He wants to rip your heart out of your chest and he will tell you right to your face. He wasn't inviting Isiah to golf or ride on a banana boat. He was barking at him in real time and dominating every aspect of the game. Lebron is more physically gifted, but MJ's brain can't be touched. There is only one true GOAT