My life has been a series of shortcomings. From not learning how to tie my shoes until second grade, to barely learning to ride a bike late into my tween years. 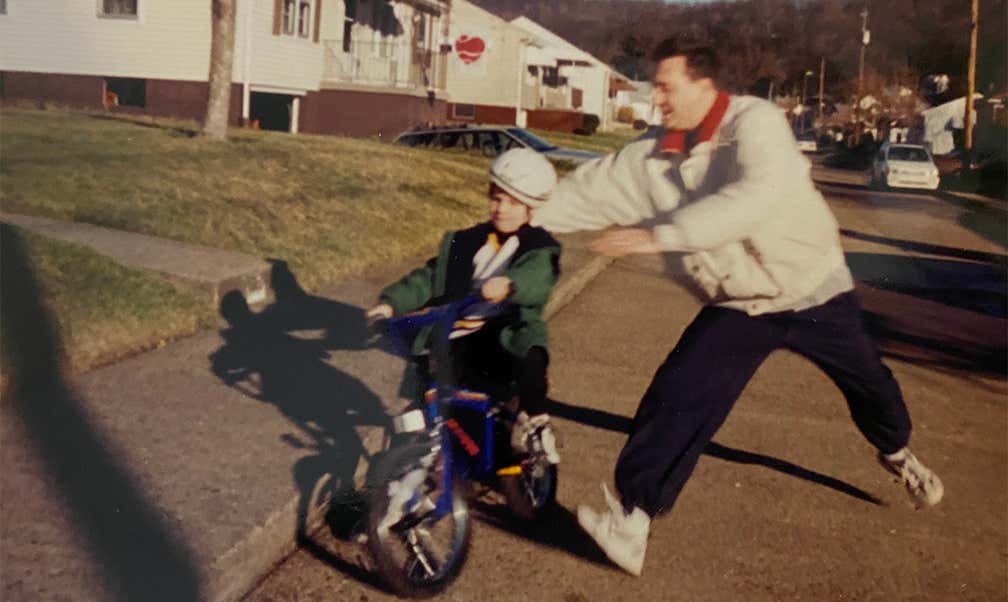 Subpar has always been the standard, but it has never bothered me, as it’s all I’ve known. Who it's really taken a toll on is my parents, and god bless them, they really tried with me. The hopes and ambitions you have for your first born, thinking his future has limitless potential, from sports successes or impressive careers, have to be sky high. Reality hit them like a ton of bricks when all of the other kids my age revealed their dreams of becoming astronauts, baseball players, and presidents, while I aspired to be the hotel manager at the Econo Lodge in Charleston, West Virginia.

I can’t imagine the embarrassment in the school parking lot when asked “Who are you here for?” and they had to answer “Nicholas”. I wouldn’t wish myself on my worst enemy. In most homes, anything but first place was frowned upon, but in the Turani household, if I somehow stumbled ass backwards into a bronze medal, it gets immortalized in a scrapbook. 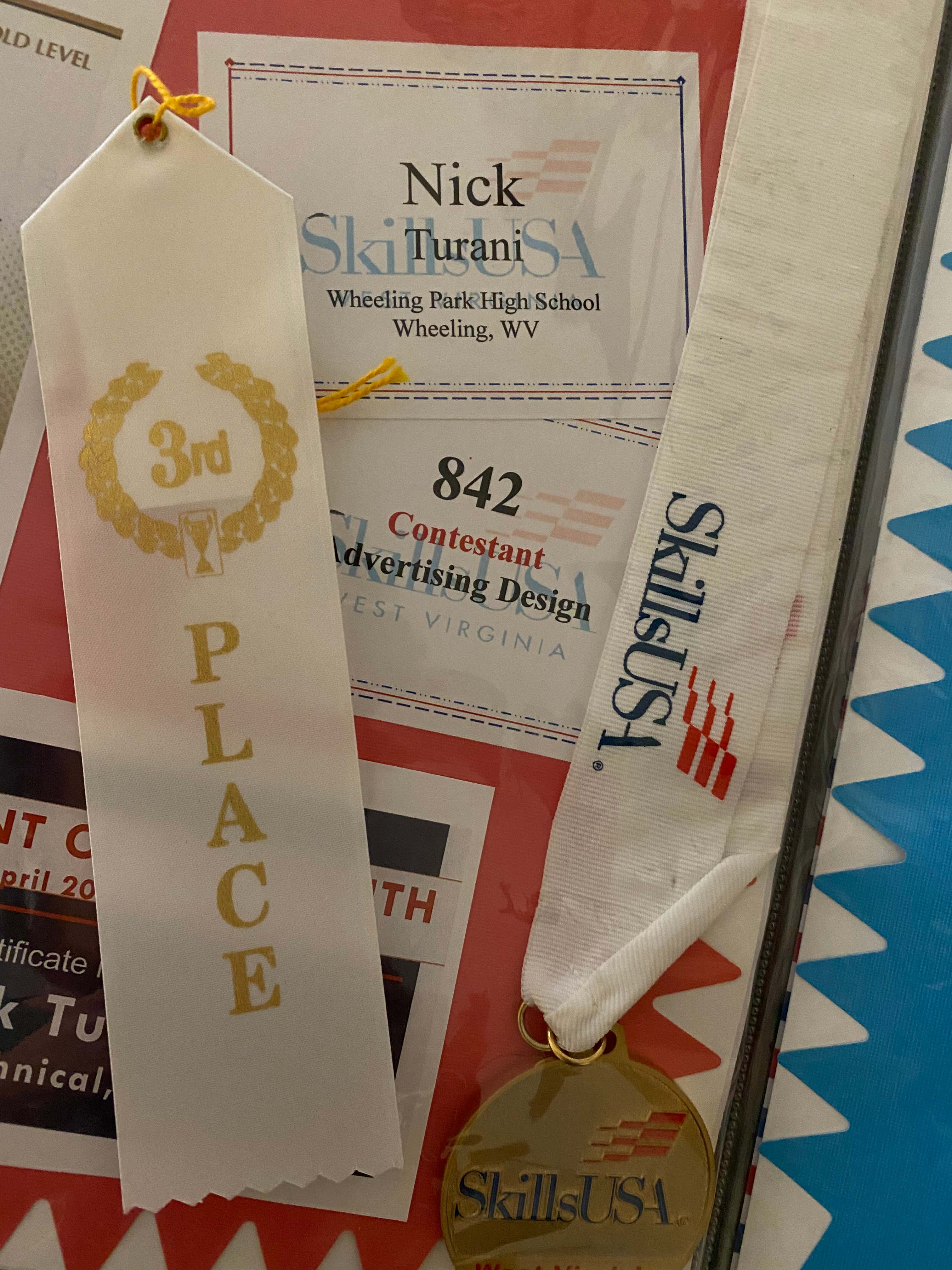 Winning just isn’t in my blood. Failure wasn’t looked down upon, it was accepted. But that was set to change in late January, 2002. Desperation had struck Will and Tracey Turani. With a marriage crumbling beneath their feet, they needed to act fast. The next event was Catholic Schools Week, and it was slated to be a competitive one. Monday was Crazy Hat Day, an event won by Nathan McFadden every year. I never stood a chance. Tuesday was the Whacky Relays, a competition I was not even close to qualifying for. But Wednesday was Harry Potter day, ending with the lookalike contest. The prize for the winner of said contest? A photo right in the Thursday morning paper. A photo in the paper would finally be something worthy of our bare kitchen refrigerator face.

There were  a few major hurdles though. For one, I was not a Harry Potter fan. Secondly, I didn’t have the appropriate garb. Third, my spherical face and the features on said face. And lastly, Beau C., who looked like he was peeled directly off the cover of the Sorcerers Stone, was determined to win it himself. Like a goblin in Gringotts, everybody knew he would take the gold.

The day had finally arrived, and my parents laid out my costume: a cobalt blue robe that seemed like it was crafted with the very cheapest tissue paper, and giant pointy hat that had never once been in either the books or film. I quite literally looked like the first free to use clipart result when you search "wizard clothes". Nobody in the wizarding world would be caught dead in this.

I reluctantly put it on and proceeded to school. Just before the tardy bell rang, Beau swooped into class, a thick woolen midnight black cloak whipping behind him. Everybody gasped. His costume looked like it was purchased directly from Diagon Alley.

Our day progressed as normal until the last period. The time had come. Our designated Harry Potter expert / school librarian, Mary Beth, had come into the room along with the photographer from the Wheeling Intelligencer, surely there to immortalize Beau C. in his wizardly state.

When "Nicholas Turani" meekly escaped Mary Beth's lips, I was half expecting a riot to break out in the classroom. Beau, inconsolable, slumped over his desk, while whispers were passed around the classroom like the Quaffle over a Quiddich pitch. "How?" "Him?" "He's too chubby" all hit my ears at once, but I didn't care, because, in my very underdeveloped brain, I was finally a winner. 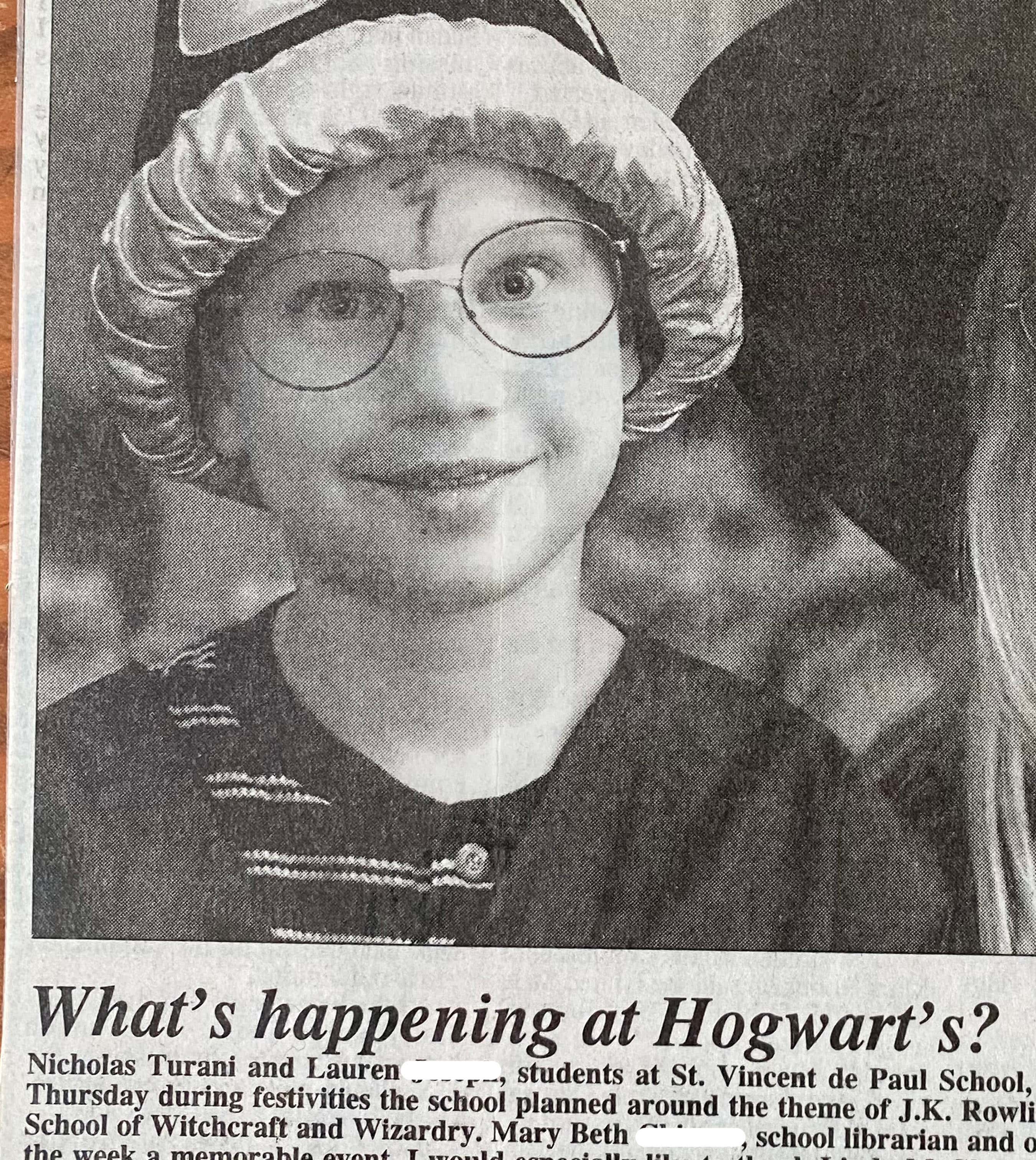 It was my proudest only achievement. I think about it often, but with each passing year I grow more and more suspicious. My class was right. How did I win? My costume and body were both shit. Beau should have won it with ease. He and I no longer stay touch, but I can't help but to think, if he is in prison, it can certainly be tied back to him losing this competition.

I was filled with guilt. Did my parents resort to bribery? Is the school that molded me into the man that I am today, corrupt? I had to find out.

First I searched the judge. Finding her Facebook, I immediately requested her, only to see that our single mutual friend is my very own father. Next I sent an email to the photographer that day, in hopes of any sort of clue, or maybe a confession. A week has passed, and to nobody's surprise, neither have responded to me. 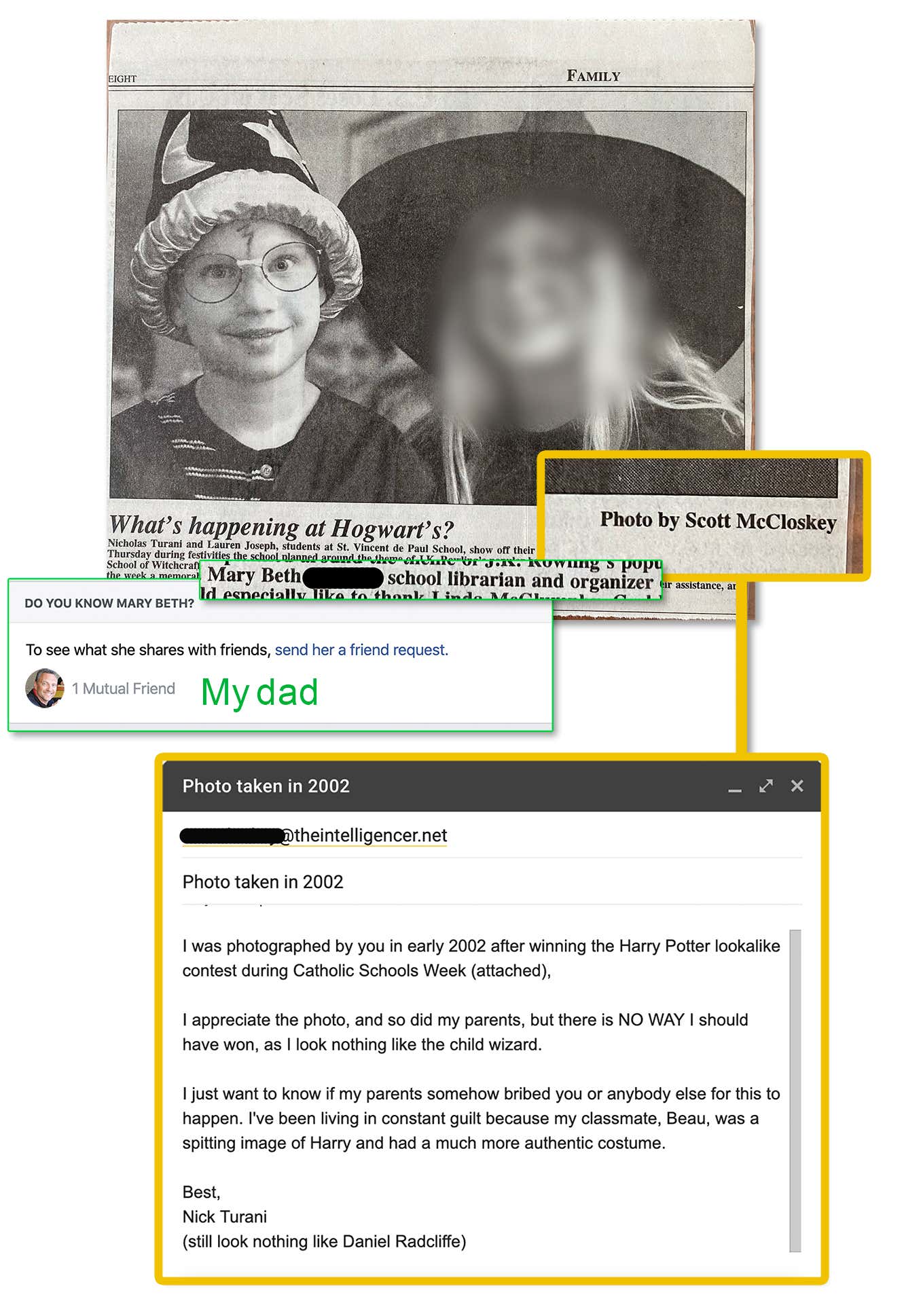 Another clue of note, at the end of the 2002 yearbook, my parents were listed as "Gold Patrons" rather than their typical "Silver Patron" status. Furious denial of foul play from my Mom, and my Dad "not remembering a single second of that" only deepened my suspicions.

I decided to see if the original article held any more clues, and started searching the public newspaper database.

How high up the ladder does this go? Maybe I stuck my nose where it shouldn't be. Am I in danger? Probably.

If this is it for me, I just need to apologize to Beau. I didn't ask for any of this.