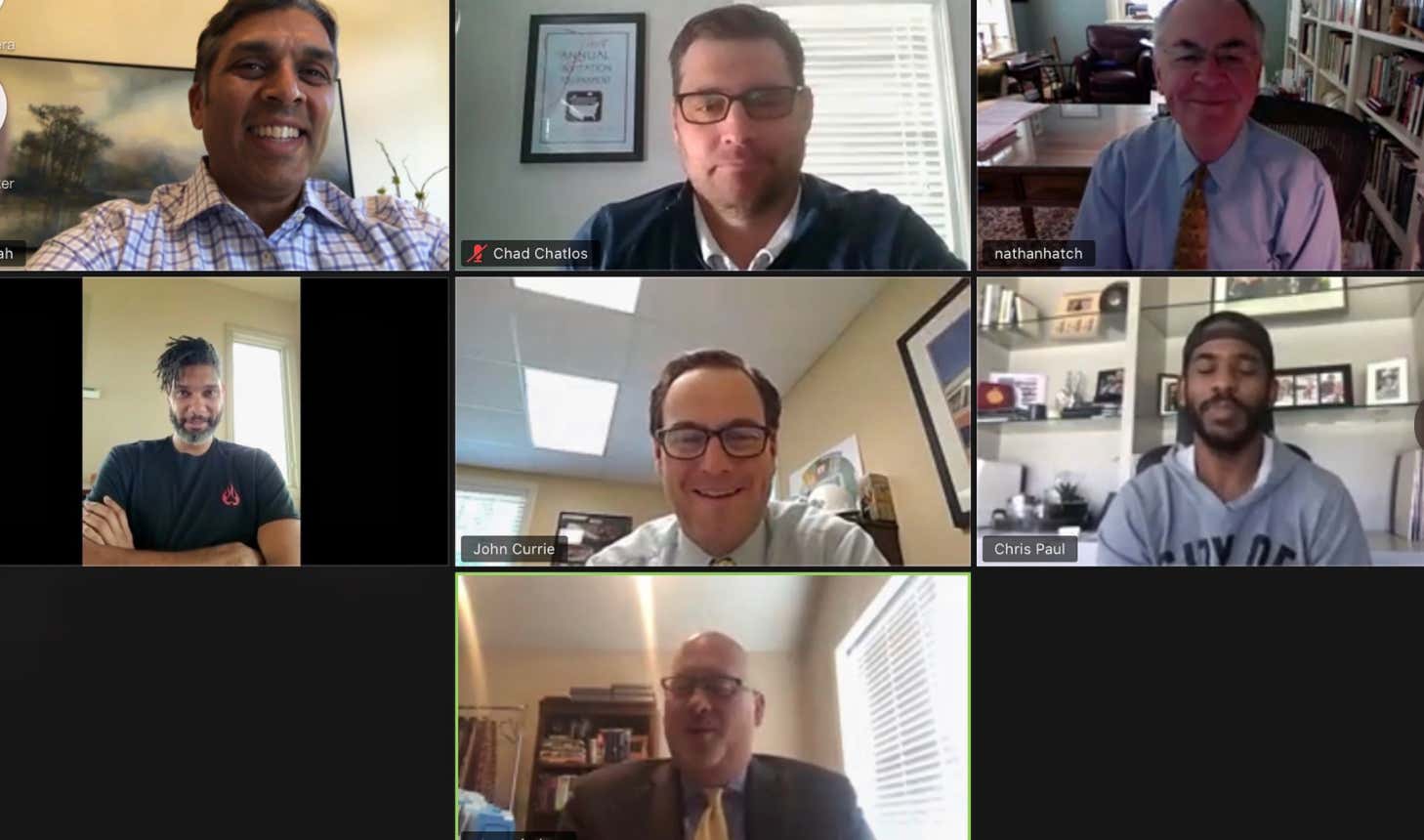 I love Steve Forbes. He's one on the shortlist of college hoops coaches that are the most fun to have a drink with. He's an A+ story teller and he's a bit of a wild card. Shit, look at his introduction to Wake Forest on Twitter:

But now you're telling me that Tim Duncan and Chris Paul played a major role in Forbes being hired? Impossible to fail there now. You don't fail at Wake with Duncan and Paul hiring you. It makes sense. This is exactly what Wake should be doing. Not even just Wake, this is what every college should do. Take the faces of your program. Two guys who were arguably the two best players you ever had and slap them in the hiring process.

You know why else? They donate money to the school.

You need to keep that relationship healthy. But really you want these guys hyping up the program. I get that it's tough for Randolph Childress since he wanted the Wake job and could be let go as an assistant. But those three along with Josh Howard are the guys everyone remembers from Wake with Rodney Rodgers - his accident still being incredibly sad.

I've talked about it before but it makes no sense for Wake Forest to be consistently bad in basketball. Well, outside of shitty coaching in Bzdelik and Manning. But this program was ROLLING under Skip Prosser. I firmly believe they win a national title if Prosser doesn't suddenly die of a heart attack. Then Dino Gaudio takes over and he had them as the No.1 team in the country! It's just been a mess ever since. Forbes is perfect for Wake, as long as fans understand he's going to bring in JuCo guys and let him fix this mess. Pretty much every player is in the transfer portal so we have no idea what the roster even looks like yet.

First step for Forbes should be trying to hire Duncan as an assistant coach though. That'd be AWESOME. Also go back to that era jerseys because they are top-5.