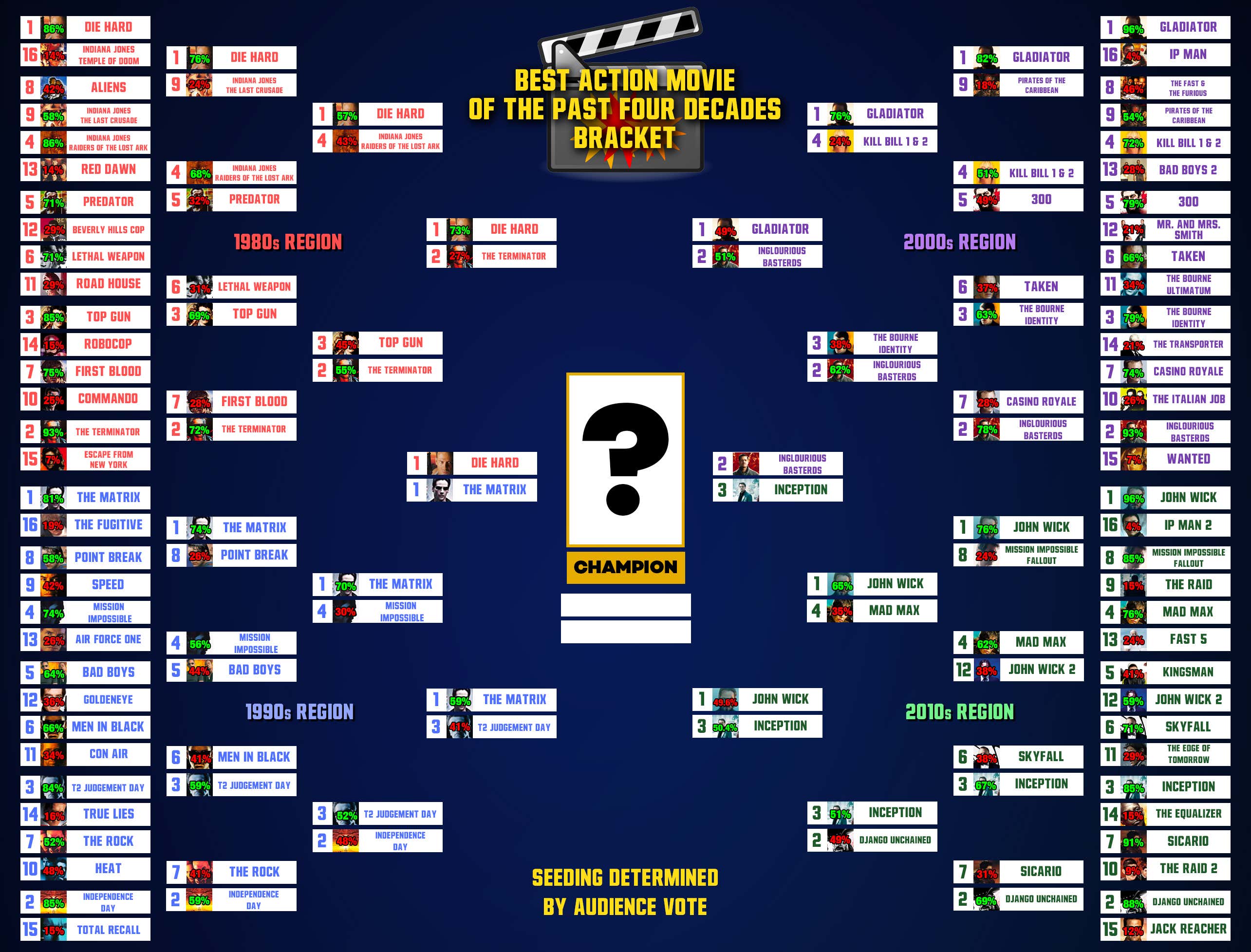 I love both these movies, and I understands giving Die Hard an edge because it is a quintessential action flick. For it to give Terminator this much of a shellacking was a bit of a surprise, though. I guess you guys consider it to be more Sci-Fi than action, which is fair.

Tough sledding for the Terminator franchise in the elite eight. I could easily watch either of these movies on repeat any day of the week and they were both so revolutionary to the genre of action sci-fi in their own ways. This might have been the hardest choice for me personally out of the whole tourney so far. I can't talk about T2 without mentioning how much I loved Robert Patrick in this movie. He was so damn good as the T-1000 and wasy maybe the perfet scary robot actor. From the movement to the facial expressions and especially firing his guns without blinking, which he trained himself to do for the film.

Neither of these movies are ones that immediately come to mind for me when I think of the action movie genre, but hell, that's why you guys did the seeding. I get opting for IB here only because I feel like Gladiator is way more of a drama or historical epic than anything else.

I don't agree with this pick, only because I think 'John Wick' is a top 5 action movie ever that also totally revitalized the genre. 'Inception' may be a better overall movie, but it just doesn't fit that bill for me. This is why you guys are in charge, though.

You can vote in the form below or CLICK HERE.