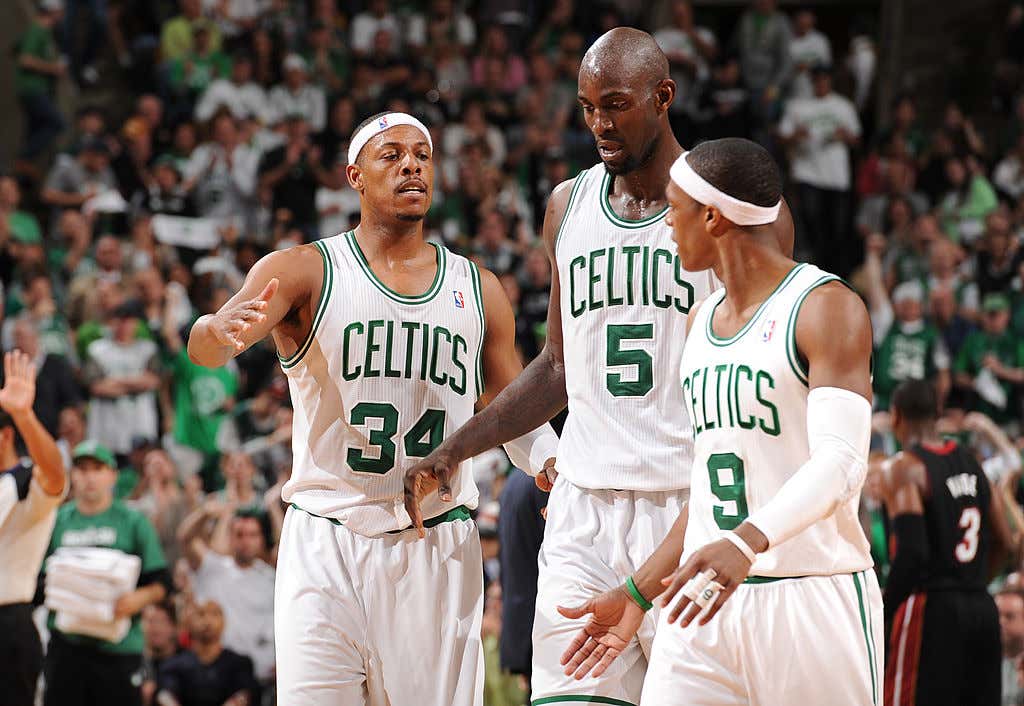 Yesterday the Pats put out their All Decade Team

and you can read Jerry's thoughts on it here. Well naturally it got me thinking of what I would put as my own personal All Decade Team for the Celts. It's been a pretty wild 10 years since 2010, we've seen this team go over a massive overhaul while still being competitive. You might think this is an easy exercise, but as someone who has watched pretty much every second of this team play for the last 33 years, it wasn't as easy as I thought. Especially when you consider the players and moves that have taken place this decade.

So here's what I did. I came up with my starting five, and then also went another 5 spots. Basically a fairly deep playoff rotation. Top 10 guys of the decade. You may not agree with my selections, but I provide reasoning for every pick. Plus this is my blog and which means my opinion is really the only one I care about. Here's where I netted out.

One of the easiest selections of this entire process. Starting in the 2010 season, Rondo played in 211 games before his trade to Dallas. He led the league in assists twice, averaged 11/5.1/10.2 over that span and was even better in his playoff appearances throwing up 16.3/6.3/11.2/2.0 on 47% shooting. We saw him make 4 All Star teams, 1x All NBA First Team Defense, 1x All NBA Second Team Defense, 1x Third Team All NBA. Without a doubt Rajon Rondo was the best point guard of the 2010s. Not debatable.

Maybe you thought this was going to be Ray Allen. Nope, and it has nothing to do with being salty about how he left. It's just a fact that Avery's 7 seasons in Boston before the trade to Detroit were better than Ray's 2 seasons before he bounced to MIA. People forget, Avery scored the most points of any Celtic player in the decade, was a 1x All NBA Defensive First Team and 1x All NBA Defensive Second Team, while also leading all Celtics in minutes during the 2010s.

There's no way my brain was going to allow me to put anyone other than Paul Pierce on this list. While you may think this was an easy choice, we have to talk about Jayson Tatum. Both played three years in the 2010s, and when you look at their production it's eerily similar. You may not believe that but it's true. So while I went with Pierce, I wanted to make sure it wasn't just nostalgia doing its thing so I opened this one up to the people

Pierce was Player B, so it was encouraging to know I wasn't crazy. At the same time, Pierce never made an All NBA Team in the 2010s and Tatum is pretty much a lock to make the 3rd Team this year. It's closer than you think.

I don't even know who else could even be considered for this spot. Yabu? Brandon Bass? Not exactly a dominant group of PFs in the 2010s. That's a reoccurring theme when it comes to big men of this decade.

I wanted to go Perk here, I really did. Love Perk. But he was barely on this team in the 2010s. Maybe you would go someone like Kelly Olynyk, but the answer is Horford. Sure he bounced to a team that wants to be the Celtics rival, but those 3 years he was in Boston was the best center production the team has had in the decade. You're certainly not going with guys like Tyler Zeller, Semi Erden, etc.

Duh. One of the few players in this exercise that has played in Boston for nearly the entire decade. Not sure you can go any other direction. All NBA Defender, Tommy Play icon, fan favorite, can guard all five positions at an elite level, DPOY hype, Marcus is easily the best 6th man of the decade.

Name another player that was as dominant and brought you as much joy as Isaiah did in his 2.5 years in Boston. Impossible. Guy is all over the record books, had one of the best offensive seasons in NBA history, made an All NBA team, made All Star teams, got some MVP votes, basically kick started the rebuild all my himself, the list goes on and on. He's making my All Decade team over Kyrie and it's not even close.

See everything that was said in Pierce's spot. You want a reserve wing on this roster, who are you going with over Tatum? Jeff Green? Jae Crowder? Yeah I don't think so.

Again, the 2010s weren't exactly filled with a ton of great options at center but I can't talk about that era and leave out Olynyk. I still think about his Game 7 against Washington. Having to live through a Kelly Olynyk shot fake was a big part of our viewing experience in the 4 seasons he was in Boston from 2013-2017.

I feel pretty good about this list. Closest for me was Pierce over Tatum, but at the end of the day I couldn't pull the trigger. So, how different would your list be?