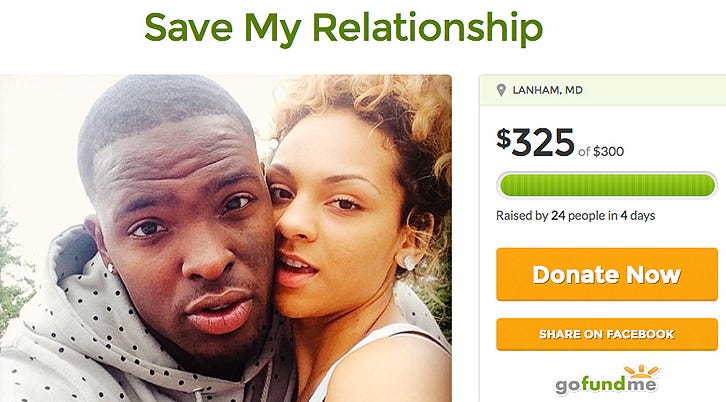 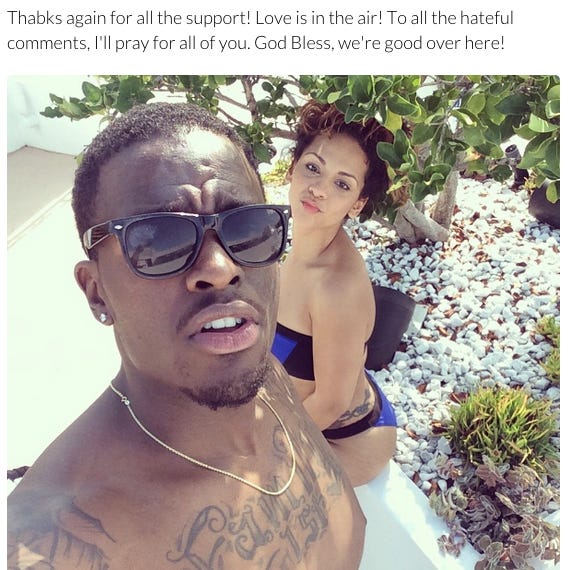 People – The latest attention-grabbing crowdfunding campaign isn’t about reuniting two TV stars or making another Star Wars fan film – no, all Azel Prather Jr. needs is $300 for a plane ticket to Miami, so that he can “save his relationship.”  Prather said his girlfriend and her friends went to Florida for spring break, which has him worried that she will find someone new. “We have a great thing going and I would hate to see it go down the drain for a little sand and sun,” the 25-year-old Maryland resident wrote on his GoFundMe page. “If you can find it in your heart to donate ANYTHING to help save my relationship I would greatly appreciate it.” His campaign has now been shared 1,700 times on social media. After starting off more with “a bump than a bang,” the Washington Post picked up Parther’s story Saturday.  He told the paper he was sincerely worried. “I think the sun just melts all the morals in Miami. It’s a free-for-all!” he said. That sincerity attracted its own supporters. “Sir, I read your amazing story and I must say you are absolutely right,” wrote one Reggie Reg on GoFundMe. “In the Bible it says ‘thou woman not loyaleth when it Miami’ – Austin 3:16. So with that being said The First Baptist of Freebands would like to donate to your cause.” (Reg gave $5.)  Of course, not everyone fully believed in the merits of Prather’s cause.  “The lady I got love for miles away,” on user on Twitter joked. “Plane tickets expensive. Let me pull a ‘Zell.’ ”  Prather responded, “My GoFundMe was from the heart … meant it.”  The cause seemed momentarily lost – three days in, the campaign had raised only $91, according to the Post – and Prather said his girlfriend’s social media activity had him worried.  “She’s posted on Instagram two times and both times she was in a bathing suit and it received  more than 200 ‘Likes,’ ” he told the Post. “I asked her to stop. That’s too many likes for me.”

Dude next time let me save you the trouble of packing a bag, and hopping on a plane, and being the LOSER boyfriend who’s so controlling over his girlfriend he needs to crash the girls weekend on Spring Break. Next time just take that $340 bucks that all these dumb ass strangers gave you and head over to the strip club with a few buddies. Hit the town and find some strange new ass and get all up in there. Because if you cant trust your girl to go away for the weekend and not get filled up with dick, she’s probably not a keeper. I mean this dude knows his girl better than any of us. Just look – she brings out the #LightSkin in him: 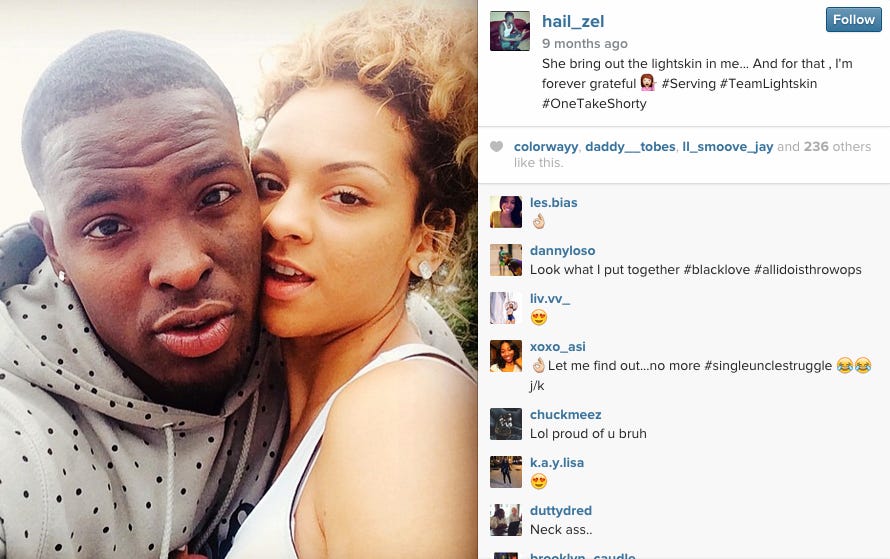 So if Azel knows his girl cant go to Miami without cheating, then he’s probably right. And if you can look yourself in the mirror and say “My girlfriend is gonna fuck another dude in Miami if I’m not there” then you need to cut the cord.

Or the flip side is you’re a paranoid, controlling, insecure dude who can’t afford a plane ticket to Florida. In which case she’s inevitably breaking up with your broke ass anyway. So bottom line is you should have taken that money and done something else with it, because this relationship is cooked either way.

But I guess congrats on another person who convinced some dummies on the internet to give him money. Looks like you and your girlfriend that probably secretly hates you and despises that you showed up in Miami had a great time.