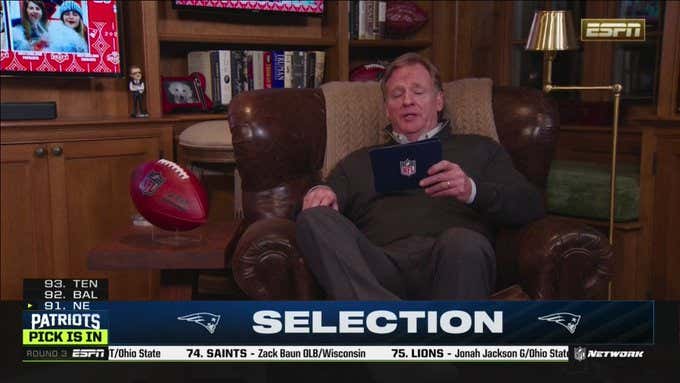 There's something kind of disheartening to see someone evil do something good. And weirdly unsettling. I don't how much overlap there is between Barstool fans and big Francois de La Rochefoucauld readers, but as that old 16th century Frenchman put it, "There are bad people who would be less dangerous if they were quite devoid of goodness."

That's why I think we feel a little ambiguous when we hear about some Central American drug kingpin building homes for poor families or the Mob giving money to the Church. Hell, one of the worst pieces of footage you see in every WWII documentary is Hitler petting his dog or dancing a jig at Berchtesgaden with some little Hitler Youth kids because they're reminders that he didn't ascend from the depths of Hell; he was actually human. A terrible, terrible, monstrous human being who can toss Satan's salad for eternity, but a human being.

I don't want that. I prefer my villains one dimensional. It took me years to get over Darth Vader at the end of "Return of the Jedi," having his helmet come off to find out he's just a sweet old bald guy who could be doing an ad for Symbicort. I didn't want Sam and Frodo to get to Mordor only to find Sauron had adopted a dozen underprivileged Orc babies. I like to keep the line between good and bad clearly drawn.

Roger Goodell is set to make $40 million this year, give or take. Divide that by 12 and it means he gave up $3.33 million this month. Make no mistake, I still think Goodell is the focus of evil in the universe. But there's no debating this is a good thing he's done. Providing, of course, that the money is going to keep regular NFL employees on the job and help prevent layoffs. And not, say, to give money back to the billionaires or just as a symbolic gesture. As far as that goes, I'm going to do something I would never expect from him. I'm giving him the benefit of the doubt. The devil his $3.33 million/month due.

So in that spirit, I'm going to congratulate him for this. And forgo my right to say he's finally getting paid what he's worth. Because that would be inappropriate. You've done good, Mr. Commissioner.

P.S. I don't use that muscle very often. I'm going to be sore in the morning.