We've avoided the topic for long enough. It was almost like the blog didn't wanna touch the most talked about topic on the internet, but I've had enough. The time has come to discuss the big baby.

I'm sure you've seen the videos:

The Big Baby has become a meme across the internet. However, it appears we are all being worked. It's almost like this is straight out of the WWE.

SOURCE-When 3-year-old Gavin was born, he was a fairly average-sized baby — 6 pounds, 15 ounces; and 19 inches long. But since then, the toddler has grown. A lot.

Wait a second….he's three? About to be four?!? All this outrage is over a soon to be four-year-old? At first, I believed he was 1-and-a-half, maybe 2? I haven't been worked like this in AGES.

The baby hails from the midwest, which is the most believable thing of all time, but also takes away from the allure of him. If you walk into a preschool in Iowa, every single kid looks like this. Just a bunch of kids who look like they could play RG for the Hawkeyes one day.

His mom seems to be eating this whole thing up. Even saying that her child already has haters: 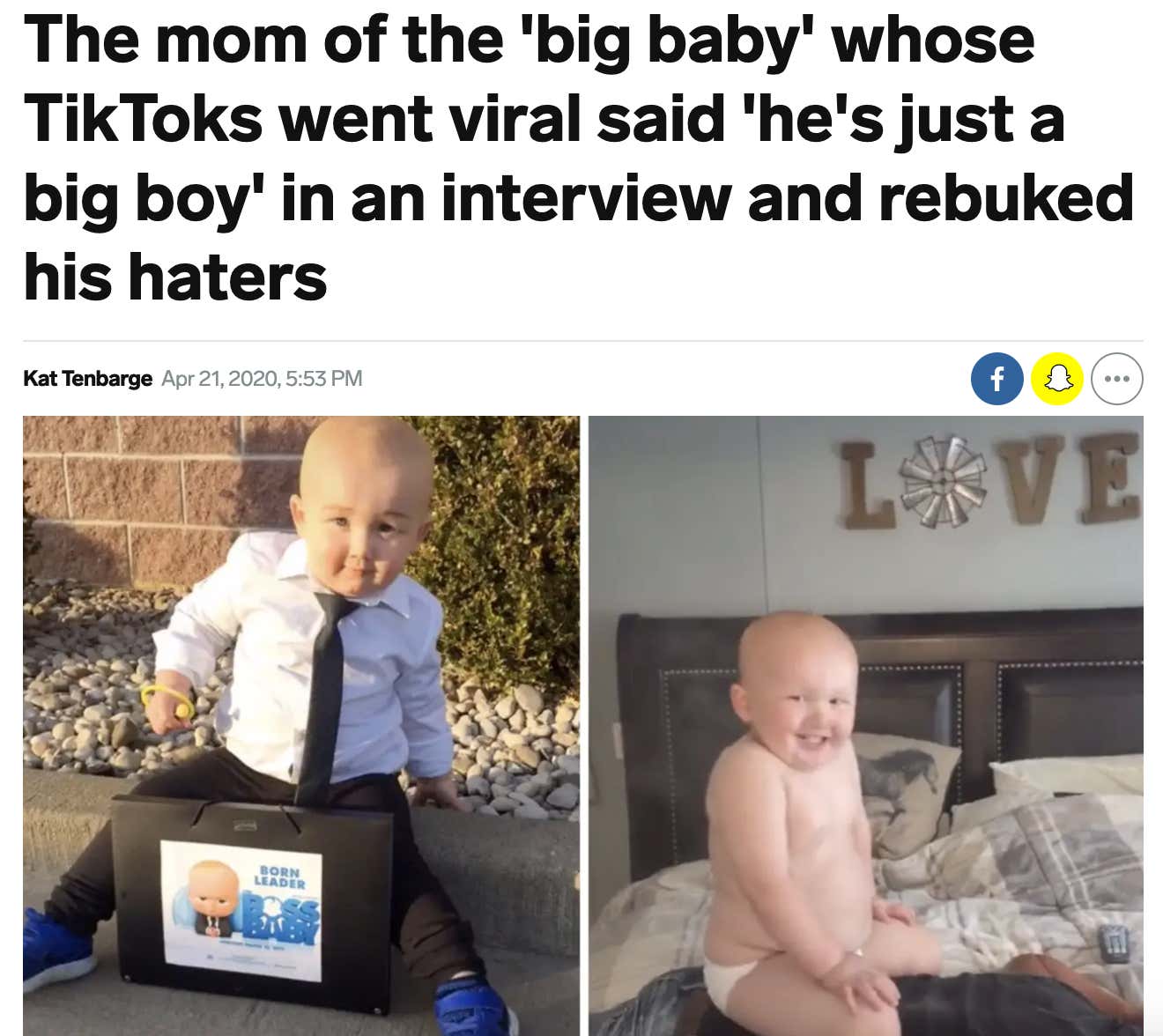 I'd say it's more you're dressing your 4-year-old up like a BABY for TikTok views. That being said, anything for clout. She's not necessarily wrong, because the big baby is finding himself with a large amount of hate. 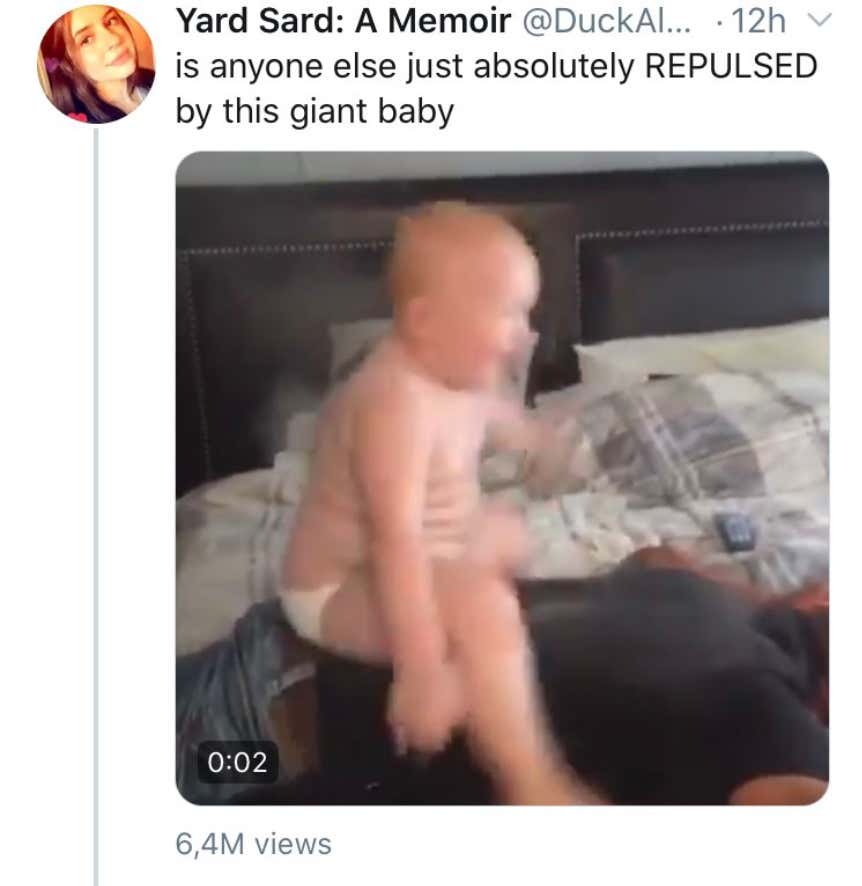 That being said, he has found some love as well. He's like a president. 40% love him. 40% hate him. The remaining 20% determine whether or not he has an above 50% approval rating.

This is a weird version of nightmare fuel: 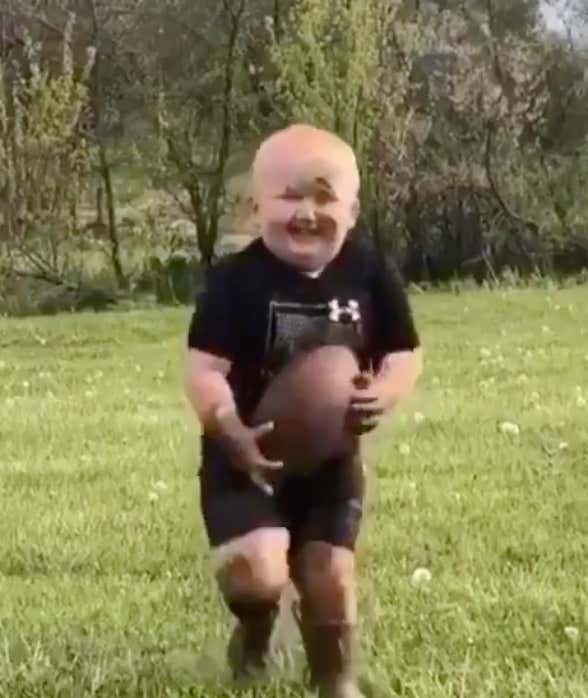 It would be something if this kid keeps growing and turns into an offensive lineman for Iowa or Nebraska. I can see Kirk Herbstreit talking about him between plays with his TikToks playing.