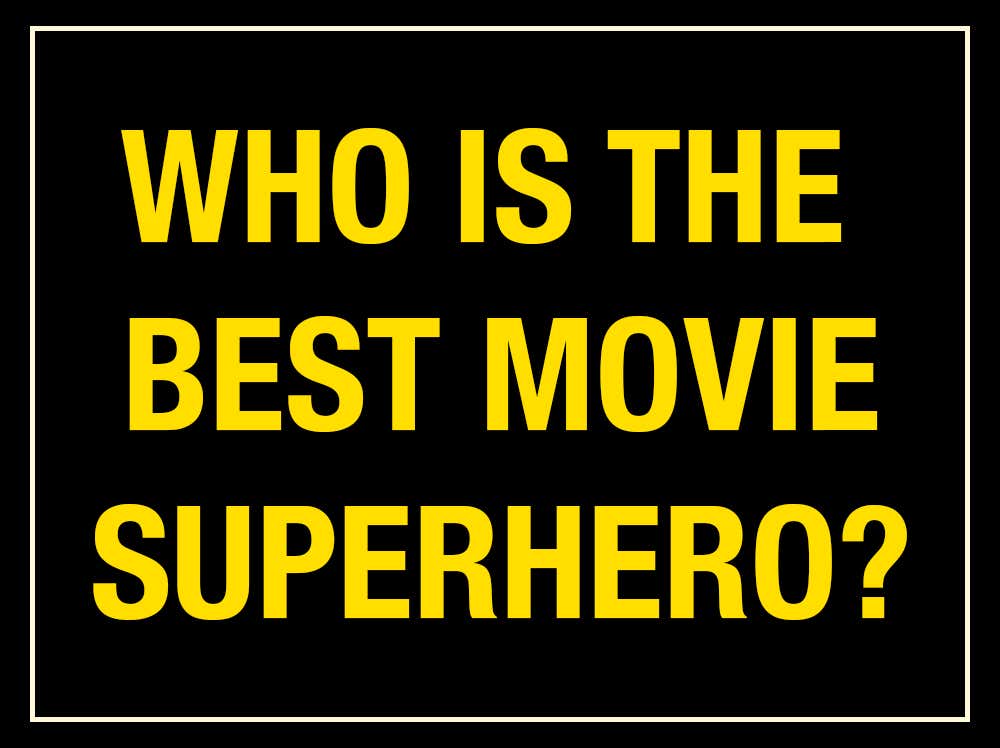 In honor of National Superhero Day, there is no better time to do a good ole fashion ranking of cinema's superheros. You can define "best" however you want. For me, this is how my list would look:

The Bale Batman is undeniably great. He is a cool, rich asshole as Wayne and badass stoic as Batman but sometimes I wonder how much I would have liked the portrayal without a great villain at his side like Ledger's Joker. I mostly think this because I like his performance less in both 'Batman Begins' and 'The Dark Knight Rises'. That's my only hesitation in bumping him to an auto #1.

Ryan Reynolds worked a long time to get this movie and this character done the way it deserved, and it paid off. We've talked about it on LCB before, but I think he is one of the few comic book movie characters that I think truly could not be recast with another actor. He's extremely funny and is the only hero with an R-rating to his name, which definitely gives him some extra juice in this ranking.

Star-Lord is easily one of the most relatable superheroes in that:

2. He isn't rich or super smart

3. He is a schlubby yet lovable oaf

Pratt plays him to perfection, and is written extremely well by Guardians director James Gunn. He's impossible to hate (except when he fucks up the whole plan to kill Thanos and stuff)

I'm not sure if anyone on my list has poured more of their their heart and soul into their character than Jackman did with Wolverine. He has over a decade of movies (some good, some bad) and one of the best endings for a comic book movie character I've seen in 'Logan', which is also one of the top 3 comic book movies ever in my opinion.

I think the easiest way to sum up how I feel about RDJ's Iron Man is to put him head to head with the rest of the heroes on my list.

Batman is definitely his closest comp among any superhero there is from a character standpoint. Iron Man is just a lot cooler, funnier, and "relatable" if you can call it that. I'd like to think that I could be Iron Man too if I was just, you know, actually smart and in shape. The prospect of me gaining either of those traits are about as slim as getting actual superpowers, but at least there is hope.

Iron Man doesn't have the powers of Deadpool, but his humor and personality is way more effortless and less try-hard than his. Plus, Deadpool is poor and lives with an 80 year old lady. Actually, I'm living with my lady's 90 year old Grandma at her house right now, nvm.

Like I said before, is way easier to empathize with Star Lord because his personality and "powers" are closest to all of ours, despite being a space pirate. That said, I sort of want what I can't have AKA Iron Man's intelligence and money.

Wolverine is bad-ass and really easy to love. Jackman is so synonymous with the role and played him to perfection for so long through good and bad, but he's just the 1b to Iron Man's 1a. I think the edge is that Iron Man is more flawless of a movie character through both the moments of levity and the moments of drama.

Who do you think are the top 5 best movie superheroes? You can vote below or access the form directly HERE. If there is a choice not on the form, write it in.