In 1964 I was eight years old, baseball was my favorite game, and Boston Red Sox rookie Tony Conigliaro was my favorite player. Born in Revere and a star at St. Mary’s High School in Lynn, he was signed by the Red Sox in 1962 at the age of 17.

He was tall, he was handsome, he hit home runs, and every little leaguer in Massachusetts emulated his batting stance. He was a favorite of the ladies too. Long before there were pink hats, Tony C enticed women to come to Fenway Park and watch baseball. In 1965 the slugger recorded “Little Red Scooter” and performed it live on The Merv Griffin Show. Tony C was a talented athlete with a dynamic personality and Hollywood good-looks. 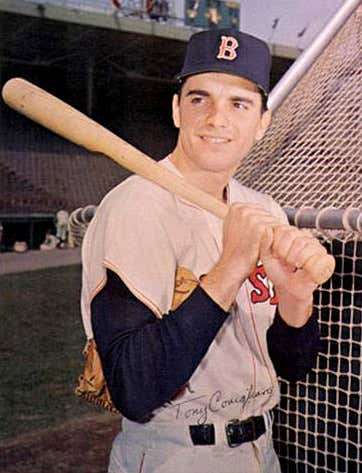 In his first Fenway at-bat in 1964, he hit a home run. He went on to hit 23 more despite an injury that limited him to just 111 games. In '65, Tony C became the youngest player to lead the American League in home runs with 32, but the Red Sox still managed to lose 100 games and finish 9th in the American League. They remained 9th in '66, losing 90 games.

In 1967, new Red Sox manager Dick Williams predicted: “we will win more ball games than we lose”. Tony C immediately became the catalyst for that promise.

Selected to the All-Star team in ’67, Tony C became the youngest player in American League history to reach 100 home runs. Red Sox fans knew they had a legitimate homegrown superstar. With a chase for the pennant full-on, life at Fenway was good.

On August 18th, Angel's pitcher Jack Hamilton threw a fastball high and tight that Tony C couldn't get out of the way of. On deck hitter, Rico Petrocelli heard the god-awful sound which he compared to the "crushing of a melon".

Conigliaro had always been a plate hanger and opposing pitchers not wanting to give in, pitched him inside. Wearing a standard batting helmet and not one with an earflap, Tony C took a direct hit. He went down immediately, suffering a broken cheekbone, dislocated jaw, and a damaged retina. He was carried off the field on a stretcher while a stunned and silent Fenway crowd looked on.

Conigliaro missed the remainder of the '67 season which included winning the American League pennant on the final day of the season and the seven-game World Series loss to the Cardinals. He did not return to baseball until 1969, a season in which he was named “Comeback Player of the Year” hitting 20 home runs with 82 RBI. In 1970, with his younger brother Billy in the Red Sox outfield and Yastrzemski moving to first base, he put up his best numbers with 36 home runs and 116 RBI. After that season his eyesight rapidly declined.

After a brief and unsuccessful stint with the Angels in ’71, Conigliaro returned to the Red Sox in ’75, attempting one final comeback. A local hero, Conigliaro's return received a lot of well-deserved hype.

In 1975, I was attending Boston University, and two of my friends and I were amped up to go to Tony C’s first game back at Fenway. We got on a BU bus on Commonwealth Ave. by Nickerson Field and we were told once it filled it would head to Fenway. We snuck a couple of Miller pony packs on and we were content to wait for the bus to fill. After 40 minutes the beer was gone, the bus hadn't moved, and we had to consider Plan B.

We got off the bus and started running down Commonwealth Ave. and by the time we got to Kenmore Square, the game was sold out. Jay and I were all but defeated, until Gil, a BU Wrestler and the slinger of some of the best BS this side of the Mississippi, came up with Plan C. 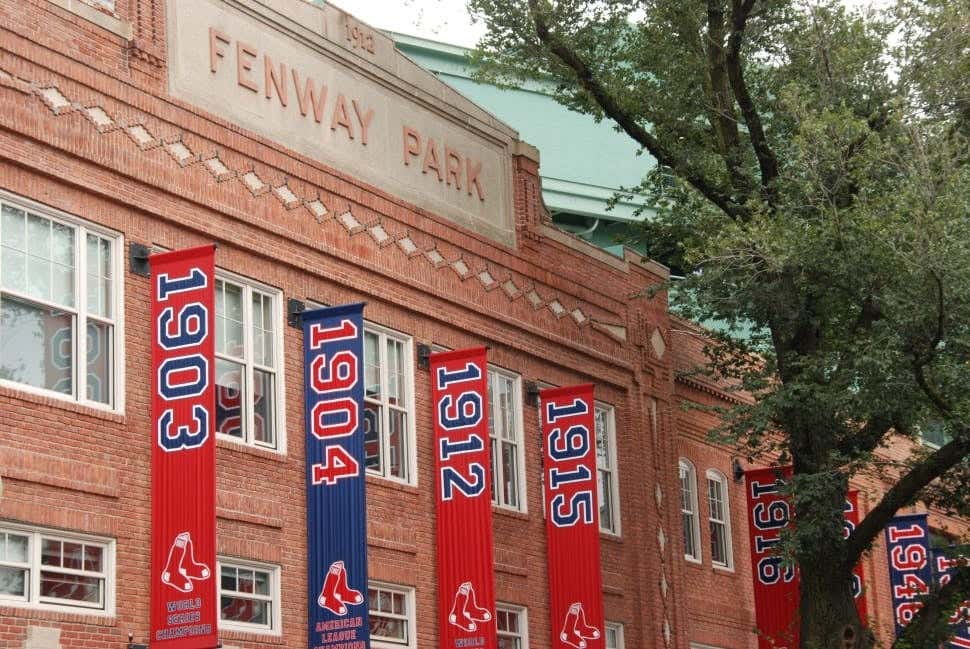 In 1975 most ushers at Fenway weren’t a day under 75, ancient silver tops and easy prey for a slickster like Gil. He went up to one usher and said “We’re BU students who work for the Ogden Food Company and we’re late because we had an exam. We have to get in immediately!” The usher was uncertain what to do and so he sent Gil to a second usher standing inside the turnstile. We didn’t hear much of what was said, but Gil pointed to us standing by the first usher and after a moment of indecision, the second usher waved us in. We got into Fenway Park through the front door and without tickets. The Ogden Food Company had nothing to do with Fenway or the Red Sox. Gil was immediately declared a genius.

Once inside, not having tickets created another hurdle, but Gil negotiated for seats in the second row, between the Red Sox dugout and home plate, and without any money changing hands. I’m sure by now Gil is either a successful CEO or serving time.

When Tony C stepped up to the plate the place went crazy! I've never heard a louder, longer ovation for any Red Sox player, including Yaz and Big Papi. When play resumed Tony C stood in. He went through all his regular at-bat preps, his stance exactly as we all remembered, perfect! The kind they teach in little league. 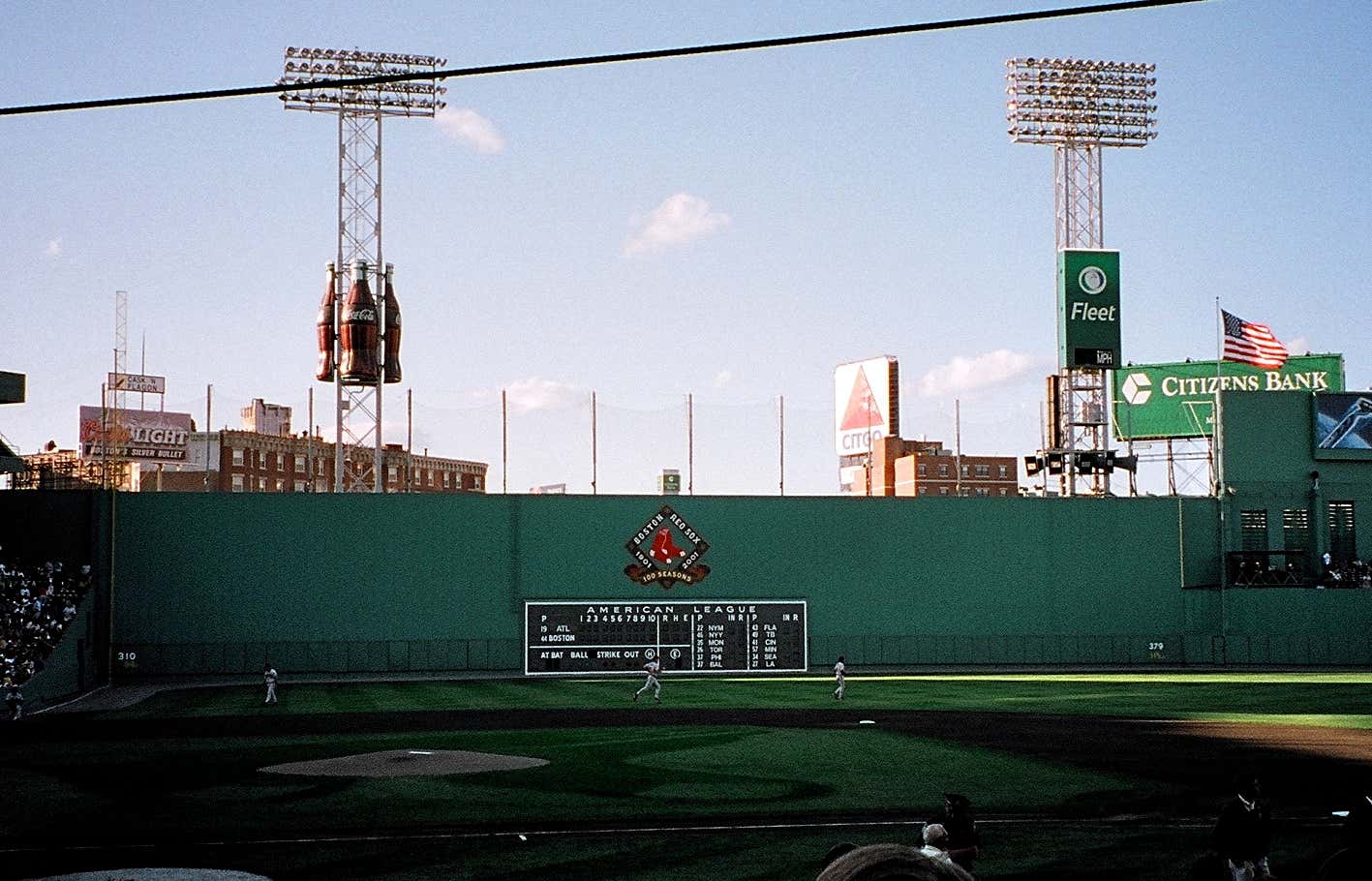 I'm pretty sure if it was in his first at-bat, the drinking age in Massachusetts was 18 and we were maintaining a more than respectable pace, that he cranked one and off the bat it looked like more than a base hit, but it ended up being a long single. It was an incredible moment, one I’ll always remember. Fenway went wild. Electrifying! Then he went and stole second base.

We all thought Tony C was back, that the friendly confines of Fenway Park had restored the magic. But, after playing in 21 games and managing just 7 hits in 57 official at-bats, he announced his retirement from baseball. We typically remember our heroes as "forever young" and my memories of Tony Conigliaro are of him in his prime, when he was the most popular athlete in Boston.

Tony C is remembered by guys like me who tell stories like this. Listen to us, if only because someday you'll want someone to listen to you.